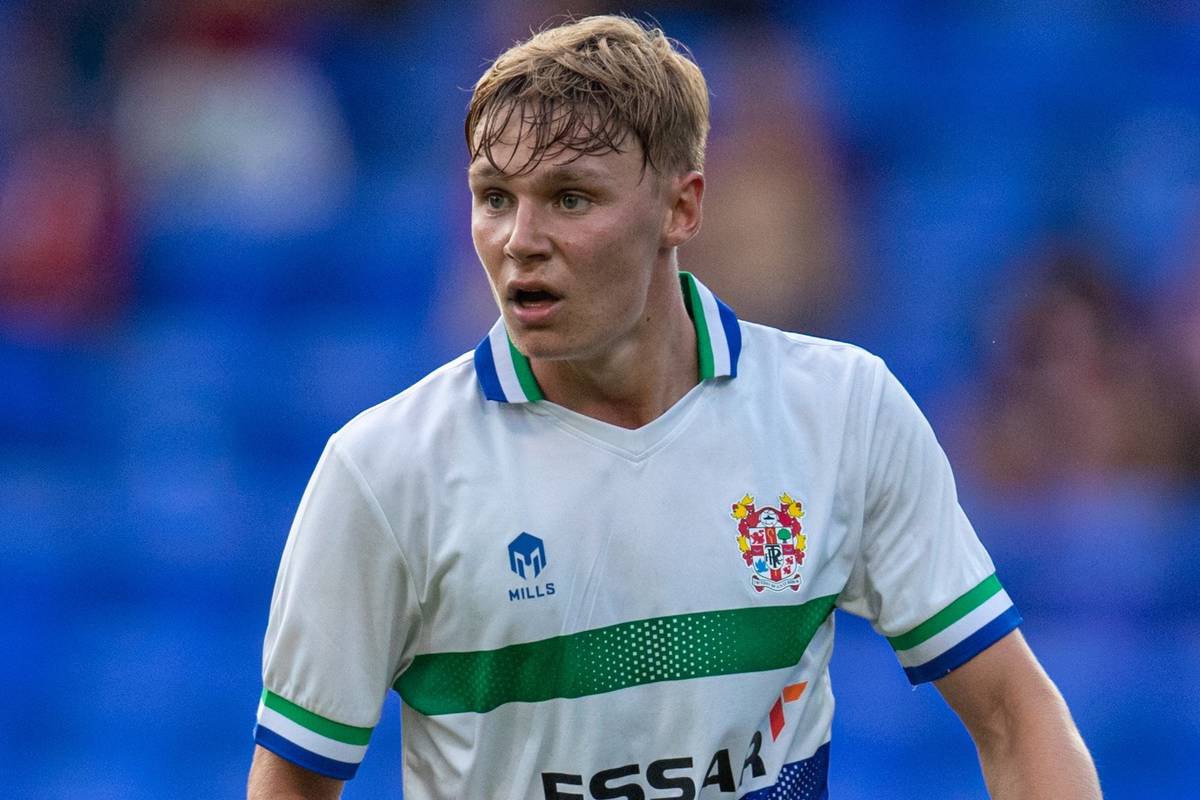 Just 13 minutes into his comeback for Tranmere, Liverpool striker Paul Glatzel suffered a recurrence of the hamstring injury that kept him out for six months.

It has been a nightmare year for Glatzel, whose first season on loan at Tranmere came to a frustrating end in March as he picked up a hamstring injury in a 3-2 win over Mansfield.

The 21-year-old returned to the AXA Training Centre to undergo his rehabilitation, before another temporary move over to Prenton Park was sanctioned on deadline day this month.

He did so while still short of fitness, but manager Micky Mellon was clearly convinced enough of his ability when available to sanction another transfer.

After six months out, Glatzel made his return to the pitch as a substitute in Tuesday’s home clash with Bradford City.

The youngster replaced Elliott Nevett in the 71st minute, with the scores at 1-1, but less than a quarter of an hour later he was forced off again.

Andy Cook had scored the eventual winner for Bradford before then, with Glatzel sinking to the turf soon after, and speaking after the game, Mellon described it as a “soul destroyer.”

“I think he’s done his hamstring, which is heartbreaking for him,” the manager told Tranmere’s official website. 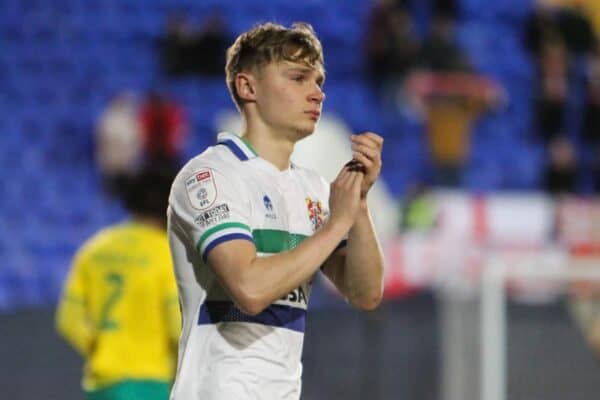 “He’s heartbroken in there himself, because he’s worked so hard to get back again. That’s a soul destroyer, isn’t it?

“We’ll obviously see where it is over the next 24 hours for him, and that’s something else we’ll deal with.”

It is a bitter blow for Glatzel, who was plagued with a series of injuries during his first loan at Tranmere, though it remains to be seen how long he faces out.

The hope will be that it is a minor issue – with many supporters of the belief that Mellon had rushed him back due to Tranmere’s poor form – and he will require scans to determine the extent of his injury.

Liverpool are likely to provide assistance when it comes to any fitness issues for Glatzel, with the short trip back to Kirkby allowing the striker to receive elite-level treatment.