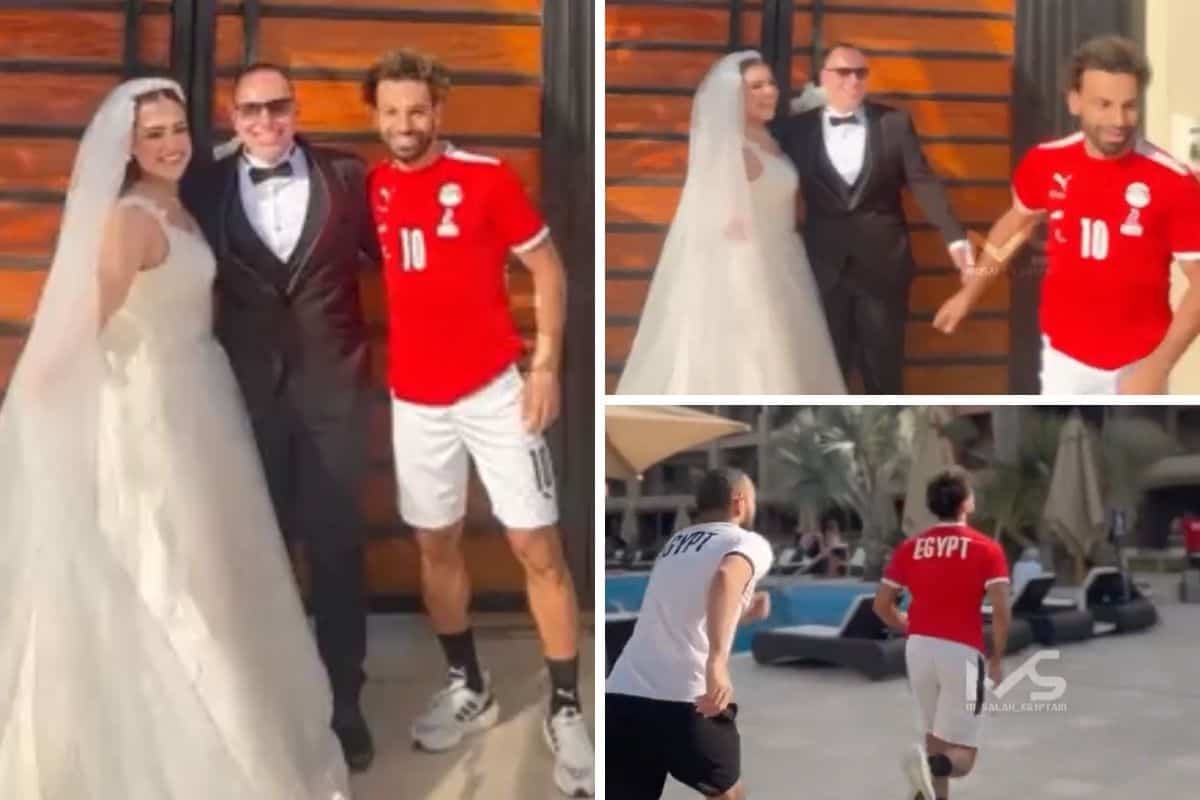 Footage has emerged showing Mohamed Salah posing with a newlywed couple while away on international duty with Egypt.

The Liverpool talisman is back in his homeland and is set to captain his country as they host Niger on Friday and Liberia next Tuesday.

Salah left the couple with a moment they’ll never forget, generously taking some time out to pose for a photo with the bride and groom.

The footage is believed to be taken from Egypt’s team hotel in Alexandria. It was only a brief appearance, before Salah quickly rushed off to continue his preparations for the upcoming matches.

It’s certainly not the first time we’ve seen such a generous gesture from the Egyptian, who is always more than happy to take some time with his fans whenever possible.

He has endured a tough year with Egypt, having been beaten by Senegal in the Africa Cup of Nations final, and missing out on a place at the World Cup to the same opposition.

But the Liverpool no. 11 still looks to be in good spirits ahead of his nation’s latest friendlies. 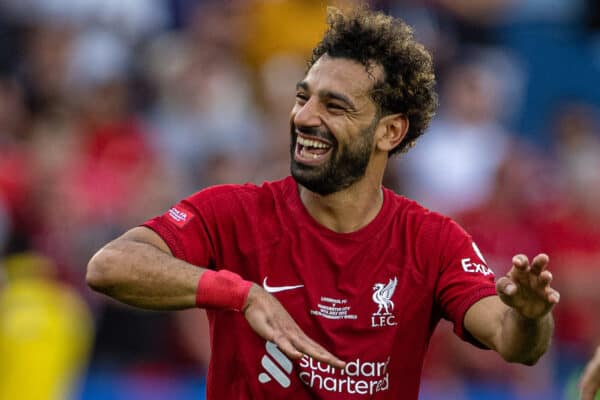 Much like the entire team, he has struggled to find top form so far this season, but his performance against the Dutch champions was certainly more encouraging.

Salah posted several images of him working hard in the gym in the build-up to the international break, with his next action for the Reds likely to come when they host Brighton on Saturday, October 1.

For now, it’s nice to see him with a smile on his face, and the lucky couple who were lucky enough to meet him have a moment they will never forget.