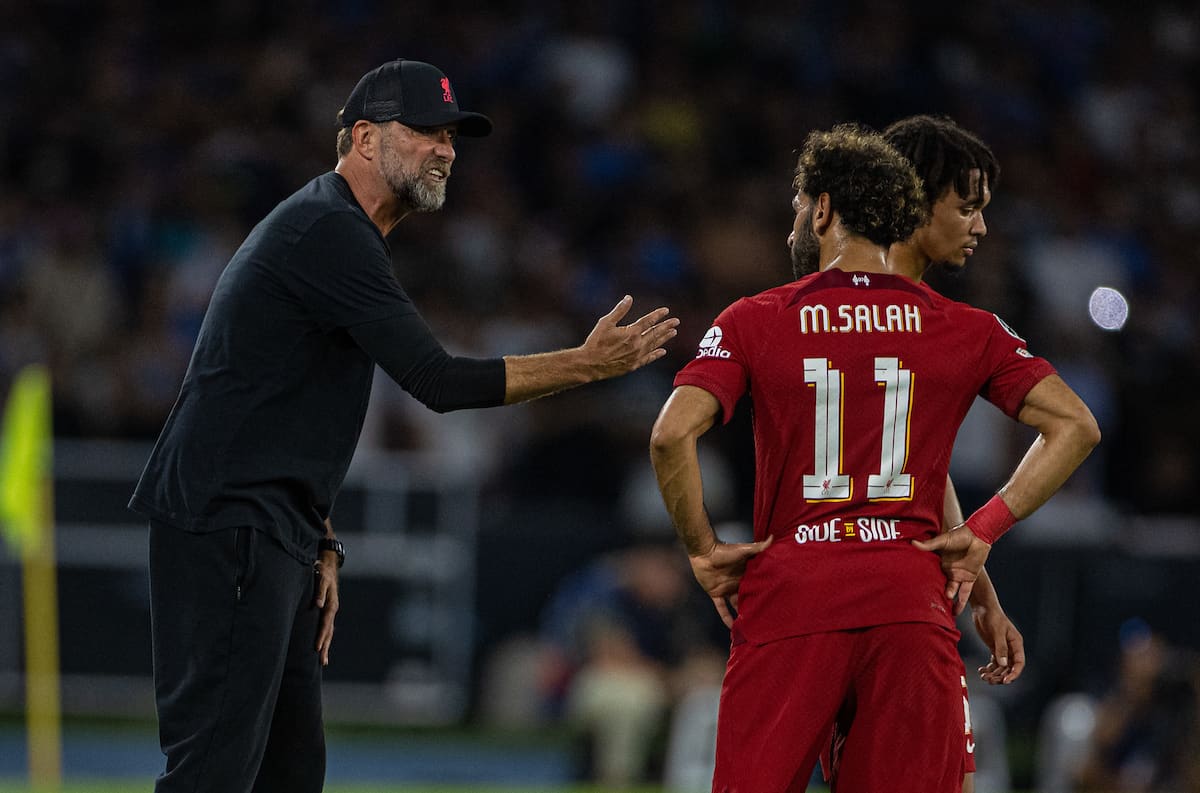 ‘The problem is not the high line, it’s the lack of pressure’ – Jurgen Klopp

Liverpool were picked apart in Napoli and their high line, again, attracted attention after the Italian side sliced through the team, but the set-up is not the issue, it’s the lack of pressure.

Jurgen Klopp‘s side are currently unrecognisable, and the 4-1 defeat at Napoli felt like it had been brewing for some time after a dismal start to the campaign.

Liverpool were 3-0 down at halftime, the lack of pressure on and off the ball inconceivable when you consider the identity of this side has long been associated with intensity.

The performance placed the high line under the microscope once more, a tactic that has served the Reds well in their bid to turn the ball over and create goalscoring opportunities.

That’s the result when it is going well, but when the team is disconnected and without sustained pressure, the opponent can have free rein, as Napoli did on Wednesday evening. 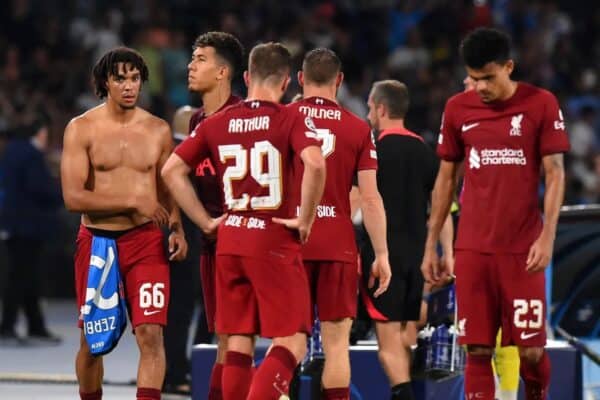 The inability to close Napoli down made the high line a “risk” as the Reds were not compact enough to handle their threat, but Klopp insists the “problem is not the high line,” it’s the pressure acts, or lackthereof.

“We were never compact. I cannot remember a situation where we were compact. We had not one counter-pressing situation in 60 minutes, in a game where we lost a lot of balls,” Klopp explained.

“Just because we were too far away from everything. That means too wide in possession, we don’t push up with the last line, the midfield is not connected.

“The questions now, because I know the boys want – they want to win football games – and the questions why they don’t do, that’s obviously my job to figure that out.

“The high line is only a risk if we don’t have pressure on the ball. If we have a high line and we don’t have any pressure, yes, then it is a risk – but it’s usually not the case.

“Until Thiago entered the pitch I can’t remember one counter-pressing situation. The answer for this is we were just too wide,” Klopp told BT Sport, a damning assessment.

Liverpool are far from their best, but the manager said it best when he told reporters: “If you are not playing exceptionally well you can still defend on a really high level, you should be able to do that.”