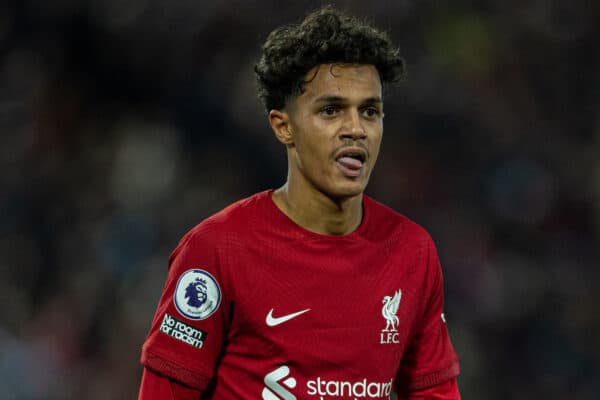 Alisson and Darwin Nunez took much of the plaudits after Liverpool’s 1-0 win over West Ham, with their match-winning contributions at either end.

The Reds were looking for three wins in succession on Wednesday night, but a stubborn Hammers side wouldn’t be easy opponents.

It was Nunez’s brilliant header that was the difference between the two sides, with the Uruguayan powering home in the first half for his first home goal for the Reds.

The victory takes Liverpool into seventh place in the Premier League as they continue to show signs of a recovery.

It was Alisson (8.4) who got the highest rating for the second game in a row. The Brazilian most notably saved Jarrod Bowen’s penalty, but the rest of his game was also immaculate.

TIA’s James Nalton said that Alisson “contributed greatly” as the Reds struggled to kill the game off.

Meanwhile, Ian Doyle of the Echo highlighted how the Brazilian “sprung out a leg” to deny Tomas Soucek late on.

In second place was Nunez (8.1), who proved to be the match-winner and also came close a number of other times.

According to FotMob, the Uruguayan had six shots and also enjoyed an 86 percent pass completion rate, showing he was more reliable in possession than in other matches this season.

Nalton described the skipper as “a threat running in behind the defence,” while “one great block” by Van Dijk was hailed by Doyle.

Liverpool’s lowest-rated player on the night was Joe Gomez (6.0), who gave away the penalty with a needless foul.