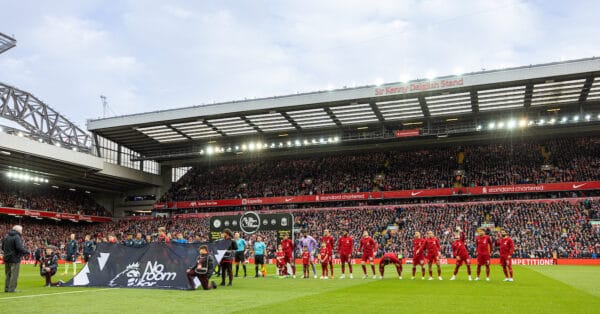 The Premier League have finally (almost two weeks later than planned) announced the confirmed fixtures for the festive period, with Liverpool at Aston Villa on Boxing Day.

The Reds will be the evening kick-off on December 26, at 5.30pm on Amazon Prime in the UK.

The home game against Leicester, initially scheduled for New Year’s Eve, has been moved forward to December 30. That’s an 8pm kick-off on Sky Sports.

The changed fixture is actually good news for Jurgen Klopp‘s side, who will have better preparation for the match vs. Brentford and a better-spaced calendar all around.

The Reds will play Monday-Friday-Monday, which is a nice balance and no quick turnaround in 48 hours as there sometimes is during the festive period.

Before those three Premier League games, there could be a Carabao Cup fourth-round tie on the midweek before Christmas (December 20/21/22).

And after the return to league action after the six-week break for the World Cup, there’s the FA Cup third round on the weekend of January 7/8.

Liverpool’s last game before the World Cup is at home to Southampton on November 12.

Those players not involved in the World Cup will be given time off before travelling to Dubai for a warm weather training camp and friendlies against AC Milan and Lyon (both to be confirmed).

The World Cup itself begins on November 20, with the group stages ending on December 2. The final is on December 18.

Liverpool should have Luis Diaz back from injury by the time they reconvene, but will still be without Diogo Jota and Arthur.