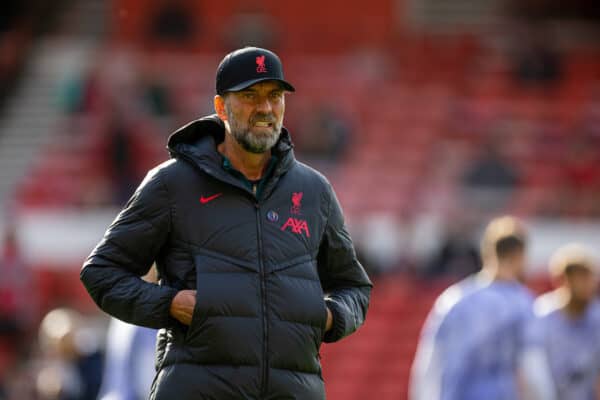 Liverpool only have themselves to blame for “big blow” – Jurgen Klopp

Boss Jurgen Klopp insisted Liverpool only have themselves to blame after a shock defeat at Nottingham Forest.

Taiwo Awoniyi’s winner stunned the visitors as Forest climbed off the bottom of the Premier League with a 1-0 victory.

The striker never played for Liverpool in six years at Anfield and was loaned out seven times before joining Union Berlin last year.

Liverpool remain seventh having failed to build on last week’s 1-0 win over Manchester City and are yet to win away in the league this season.

“Who can be blamed for not finishing the situations off? There are not a lot of people out there, it’s just us,” said Klopp, who was without Thiago after he woke up with an ear infection.

“That’s why you have to feel it. It’s a big blow for us because we wanted to get the three points.

“I can’t explain the result, not really. This game was decided in six or seven situations, the set-pieces they used and the set-pieces we didn’t use. It was a difficult game.

“They are not in a great situation and it was a super intense week for us, we had to change (the team) late. We had to put in a big fight and the boys did. It was intense, six days, three games and a limited squad. I really thought we made a real fight of it.

“We were lacking runs in behind, vision in the centre and we didn’t create that much.”

Jesse Lingard shot at Alisson and Virgil van Dijk wasted Liverpool’s best chance of an instantly forgettable first half when he tried to tee up Roberto Firmino.

Forest would have been the happier having maintained their shape and work rate to frustrate Liverpool and they grabbed the winner 10 minutes into the second half.

It came from a free-kick when Awoniyi was fouled having robbed Joe Gomez and Morgan Gibbs-White’s delivery found Steve Cook.

The defender’s cross was turned against the post by Ryan Yates and Awoniyi followed up from close range.

Alisson denied Brennan Johnson – who hit the post with the last kick of the game – before brilliantly saving from Yates while Henderson produced a superb stop in injury time to keep out Van Dijk’s header.

Forest boss Steve Cooper said: “It’s a brilliant win. To get a win against Liverpool you have to play well and have big moments.

“We’ve been on a poor run but it’s a great win. We still haven’t got the points tally we would have hoped to have by now. Hopefully it’s the start of a turn and we’re in control of that.

“It’s a positive result we needed. It’s only a win, we’re nowhere near the league position we want to be in but it’s given us a good reference point. We don’t just want it to be words.

“Going forward if the players or I may have any doubts with ourselves and each other we can use today to show we belong at this level.

“It was an improvement. The mentality has to be to get back into the training ground and work even harder. Any sign of complacency we’ll be right on it.” 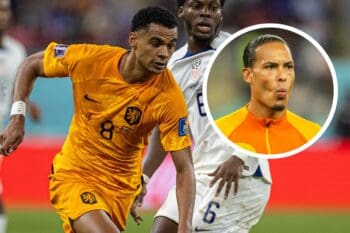