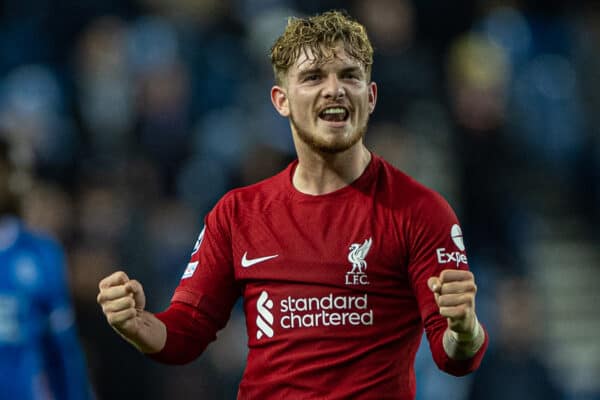 Confirmed Liverpool lineup vs. Tottenham as Nunez and Elliott start

Jurgen Klopp has named a strong XI for Liverpool’s match at Tottenham today, making three changes from the midweek win over Napoli.

The Reds are in north London and on the search for their first away win in the Premier League, in what will be their sixth attempt.

After two consecutive defeats in the competition, there is no understating the significance of a result against Antonio Conte’s side, who have lost two of their last three league games.

With wholesale changes to come in midweek and having enjoyed a five-day break after the Napoli win, Klopp has been able to name his strongest possible side.

Alisson is after his eighth clean sheet of the season and sits behind a back four of Trent Alexander-Arnold, Ibrahima Konate, Virgil van Dijk and Andy Robertson.

After reverting back to a 4-3-3, the same is expected today with Fabinho, Thiago and Harvey Elliott in midfield.

There is flexibility, though, to deploy a diamond shape with Mohamed Salah, Darwin Nunez and Roberto Firmino leading the attack.

Jordan Henderson is back in the matchday squad, named on the bench alongside the likes of Curtis Jones, Fabio Carvalho and Alex Oxlade-Chamberlain.