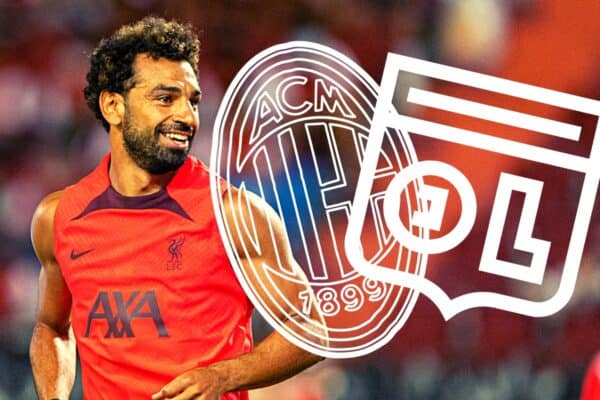 Liverpool have confirmed their plans for the winter break, with friendlies announced against AC Milan and Lyon as part of the Dubai Super Cup.

Bar the seven players at the World Cup, the Liverpool squad is due to reconvene in Dubai at the start of December for a warm-weather training camp.

Jurgen Klopp views the opportunity as another pre-season, particularly for those now making up for lost time after injury such as Luis Diaz, Joel Matip and Naby Keita.

Time will be spent training at world-class facilities as well as bonding off the pitch, in preparation for a busy second half of the campaign fighting on four fronts.

As part of their warmup schedule in the United Arab Emirates, Liverpool have now confirmed friendlies against Lyon (December 11) and AC Milan (December 16).

The #DubaiSuperCup will take place from the 8th of December till the 16th with @LFC, @Arsenal, @OL_English, and @acmilan all taking part ?

Both clashes will take place at the 15,000-capacity Al-Maktoum Stadium, as part of a round-robin Dubai Super Cup tournament that also includes Arsenal.

Liverpool will not play Arsenal while away, however.

The points-scoring format is a unique one. There will be four matches in total, with each team playing twice. Teams are awarded three points for a win and two for a draw.

The Lyon match will kick off at 2pm UK time, while the AC Milan game gets underway at 3.30pm. Both will be broadcast live on LFCTV and LFCTV GO.

Klopp is able to call upon a strong squad in Dubai, with Mohamed Salah, Thiago, Andy Robertson, Roberto Firmino and Harvey Elliott among those due to fly out.

AC Milan capped the end of the first half of the season with a 2-1 victory over Fiorentina, leaving them second in Serie A, while Lyon are eighth in Ligue 1 after a 1-1 draw with Nice.

The clash with Milan will provide a swift reunion with Divock Origi, who joined the Italian giants on a free transfer in the summer and is not part of the Belgium squad at the World Cup.