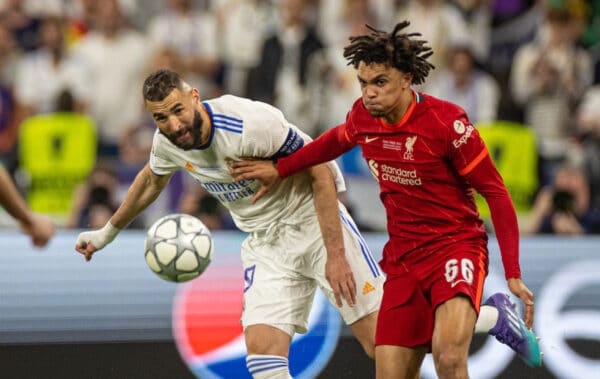 Liverpool will play Real Madrid in the Champions League last 16 for the third consecutive season.

The match, of course, is a replay of last year’s final against Carlo Ancelotti’s side, meaning plenty of narratives of revenge for the Reds.

Jurgen Klopp‘s side also faced the Spaniards in 2021, during the pandemic, in a quarter-final tie that ended in a 3-1 win for Real.

Before that, there was the 2018 Champions League final in Kyiv between the two sides, also won by Real.

The last time Liverpool beat Real was in 2009, having lost five of the six matches since then.

Real are unbeaten in La Liga so far this season, with 10 wins and two draws from their 12 games so far.

They won four, drew one and lost one of their Champions League group games, but recorded fewer points than Liverpool.

The exact dates will be confirmed later on Monday.

Liverpool will be at home first due to coming second in their group, with the away leg in March.

The Reds have played in or against a team from Madrid in every Champions League campaign under Klopp.