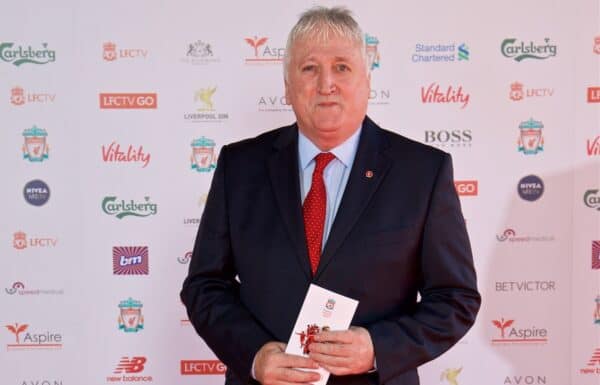 David Johnson, the former Liverpool striker who won eight major honours with the club, has sadly passed away at the age of 71.

Tributes are flooding in for Johnson, who had been ill for a number of years having previously been diagnosed with throat cancer.

He spent six years with the Reds between 1976 and 1982, winning four league titles, two European Cups, one League Cup and a UEFA Super Cup.

Johnson also had playing spells with Everton, Ipswich, Barnsley, Man City, Preston and in the US and Malta later in his career.

It was at Liverpool where he acquired the nickname ‘the Doc’, later explaining how it had come from Terry McDermott and some of his other Reds team-mates.

“Everyone used to go to my bag to use my gear,” Johnson said.

“Terry Mac went in there one time and took out all these pills and stuff and said ‘it’s like a flippin’ doctor’s bag’ and after that, it just stuck.”

A number of ex-players and reporters were paying tribute to Johnson on Wednesday morning.

Absolutely gutted to hear my good friend David Johnson (The Doc)passed away early today.
What a great bloke and a greet servant to LFC on and off the pitch???RIP.YOULL NEVER WALK ALONE PAL?

So sad to hear my great friend and Liverpool Legend David Johnson has passed away today.
Shared so many great moments and memories with ‘Jono’.
Today is a very sad day? condolences to all Dave’s family.
RIP ‘Doc’

Really sad news. 78 goals in 213 game plus 8 major honours (including 4 titles and 2 European Cups) was a huge contribution to Liverpool's success, but most of all David Johnson was a really nice fella with a good sense of humour. RIP Doc. https://t.co/LieTQegQyF

The Doc. It won't be the same without his smile, his mischief, that unmistakable laugh. He loved and looked after everyone he met, such a sad loss. Thanks for everything Doc, sleep tight mate x #davidjohnson #LFC pic.twitter.com/Fs2yZwp6oN

Really sad to hear this. Doc was one of the really genuine nice guys – a stalwart in the early days of LFCTV with me on the Reserve Team coverage. Always up for a laugh and a joke, and usually ended up buying us all a Chinese takeaway! RIP legend ?? https://t.co/GbLHT9weBJ

Sorry to hear Doc Johnson has passed away.

My thoughts go out to the family and friends of Doc.

May he rest in peace.

He initially came through the ranks at Everton, where he made his professional debut in 1969 and would eventually return in 1982.

He holds the distinction of being the first player in history to score for both sides in the Merseyside derby.

After retiring, he returned to Anfield in the corporate lounges, and was also a regular on BBC Radio Merseyside.