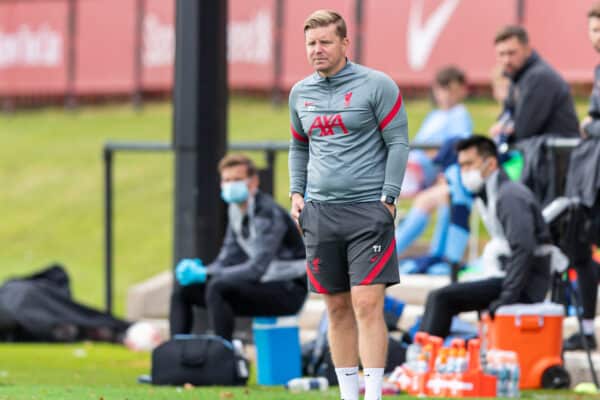 Liverpool have lost another member of their academy staff this month, as Gary O’Neil puts together his backroom after taking over at Bournemouth.

O’Neil, who briefly worked as assistant manager for the Liverpool under-23s, was confirmed as permanent manager of Bournemouth at the end of November.

The former midfielder had overseen a promising run of results as interim boss following the dismissal of Scott Parker, with four wins, four draws and four defeats in 12 games.

At 39, he is the youngest manager in the English top flight, and there are high hopes at Bournemouth, who have just been taken over by an American consortium.

Given the opportunity to build his staff at Dean Court, O’Neil has used his contacts at Liverpool to bring in Tim Jenkins as his assistant manager.

Jenkins, who spent over 10 years with the Reds, broke into football through his work with ProZone, the pioneering analytics company that hired him alongside Michael Edwards, Julian Ward and Dave Fallows.

After time as an analyst with Derby, he then gained his coaching badges working at Hartpury College in Gloucester, before a short stint at Man City that led him to Liverpool.

He held his position as head of development analysis through a decade on Merseyside, while also working as an individual coach with the under-21s and then as assistant at under-18s level.

The Athletic‘s James Pearce reported the news of Jenkins’ departure on Friday, with his profile having already been removed from the club’s official website.

Ward is stepping down from his role as sporting director in the summer, along with director of research Ian Graham, while the legendary Steve Heighway has retired from his academy consultant job.

It comes amid ongoing uncertainty in the hierarchy, too, with Fenway Sports Group president Mike Gordon handing over his club duties to chief executive Billy Hogan as the owners weigh up a potential sale.

While the loss of Jenkins may not be seen as a major issue, it sees another influential figure in the club’s analytics staff move on.

Edwards had led a data-focused recruitment team at Liverpool, but with the likes of Ward, Graham and Jenkins moving on, there could be concerns over the long-term model at Anfield.