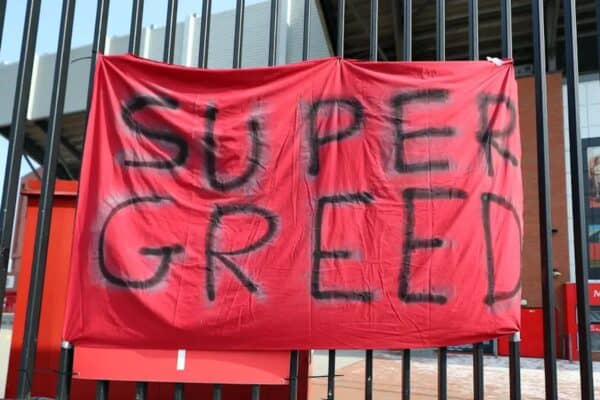 Super League ‘dead in the water’ after “unequivocal” legal opinion

The prospect of a closed or semi-closed European Super League operating in mainstream football appears dead in the water after a key legal opinion was issued on Thursday.

UEFA and FIFA’s rules allowing them to block new competitions, as they did with the Super League when it launched in April last year, was deemed to be lawful in an initial, non-binding opinion issued by the European Court of Justice (ECJ).

The issuing of the threat of sanctions to clubs seeking to participate in unapproved leagues was also deemed compatible with EU law by the Advocate General (AG) in the case.

UEFA warmly welcomed the opinion, which it described as “unequivocal”, while the European Club Association said it was a “clear rejection” of the efforts made last year by 12 of the continent’s top clubs to form a new league.

UEFA warmly welcomes today’s unequivocal Opinion recommending a ruling of the CJEU in support of our central mission to govern European football, protect the pyramid and develop the game across Europe.

The clubs announced themselves as founder members of a new Super League late on April 18 last year, with the stated intention being for 15 clubs to be permanent members of the league, with five extra clubs invited on a seasonal basis.

However, within 72 hours nine of them had withdrawn, including all of the Premier League’s ‘Big Six’, amid opposition from UEFA and FIFA and outrage from supporters.

Those backing the Super League took the matter to court in Spain initially, with a Madrid commercial court asking the ECJ to rule on whether UEFA and FIFA abused a dominant position by blocking the league and seeking to sanction the clubs.

The opinion of AG Athanasios Rantos is non-binding, pending the final ruling from the court expected next year, but if the final ruling mirrors this opinion it appears to rule out the possibility of a league even vaguely similar to the one proposed last year ever operating within the European football mainstream.

“Whilst ESLC (European Super League Company) is free to set up its own independent football competition outside the UEFA and FIFA ecosystem, it cannot, however, in parallel with the creation of such a competition, continue to participate in the football competitions organised by FIFA and UEFA without the prior authorisation of those federations,” a court release issued on Thursday stated.

UEFA has faced threats of a breakaway by Europe’s top clubs almost ever since the European Cup – the forerunner to the Champions League – began in 1955, with the 2021 attempt only the most recent. But, if this opinion is endorsed by the court judges, then any clubs would have to be prepared to break away completely from the existing football framework.

Rantos found the non-recognition by FIFA and UEFA of an “essentially closed competition” such as the ESL could be regarded as “inherent” in pursuing legitimate objectives such as participation based on sporting results, equal opportunities and solidarity.

The PA news agency understands UEFA will await the final ruling of the court before it considers a renewed effort to sanction the clubs involved in the Super League.

Advocate General Rantos states: UEFA is the dominant organiser of all major interclub competitions and bears "special responsibility" to ensure no third parties are unduly denied access to the market.

A22, a company formed to sponsor and assist with the creation of a European Super League, tweeted to highlight Rantos had stated UEFA had a “special responsibility” to ensure third-party organisers were not “unduly denied access to the market”.

However, any new league proposed would appear to need to be entirely open based on Rantos’ opinion.

A22 chief executive Bernd Reichart said: “The Advocate General made clear that UEFA has a monopolistic position which comes with important responsibilities for enabling third parties to act freely in the market.

“However, we believe the 15 judges of the grand chamber who are entrusted with the responsibility to examine this case, will go substantially further and provide the opportunity for clubs to manage their own destiny in Europe.”

The AG also said UEFA and FIFA’s rules affording it exclusive marketing rights over the competitions it organised were compatible with EU law.

UEFA said in a statement: “UEFA warmly welcomes today’s unequivocal opinion recommending a ruling of the ECJ in support of our central mission to govern European football, protect the pyramid and develop the game across Europe.

“The opinion reinforces the central role of federations in protecting the sport, upholding fundamental principles of sporting merit and open access across our members, as well as uniting football with shared responsibility and solidarity.”

FIFA also issued a statement welcoming the opinion, as did the ECA, which in all represents nearly 250 clubs across the continent.

“The opinion issued today proposes a clear rejection of the efforts of a few to undermine the foundations and historical heritage of European football for the many,” the ECA statement said.

We reiterate our opposition to any breakaway super league and call for action to rigorously protect sport in a wider context and ensure European football’s future is secure.

Barcelona had no comment on the AG opinion when contacted by the PA news agency and instead referred to the A22 statement.

The Super League clubs stated their intention to continue participating in their domestic leagues, but the commercial appeal of those leagues would have been heavily diminished by the existence of the ESL.

The Premier League said in a statement: “We share the Advocate General’s clear view that open access is fundamental to European club football.”

The league also reiterated its commitment to merit-based qualification from domestic leagues for European club competitions, weekends being reserved for domestic football and substantial solidarity funding for football development.

“The fans’ voice regarding the essential nature of sporting integrity has been heard,” the league’s statement added.

The reaction of supporters to the plans were key in the Super League’s collapse, and Football Supporters Europe said on Thursday: “Last year, 12 obscenely wealthy clubs tried to destroy European football by creating a closed breakaway league.

“They failed because fans across the continent, including their own, stood in solidarity against their plans. Three clubs continue to cling on to their ill-conceived plan in a strained attempt to save themselves from their own apparent financial mismanagement.

“Today’s opinion announced by Advocate General Rantos chimes with the position of football supporters across the continent. Giving even more money and power to a few would be catastrophic, enriching a handful of clubs at the expense of all other levels of the game.”