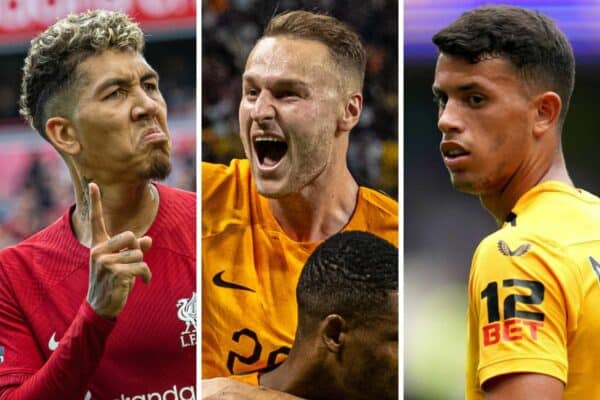 Today’s Liverpool news round up includes claims that Liverpool have been watching Netherlands midfielder Teun Koopmeiners, as well as an update on the future of Roberto Firmino.

Another day of transfer links, and a few new names have been thrown into the equation.

According to the i‘s Northern Football correspondent Mark Douglas, Atalanta and Netherlands midfielder Teun Koopmeiners is a player Liverpool “have watched in recent months.”

There’s been more on Matheus Nunes, with The Telegraph‘s Sam Wallace doubling down on his claim that the Wolves midfielder is wanted by Liverpool, by going as far as to say “a deal will be agreed” ahead of the summer window.

Need your Bellingham fix? Jan Aage Fjortoft says “an insider” has suggested that Dortmund could be tempted into a sale for €150 million this winter, but would accept €120m in the summer.

The Independent‘s chief football writer Miguel Delaney is reporting that Real Madrid are “increasingly confident” of signing Bellingham, with their pitch being that they are “by far the best club for young talent to join.” You can choose to ignore that report if you like!

Twitter thread of the day & match of the night

On a day where some Liverpool fans have somehow concluded that Lijnders is the sole reason for all of Liverpool’s problems, a thread on why most of those claims are complete nonsense.

Four more Premier League matches tonight, with Liverpool in need of a favour from Crystal Palace, who take on Tottenham at Selhurst Park.