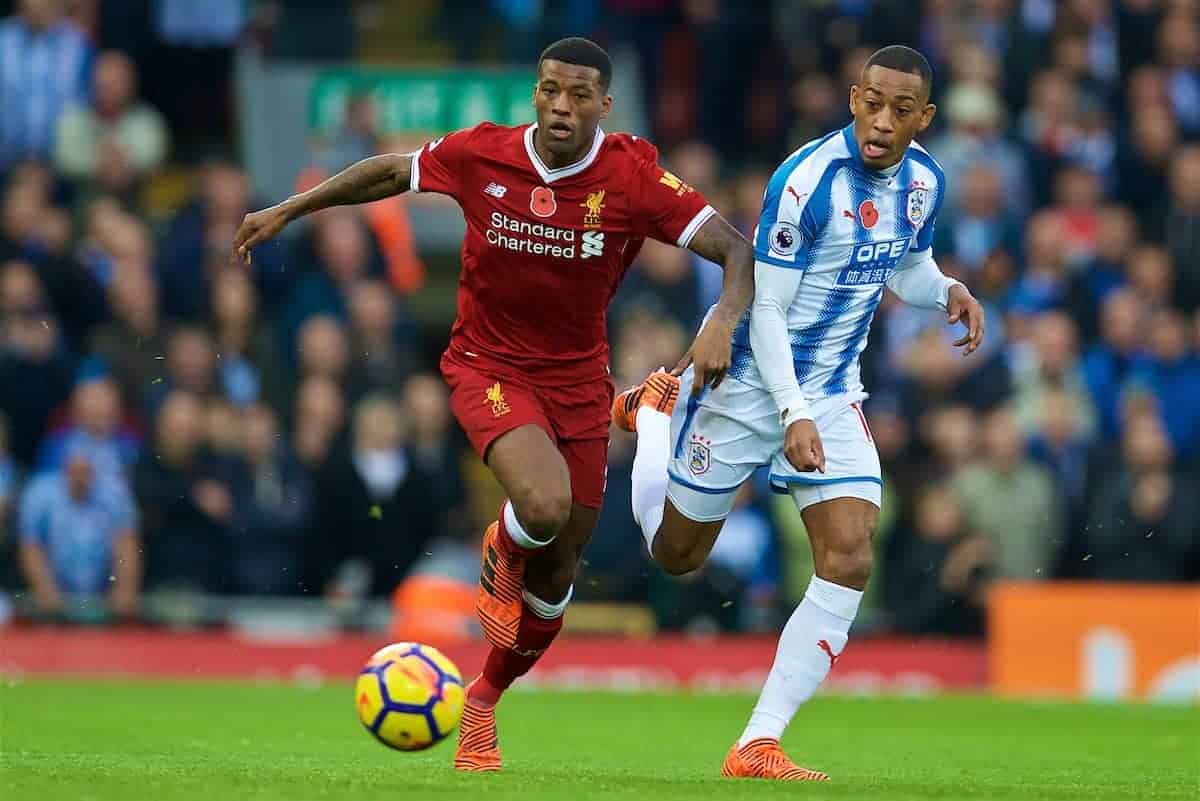 Liverpool return from the international break with a trip to Huddersfield Town on Saturday evening, looking to keep up the pace at the top of the Premier League.

Now recharged to an extent, albeit with a few injury problems to deal with, this can be the moment Liverpool’s season takes off.

That seems jarring, considering they have amassed 20 points from eight games, but we are yet to see them close to their free-flowing best.

Vibrant attacking football has been replaced with a more pragmatic approach, not helped by Mohamed Salah, Sadio Mane and Roberto Firmino all looking off-colour by their world-class standards.

The weekend trip to Huddersfield arguably represents the Reds’ ‘easiest’ game since the visit of Brighton on August 25, with David Wagner’s men winless and in the relegation zone on just three points.

There is always the threat that the Terriers will raise their game under the lights at the John Smith’s Stadium, but Liverpool should be too good, even with a lack of time on the training ground this week.

If the Reds are to win the Premier League title this season, these are the matches they cannot afford to drop points in.

With 30 players heading off for the October international break, it was inevitable that Klopp’s squad would be impacted by fitness concerns.

Someone who will definitely miss out is Naby Keita, who injured his hamstring for Guinea in midweek. His absence should not be a long-term one, though.

Mane’s availability is unknown after breaking his thumb, but the Senegalese may not be risked, with depth on show in attacking areas.

Salah picked up a knock late on in Egypt’s win over Swaziland last week but will be available for Saturday’s game, while Virgil van Dijk is also expected to start.

Fabinho will be hoping to make his Premier League debut, although Gini Wijnaldum and James Milner may be preferred, with the latter recovering from a hamstring issue.

Adam Lallana is in contention, as he looks to rebuild his Reds career, and one of Xherdan Shaqiri and Daniel Sturridge could start if Mane is out.

Huddersfield will be without Tommy Smith, Terrence Kongolo and Danny Williams, but Philip Billing and Isaac Mbenza are available.

Last 5 Away to Huddersfield 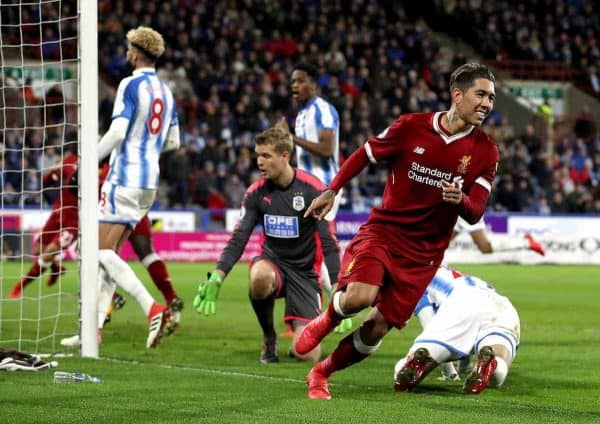 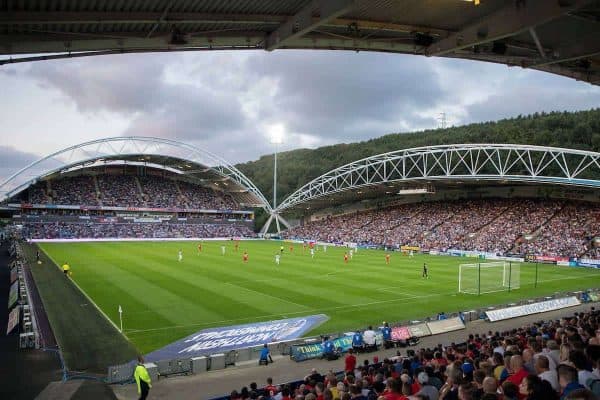 Away fans’ pubs: The Gas Club, which is only a few minutes walk from the stadium and accommodates both home and away fans.

One piece of advice for visiting fan: Get to the ground in good time. 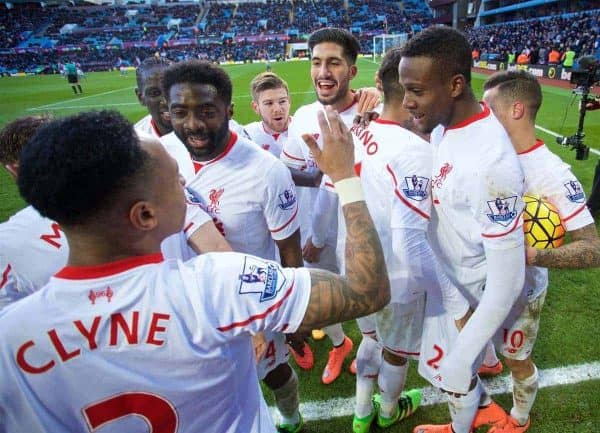 Under Klopp, Liverpool have lost four and drawn two of their last six Premier League matches away to teams starting the day in the relegation zone.

The last win came back in February 2016—a 6-0 drubbing of Aston Villa.

Speaking in Friday’s press conference, Klopp urged Liverpool to not underestimate Huddersfield despite their lowly placing:

“They had more possession against Tottenham, maybe people aren’t interested in that but that’s a big step.

“They stayed in the league last year and this year it’s the strongest side and best football they’ve played so far.

“I speak with Dave a lot, the atmosphere in the club is still brilliant, we need to be ready for a really tough game.

“They defend in different systems, play football and so far they struggle scoring goals, but that’s so far. We have to at least think it’s possible that will change.

“We had yesterday and today and tomorrow we need to be ready, that’s the job.”

Chris Williams is in the hot-seat for This is Anfield’s live blog, keeping you entertained from 4.45pm onwards.