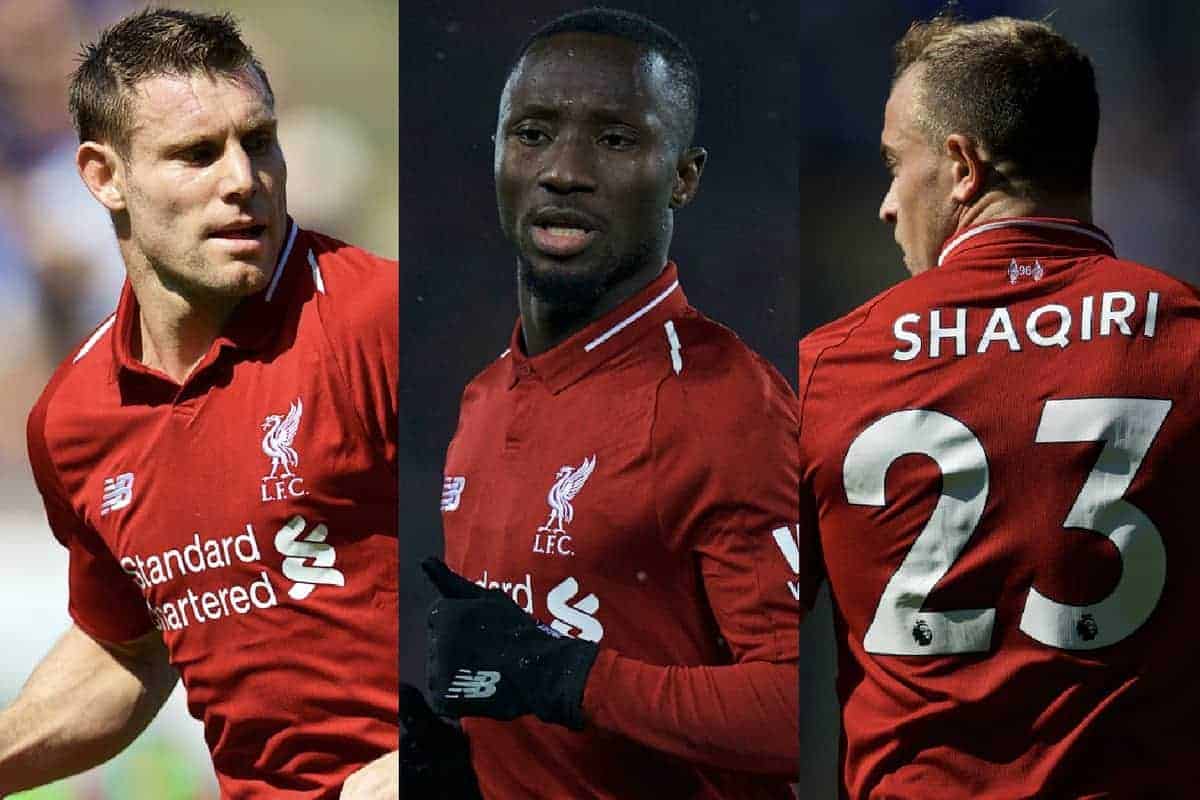 Liverpool will be back to full-strength against Brighton, but their centre-back shortage opens up key decisions for Jurgen Klopp with his midfield.

After opening 2019 with a minor blip the Reds must now kickstart the new year with a return to winning ways.

Klopp will restore Liverpool to full-strength at the Amex, with just about all the first-choice picks who were rested for the FA Cup tie with Wolves set to return.

It’s therefore pretty simple to work out how the majority of Liverpool’s starting XI will look against Chris Hughton’s side.

But while the team picks itself in most areas, a couple of untimely injuries leave Klopp with some key decisions in midfield to complete his lineup.

Starting with the negatives, Dejan Lovren is out with the hamstring issue that forced him off against Wolves, while Joe Gomez and Adam Lallana are also missing.

Positive news followed, with Klopp also revealing a couple of injury concerns could yet recover in time to feature.

Jordan Henderson will train on Friday and the captain’s availability could hinge on if he comes through those sessions unscathed.

Joel Matip is closing in on a comeback having participated in team training on Thursday and could come into contention.

It is safe to expect just about all those rested in the FA Cup to enter the starting lineup.

Alisson, Trent Alexander-Arnold, Virgil van Dijk and Andy Robertson will all be back in defence.

Gini Wijnaldum will return to midfield, while Sadio Mane, Mohamed Salah and Roberto Firmino will start in attack.

The eight aforementioned Reds are all certain starters, leaving Klopp three places to finalise with his increasingly limited options.

Fabinho is poised to take one of those as the primary candidate to fill in at centre-back if required. 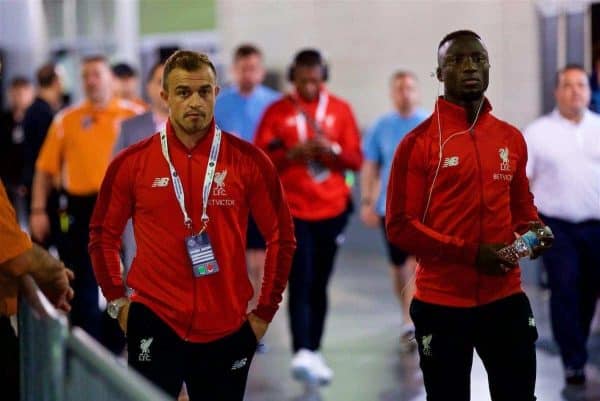 That will leave James Milner, Naby Keita and Xherdan Shaqiri—who all started at Wolves—scrapping for the remaining spots.

Youngsters Rafa Camacho—who Klopp confirmed will not be loaned out this month—Curtis Jones and the impressive Ki-Jana Hoever could feature on the bench.

Nearly all those rested in the FA Cup will come straight in—with Henderson likely to be the only one not to as a result of his fitness struggles.

Indeed, while the captain and Matip are making progress, it wouldn’t be surprising if neither were ready for starts having had little training opportunity.

The other eight refreshed Reds will return, while Fabinho is certain to take up one of the three remaining roles to deputise at centre-back for a second successive game.

Klopp’s key decisions come in how to fill in the remaining two places, with three options—Milner, Keita and Shaqiri—fighting for two shirts.

It hinges on how aggressively the boss wants to start, but Fabinho’s presence at centre-back could see Klopp opt for extra midfield security in a 4-3-3 to protect the Brazilian.

This would see Milner and Keita given the nod to join Wijnaldum, keeping Shaqiri as the go-to impact sub if greater attacking impetus is required: 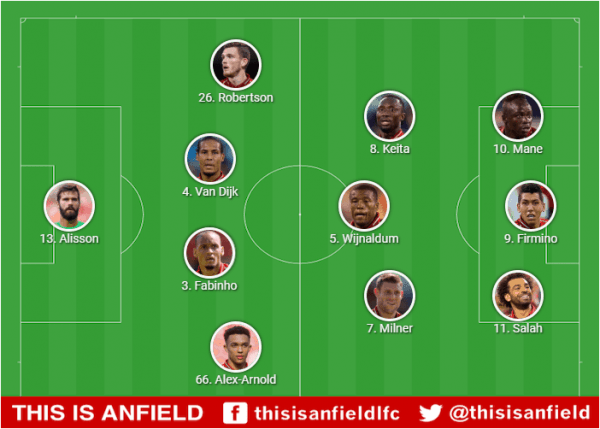 Klopp will be hopeful of having one of the returning duo available, and the German’s preference would be Matip given the centre-back shortage.

The Cameroonian does seem the more likely to be ready for an early start given he (hopefully) will have trained a couple of times since recovering.

And if that proves to be the case Matip’s presence would be a huge boost—strengthening not only the defence but the whole starting XI.

Indeed, this would allow the Reds to continue with the attack-minded 4-2-3-1 formation, boasting a full-strength midfield and attack.

Fabinho would be able to move back alongside Wijnaldum, while Shaqiri can enter on the right to provide the Reds with maximum firepower for a must-win game: 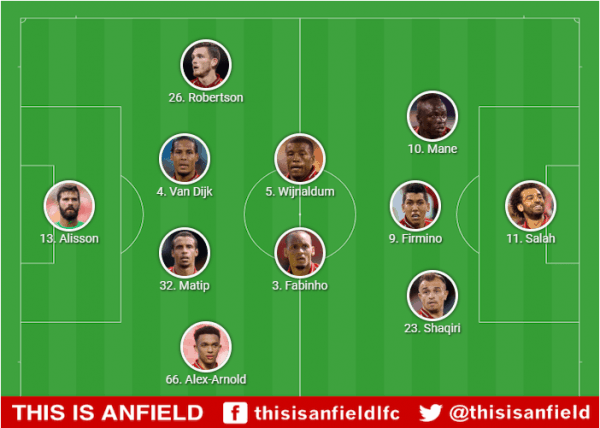 After a mini-blip to kick off 2019, it’s vital the Reds get back to winning ways to ensure the current four-point gap to Man City is maintained.

Both lineups offer the quality to do that, but it remains to be seen how Klopp sets his team up in attempt to claim three more vital points at the Amex.