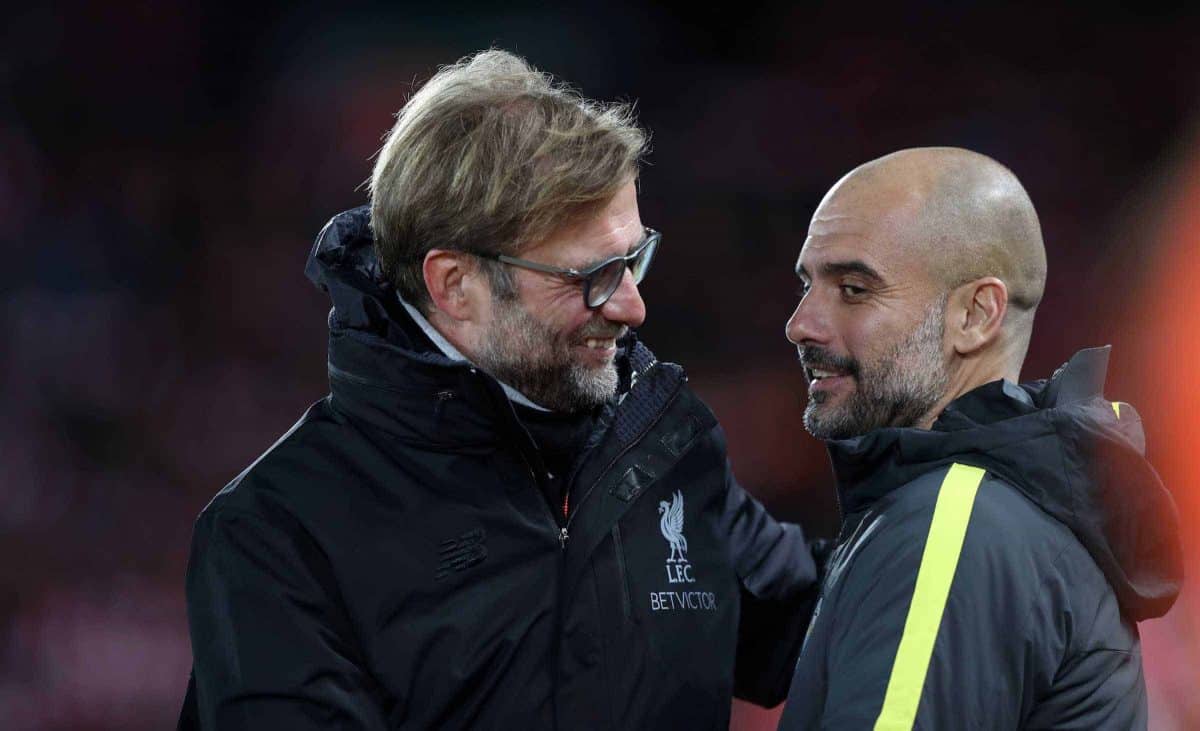 Liverpool have had four games rescheduled for TV coverage in March, but could that play a big role in the team’s mindset given when they now fall?

The latest release of fixtures after being chosen for live action means each of the Reds’ games in March will be on either Sky Sports or BT Sport in the UK.

While that’s great for fans, the changing of days and kick-off times means the Reds will, in each case of the four Premier League fixtures, take to the field after rivals Man City play.

It’s a quirk of scheduling, nothing more, but the subtle differences in squad and match mentality are worth noting.

For a period earlier in the season, there was often talk of how Liverpool’s mentality had to change from being the “hunter” to being “hunted”—in other words, how the mindset may need to alter moving from second to being top.

For Jurgen Klopp, the message has consistently been clear: It makes no difference, and Liverpool are simply seeking to win each game as it comes.

There can be no doubt, however, that at times it makes for somewhat more calming watching—for the fans, at least—when the Reds have already got the three points wrapped up on any given weekend, leaving City needing to do a job themselves afterward.

Over the last couple of weeks, Liverpool beat Crystal Palace before City went to Huddersfield, and saw off Brighton before City hammered Wolves.

And two of City’s three league defeats this season have come after Liverpool won their corresponding week’s fixture, with the third coming when the two teams both had a rare 3 p.m. kick-off. 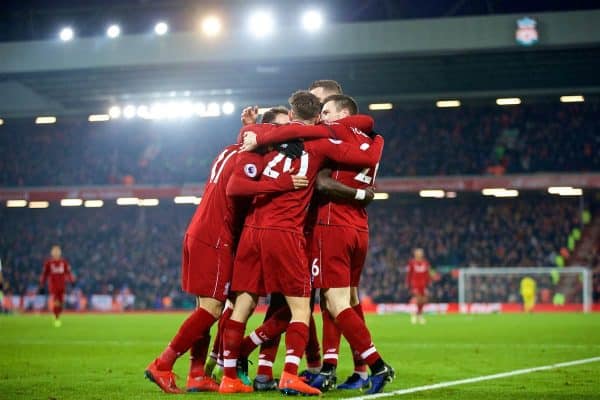 The Reds, of course, have only tasted defeat against City themselves so far in the Premier League.

Ahead will come a reversal of that alignment, with City given the chance to put pressure on the Reds four weeks on the spin—though, if the situation heading into March hasn’t changed, they still won’t be able to hold top spot, given the four-point gap.

Before that, five more game weeks remain though, so there could yet be a change in the points gap, one way or another.

Klopp’s team will get a brief taste of how March could play out, as City play a day before the Reds next weekend and again at the start of February, when Liverpool will play on a Monday night at West Ham—then the Reds are first in action across the weekend of February 9 and 10.

There’s also the possibility that one of the matches in March could yet be altered, for Man City.

The weekend of March 16 is slated to see the Manchester derby take place at Old Trafford, but it’s also FA Cup quarter-final weekend. 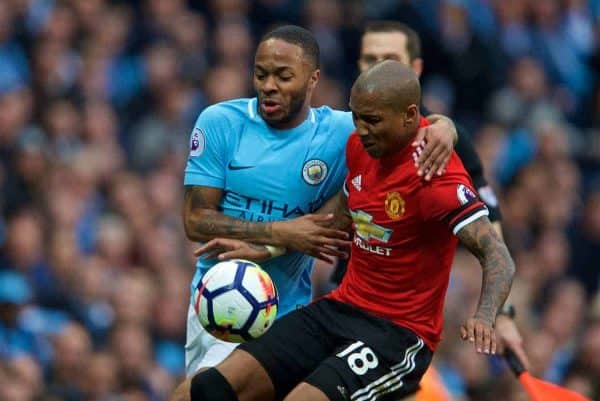 United are already in the fifth round and City should be, given they face Burnley at home in the fourth round.

A win for either in the next round will mean the derby is rescheduled for another time—further complicating any attempts to predict the outcome of the title chase, while also highlighting the potential benefit to Klopp’s team at not having domestic cup duties.

Ultimately, Klopp’s mantra will have to ring true regardless of the schedule: the Reds must simply head into each match in isolation with the intention of claiming victory by whatever means necessary.

The media will continue to angle the pressure in different ways though and there’s at least a possibility that individual players might see matters in a particular light, if City have already won and the Reds then need to follow suit.

The best-case scenario for the Reds, then, is that the four-point lead is at least maintained heading into the coming weeks and months, by way of the Reds simply continuing to do their thing and crank out the wins.