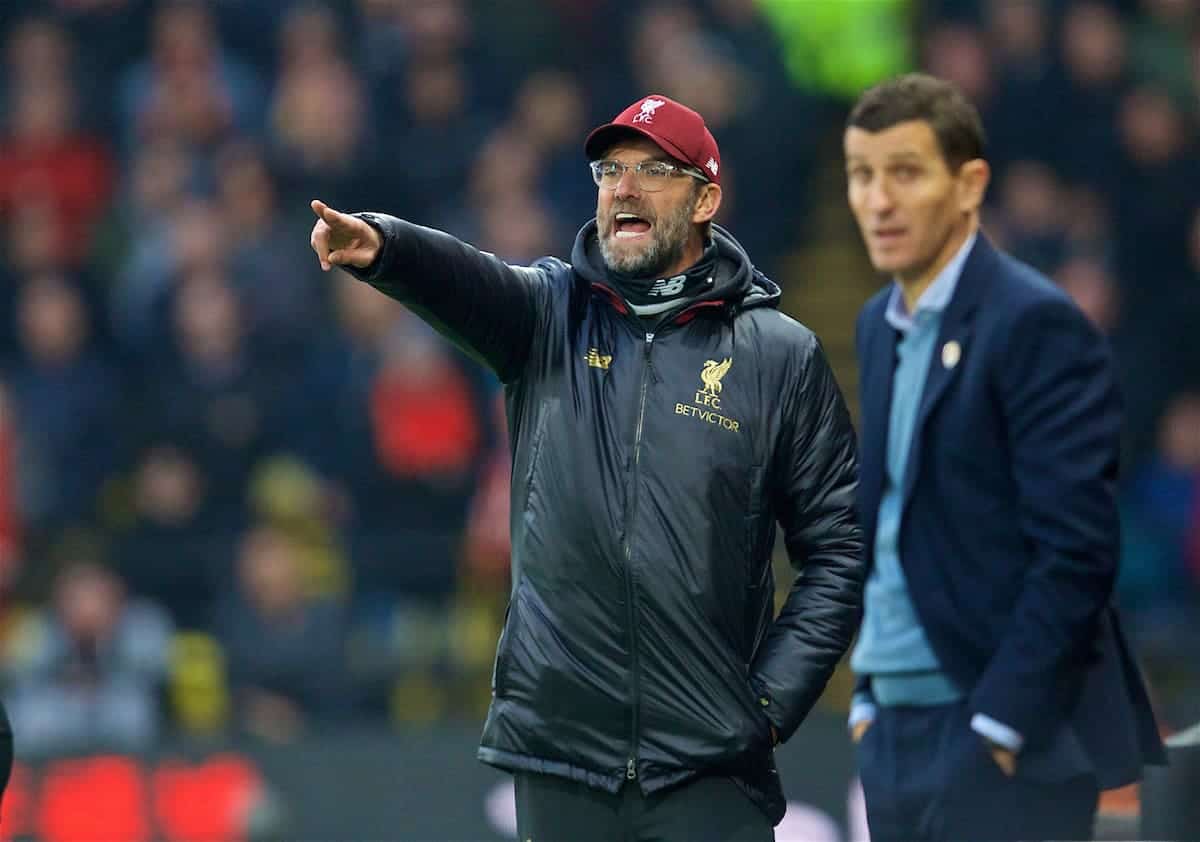 Premier League leaders Liverpool must showcase their title credentials on Wednesday night, with in-form Watford making the trip to Anfield.

The Reds had the opportunity to open up a three-point lead over Man City on Sunday, but they came up short away to Man United.

While a 0-0 draw was far from a disastrous result – it still meant Liverpool leapfrogged their title rivals – there are concerns surrounding their current form.

With 11 league games remaining this season every match is huge and the midweek visit of Watford represents a must-win game.

The Hornets have enjoyed an impressive campaign with Javi Gracia at the helm, sitting seventh in the table and finding themselves in the FA Cup quarter-finals.

Liverpool’s 3-0 win at Vicarage Road back in November was not as comfortable as the scoreline suggests and Jurgen Klopp‘s side will be given a tough night.

Anfield has become a fortress again with Klopp in charge, however, with the Reds unbeaten there in the league for almost two years.

This is a perfect chance for Liverpool to show they mean business after back-to-back goalless draws, with an expectant Anfield crowd desperate for victory.

With City hosting West Ham at the same time it promises to be another nervy 90 minutes, as the title race becomes increasingly tense.

Roberto Firmino is expected to miss out after injuring his ankle at Old Trafford, although Klopp has said there is a chance he could feature.

Joe Gomez and Dejan Lovren are unavailable, though, while Alex Oxlade-Chamberlain and Rhian Brewster are still working their way back to full fitness.

Trent Alexander-Arnold should come back in for James Milner at right-back, following the latter’s struggles at Old Trafford.

Joel Matip and Virgil van Dijk will continue at centre-back, while Andy Robertson could do with a good performance, following a dip by his high standards.

There could be changes in midfield, with Naby Keita pushing for a start after playing no part at the weekend, should he recover from illness.

It could be Jordan Henderson who makes way, with the captain’s fitness issues often making it unlikely for him to start three games in a week.

Xherdan Shaqiri will also hope to play a more prominent role after falling out of favour of late, with Firmino’s potential absence possibly gifting the Swiss winger a start. Daniel Sturridge and Divock Origi are also options.

Watford have no new injury problems, leaving Gracia in an enviable position.

Last 5 at Home to Watford (All Competitions) 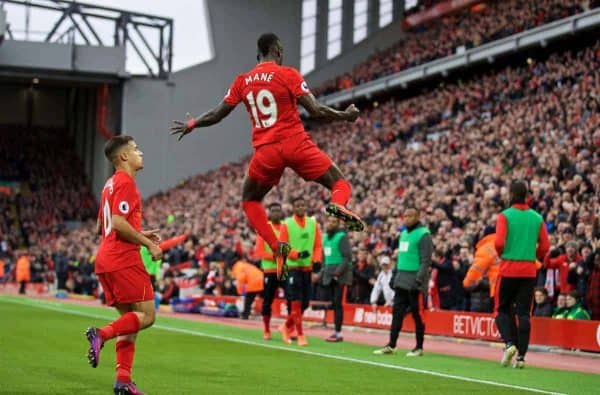 Watford have conceded 13 times in the league at Anfield since Klopp became Liverpool manager – only Arsenal (15) have let in more in that time.

Last season, Mohamed Salah scored four times in a 5-0 triumph, at a time when there arguably wasn’t a more in-form player in the world.

On top of that, the Hornets have lost their last 11 away league games against the current top six.

Speaking to reporters, Klopp said everyone should be enjoying the “positive situation” of being top, as his players try and deliver the holy grail:

Liverpool vs. Watford is not live on UK television, so the next best thing is to come and join us on our matchday live blog.

Chris Williams will be keeping you entertained from 7.15pm (GMT), with kickoff at Anfield at 8pm.