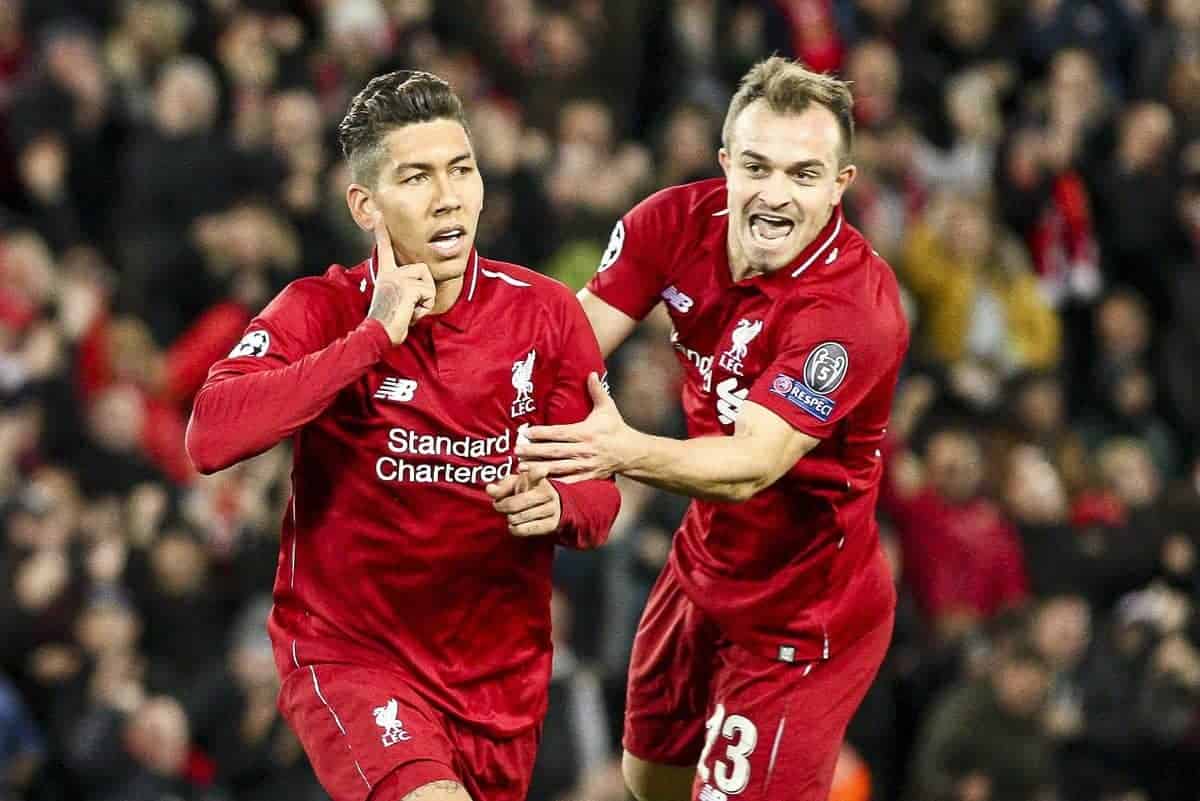 Roberto Firmino is set to return to Liverpool’s starting lineup against Burnley, but could Xherdan Shaqiri also start in an attack-minded Reds side?

Another season-defining week starts at Anfield with a must-win game against the Clarets to stay in the title race.

With just nine league games left, three points are non-negotiable from this point on as Klopp’s side now wait to pounce on a slip from the reigning Champions.

A strong and refreshed squad is at Klopp’s disposal for Sunday’s clash, as the German stated in his pre-match press conference that his group is in a “very positive moment.”

It means Klopp has a decision to make in attack, while the midfield, as always, presents the big headache.

So how could Liverpool’s starting XI look against Burnley?

A strong squad is available and Klopp will be hoping it can be boosted further by two Reds proving their fitness.

Speaking to the media, Klopp confirmed Dejan Lovren is close to returning having trained “completely normal” and his readiness for inclusion will be assessed.

Meanwhile, James Milner will also be afforded every chance to shake off a muscle issue.

Lovren’s return leaves Joe Gomez, Alex Oxlade-Chamberlain and Rhian Brewster as the only players missing despite their respective injury progress.

Klopp could consider changes to his midfield and attack with options available to introduce in both departments.

Roberto Firmino should be fit to start after seemingly coming through his sub appearance at Everton unscathed, and the Brazilian is likely to do so.

Naby Keita and Xherdan Shaqiri will both be hoping for a chance having had very little playing time between them in recent games.

Adam Lallana is another in contention for a starting spot after his surprise introduction from the bench at Goodison Park.

With vital games coming thick and fast over the next week, it’s highly unlikely that Lovren and Milner will be thrown straight into the lineup. 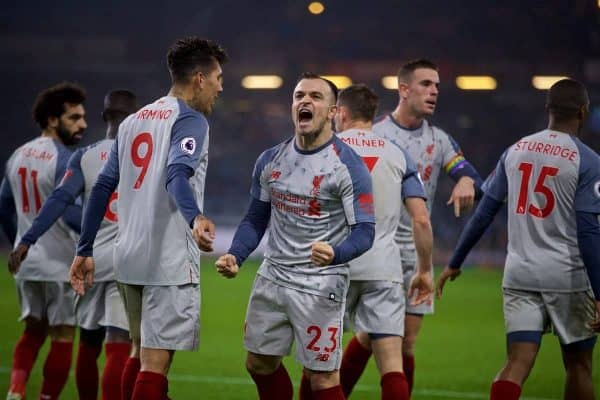 Having enjoyed almost a full week to recover and prepare, a full-strength Reds side will feature for a must-win game.

And that means we can expect at least one change to be made to the starting XI from the Merseyside derby, with that coming in attack.

It would see a return to the front three for Firmino, who would take over from Divock Origi and slot back into his No.9 position, shifting Sadio Mane back to the left.

That could be the only change Klopp makes, with the rest of the team making up what is the strongest XI available based on current form.

An aggressive, high-energy midfield would be in operation to take the game to Burnley from the first whistle.

And concerns over a lack of creativity would be eased by the return of Firmino, who will provide that missing dimension of craft and goal-threat in his unique role. 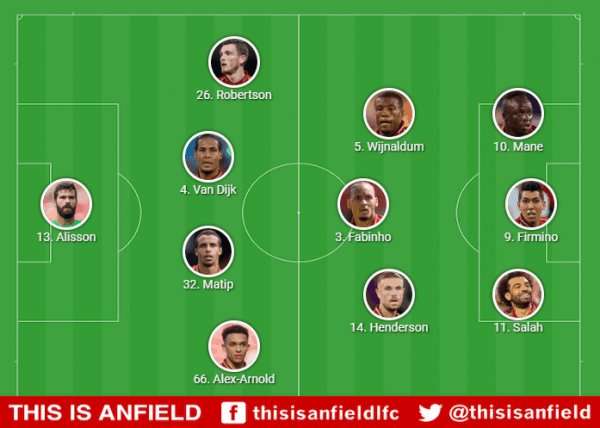 Deploying such a solid three-man midfield is probably overcautious in a game that the Reds will dominate and must take maximum points from.

With that in mind – and also taking creativity issues in that area of the pitch into consideration – Klopp could freshen things up and go with a more offensive approach.

Indeed, the boss could – and perhaps should – sacrifice a midfielder, add an extra attacker and switch to 4-2-3-1 for a more attack-minded lineup.

Fabinho and Wijnaldum would provide the balanced midfield in front of the untouched defence, with no place for Jordan Henderson.

Shaqiri should be the man to come in for the captain, restored to his right-side role in the attacking unit completed by Mane on the left and Firmino as the No.10 supporting Mohamed Salah. 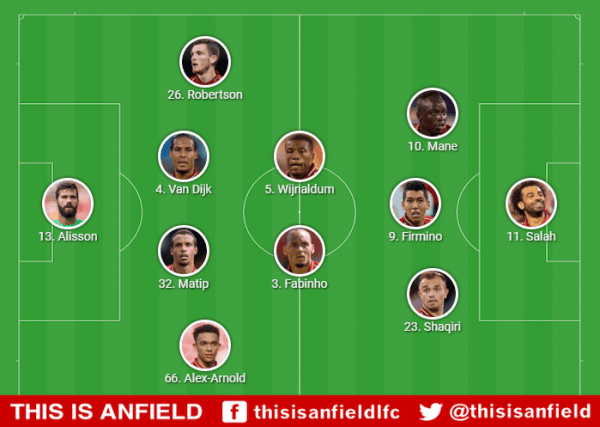 It remains to be seen how bold Klopp decides to go on Sunday afternoon, but both lineups offer more than enough quality to get past a dogged Burnley side.