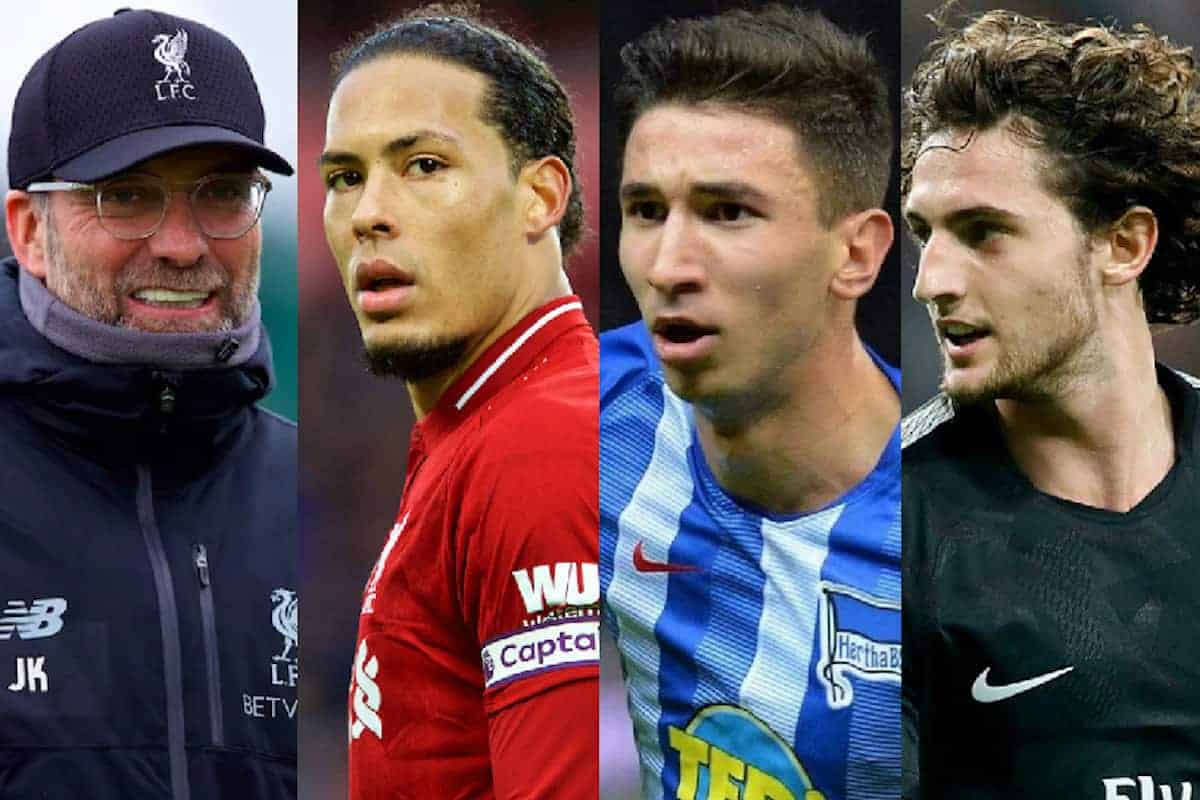 We round up the latest Liverpool news and transfer rumours on Wednesday, as the return of Premier League action edges closer.

The Liverpool squad are slowly coming back from the international break and focusing on Sunday’s crucial league clash with Tottenham at Anfield.

In an interview with LiverpoolFC.com, Jurgen Klopp was in positive spirits, describing how training would work in the coming days:

“Now we are back, the boys are coming step by step back as well, so from Thursday on I think we will be complete.

“With all players together, of course, the Dutch ones, the Brazilians, together in complete training. But preparation has started today already.

“We don’t have all the players who are away, but we have all the other players as well. Bringing players back, step by step.

“OK, Shaq and Trent are still doing a bit of rehab, but the others are here and in good shape.

“Two sessions today and then one session a day. All good and we’re really looking to this period now.”

The Reds could be somewhere close to full strength for the visit of Spurs, with injuries continuing to improve.

Virgil van Dijk seems to be earning plaudits every day, which is fully merited during a colossal first full season at Anfield.

Speaking to the club’s official website, former Liverpool centre-back Daniel Agger explained how leadership sets his successor apart from so many:

“The first thing is, that was what Liverpool needed: a leader, a talented footballer, a strong defender, somebody the players could rely on.

“I think that’s the biggest difference he has made. He’s obviously a good footballer but he’s also a good character to have in a team, a strong character and a leader.

“All football teams need leaders, and if you lack them you won’t have the consistency that’s needed in the Premier League.

“So it’s been impressive, and I’m definitely a big fan of his.”

Jordan Henderson remains the Reds’ captain—someone his team-mates and Klopp regard highly in the role—but it is hard not to see Van Dijk being the permanent skipper one day.

Marko Grujic is adamant that he wants to stay at Hertha Berlin beyond this season, having shone on loan for the Bundesliga club.

The in-form Serbian midfielder admits he is eyeing up a longer stay at the club, perhaps even hinting that he wants to remain there permanently.

“Hertha gave me the great opportunity to play in the Bundesliga. I’m still pretty young, for me this Hertha time—with the exception of injuries—has been brilliant so far to show my qualities.

“But ultimately I cannot decide, but if I could choose myself, I would stay with Hertha for another year, or maybe even two years, to make a very good name for myself by improving all my qualities.”

He added that “if Liverpool ever wanted to sell me and I could decide, it would be great if Hertha made an offer.” 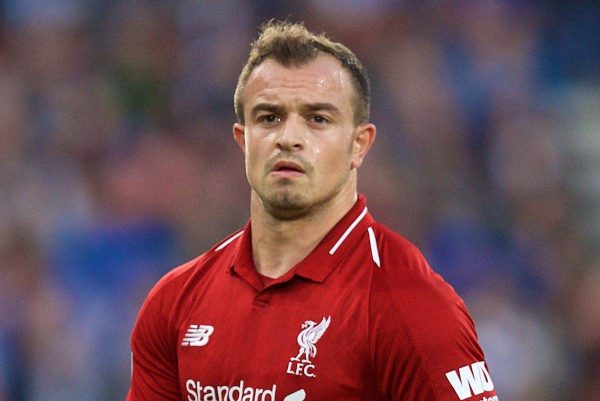 Xherdan Shaqiri may have struggled for playing time of late, partly due to injury, but there is no denying his class as a player.

Former Liverpool man Peter Crouch played with the Swiss at Stoke City and he revealed on That Peter Crouch Podcast exactly how special he was in training:

“He literally came in and scored a hat-trick. He dinked one of our goalkeepers in the six-yard box and [the goalkeeper] wasn’t even down [on the ground].

“It was an amazing goal and an unbelievable performance. He was incredible. He’s such a naturally gifted footballer.”

Shaqiri has been struggling with a groin issue but he will hopefully return to his best ahead of the Premier League and Champions League run-in. 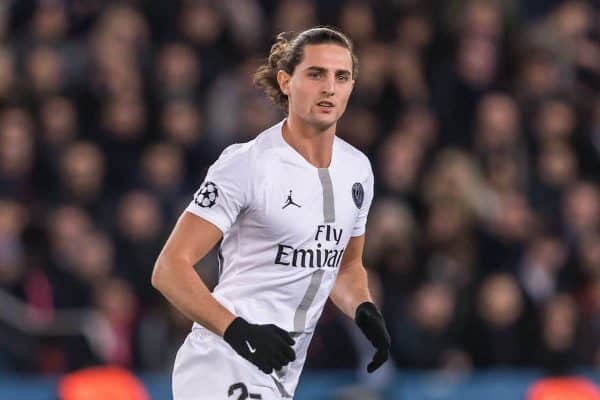 Adrien Rabiot will meet with Paris Saint-Germain on Wednesday to discuss his future, with a move elsewhere inevitable this summer.

The Frenchman has not featured for the Ligue 1 champions since December, having been frozen out for disciplinary reasons.

Rabiot has been linked with Liverpool in the past, but talk of a move has cooled.

With the Reds well-stocked in midfield areas, particularly with Alex Oxlade-Chamberlain returning from injury and Naby Keita sure to come good, reinforcements are more important elsewhere.

Daniel Sturridge‘s FA hearing regarding a breach of betting rules will take place in April, report the Telegraph.

The 29-year-old was charged with misconduct back in November and given until February to give written observations to the governing body.

The charge is relating to a period in January 2018 when Sturridge joined West Brom on loan, with irregular bets reportedly made relating to who his next club would be.

The striker is expected to leave Liverpool this summer, purely for footballing reasons, having falling out of favour as the season has progressed.