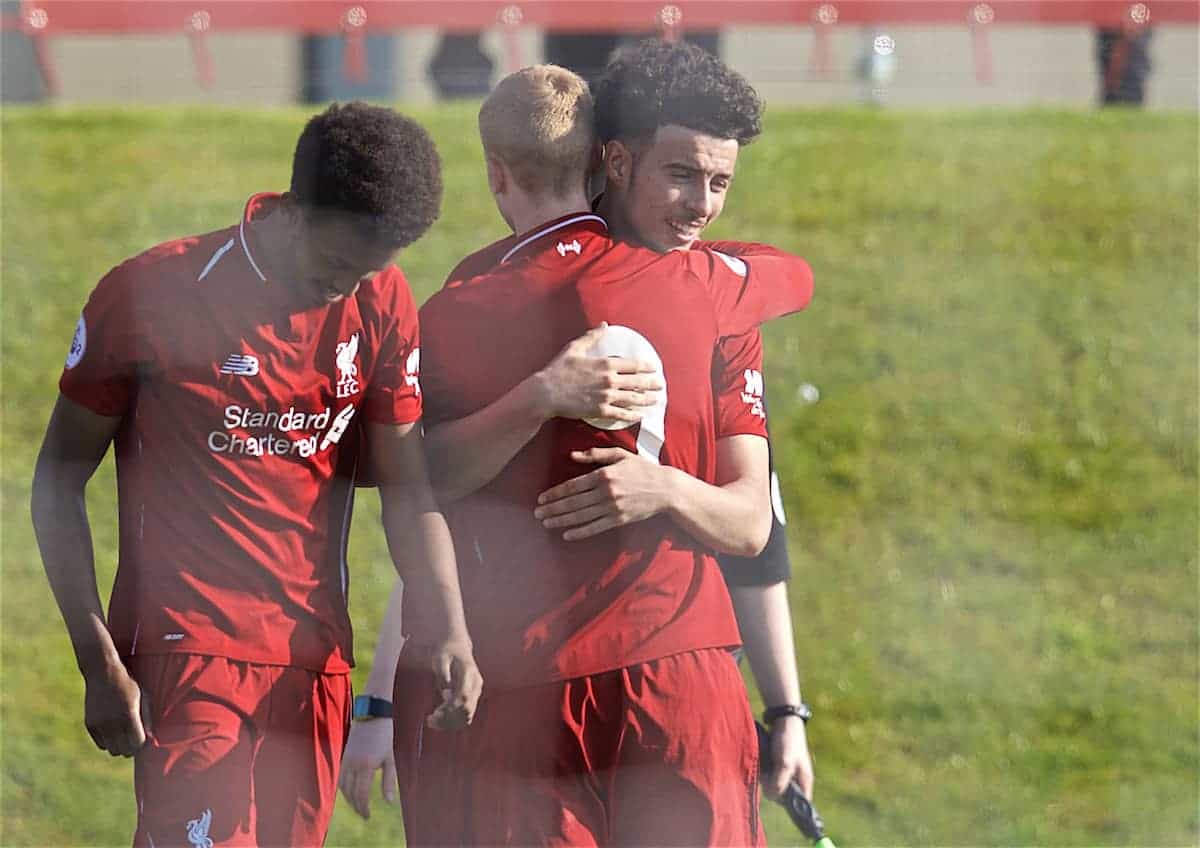 Liverpool U23s produced a scintillating comeback from two goals down to beat their Chelsea counterparts in the Premier League 2 on Saturday afternoon.

Liverpool’s academy at Kirkby was a busy place on Saturday, with the Reds’ U18s in victorious action early on Saturday and the U23s following them in the afternoon.

The teamsheet was the focus for many Liverpool fans ahead of kickoff, but there was no sight of the likes of Alex Oxlade-Chamberlain, Joe Gomez or Rhian Brewster.

Instead, Ben Woodburn started after his international break exploits, Adam Lewis took up a more advanced position on the left and Ki-Jana Hoever played at centre-back.

Just a few minutes after kickoff, though, Chelsea were ahead after a break down the right led to Conor Gallacher finishing for 1-0.

The same player made it two on the half-hour mark after another great team move from the away team, who were comfortably in the ascendancy at that point—but the Reds struck back before the break.

Woodburn tucked away a penalty, won by Curtis Jones, shortly before half-time—his first goal of the season at club level, to go with his strike for Wales at the end of March. 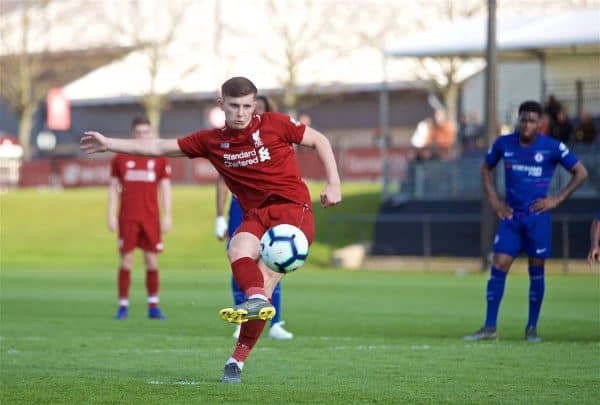 A much better start to the second half saw the Reds quickly level up matters, with Woodburn turning provider this time.

Abdi Sharif—who had been down to play for the U18s earlier in the day before being promoted—scored the equaliser for Liverpool, completing a 10-minute comeback from two down.

Neil Critchley brought on Conor Masterson and Jack Bearne during the second half as the Reds looked for a late winner—which duly arrived in the last minute.

Mirroring the seniors’ recent exploits, the U23s sealed the points thanks to a great goal from Curtis Jones.

The 3-2 win keeps the Reds’ U23s in third place in Premier League 2 with two matches left to play. 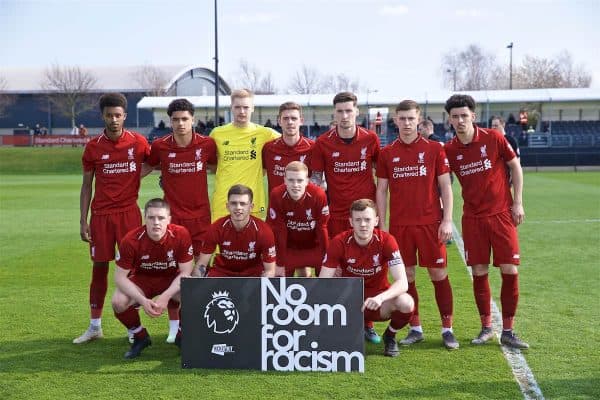