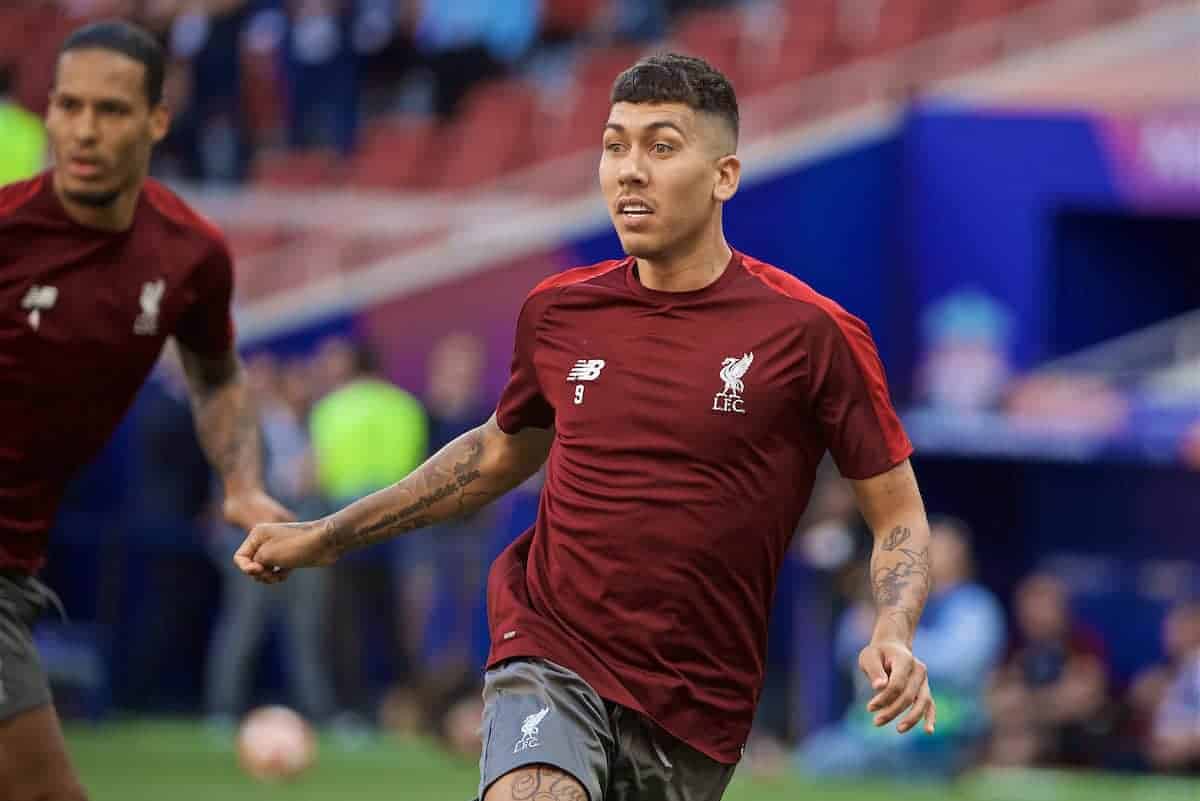 Jurgen Klopp was reluctant to confirm whether Roberto Firmino would start in the Champions League final, despite the Liverpool striker being “completely fine.”

Firmino has missed the last four games, including the remarkable semi-final comeback over Barcelona, with a groin injury.

The Brazilian spent the break between the last game of the Premier League campaign and the trip to Madrid in recovery, and has now rejoined first-team training.

However, it remains to be seen whether Firmino will start against Tottenham on Saturday night, much like Harry Kane for the opposition, and Klopp is eager to preserve the mystique.

“From this point of view, yes he’s ready,” he told reporters at the Wanda Metropolitano on Friday.

“If he will start? If Poch after [this press conference] says the exact [Spurs] lineup, call me and I’ll tell you my lineup as well.

“If nothing happened since coming off the plane, he’ll be completely fine.” 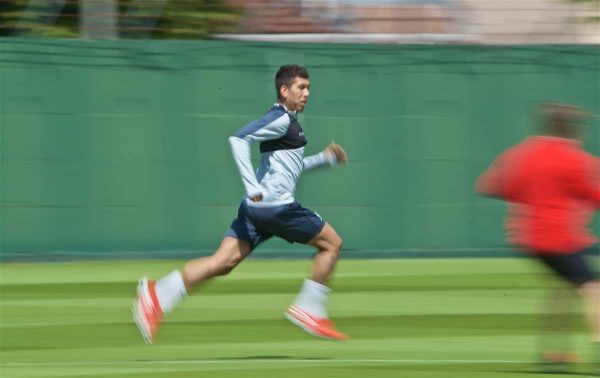 Firmino’s return is great news for Liverpool, with the No. 9 arguably the most important player within Klopp’s system, though it means Divock Origi will be forced to settle for a place on the bench.

Speaking to Sky Sports ahead of the game, Origi said he is “ready to play whatever role the coach wants me to play.”

“Everyone is excited for this final and personally, I’ll be as fit and as ready mentally as possible to do whatever I can do,” the Belgian added.

Beyond Firmino, the only fitness concern for Klopp was Naby Keita, and the Guinean was left out of the 23-man squad to travel on Friday—along with youngsters Ben Woodburn and Curtis Jones.

Only 13 players from the squad to fly for last year’s final have kept their places this time around.