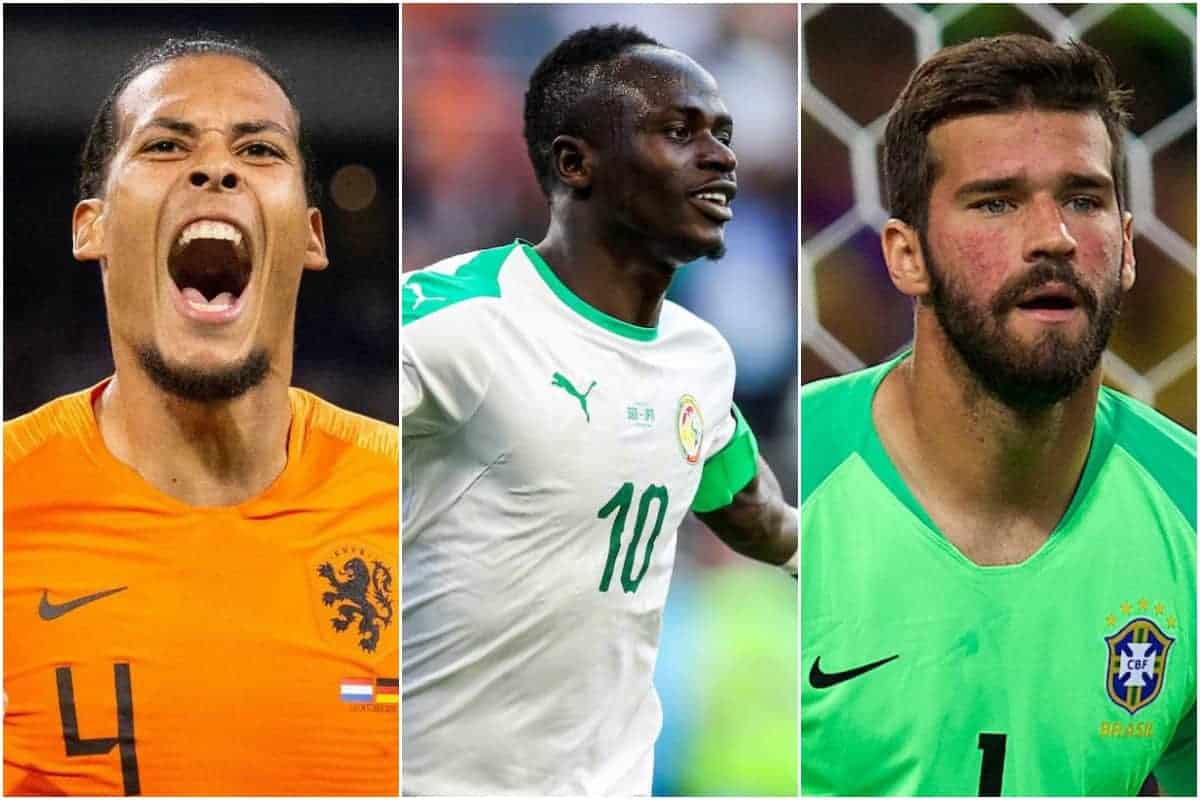 A host of Liverpool players will be on international duty over the summer, but with no World Cup or Euros only a handful could have a delayed return to Melwood.

Once the curtain closed on the Reds’ celebrations following their European Cup triumph a 19-strong Liverpool contingent jetted off to meet up with their respective national teams ahead of a series of summer internationals.

The duration of the players’ time on international duty varies significantly as some are scheduled for only two fixtures, while others will compete over the summer in either the African Cup of Nations or the Copa America.

The majority of th Reds’ squad will return on July 6, with a friendly with Tranmere Rovers is scheduled for July 11.

It means that the Reds will see a selection of players return to the club at a later date as each player will be given a minimum three-week break following their last international fixture.

Significantly, those taking part in 2020 European Championship qualifiers and the Nations League are expected to return to training at the same time as those who were not on international duty.

It ensures the likes of Virgil van Dijk, Gini Wijnaldum, Jordan Henderson, Trent Alexander-Arnold, Joe Gomez and Xherdan Shaqiri will be back at training from the start as their final games in the Nations League are to be played on June 9.

A similar timeline is in place for Andy Robertson, Dejan Lovren, Divock Origi, Harry Wilson and Ben Woodburn as their commitments to their country come to a close on June 11.

Jurgen Klopp’s most pressing concern, however, will be when the likes of Alisson, Roberto Firmino, Mohamed Salah, Sadio Mane and Naby Keita make their returns.

The Brazilian duo’s involvement in the Copa America leaves the exact date of their return unknown.

An exit in the group stage could see the pair make their way back to Liverpool on July 14, but a run to the final would delay that until the Reds’ training camp in France on July 28.

It is the trio of Salah, Mane and Keita, however, which poses as the greatest source of alarm ahead of the new campaign.

Should any of Egypt, Senegal or Guinea make the AFCON final they will not make their way back to the club until August 9 – one day prior to the start of the new league season and over five-weeks after the majority of their teammates.

After an intense campaign at club level, which saw both Salah and Mane play the most minutes of their career, the best-case scenario for Liverpool would be an exit prior to the final to ensure they are ready for the start of the 2019/20 season.

The earliest arrival back on Merseyside for any one of the African trio would be July 22 should their team fail to qualify from the group stage and from that point, their return could span anywhere from July 26 and August 9.