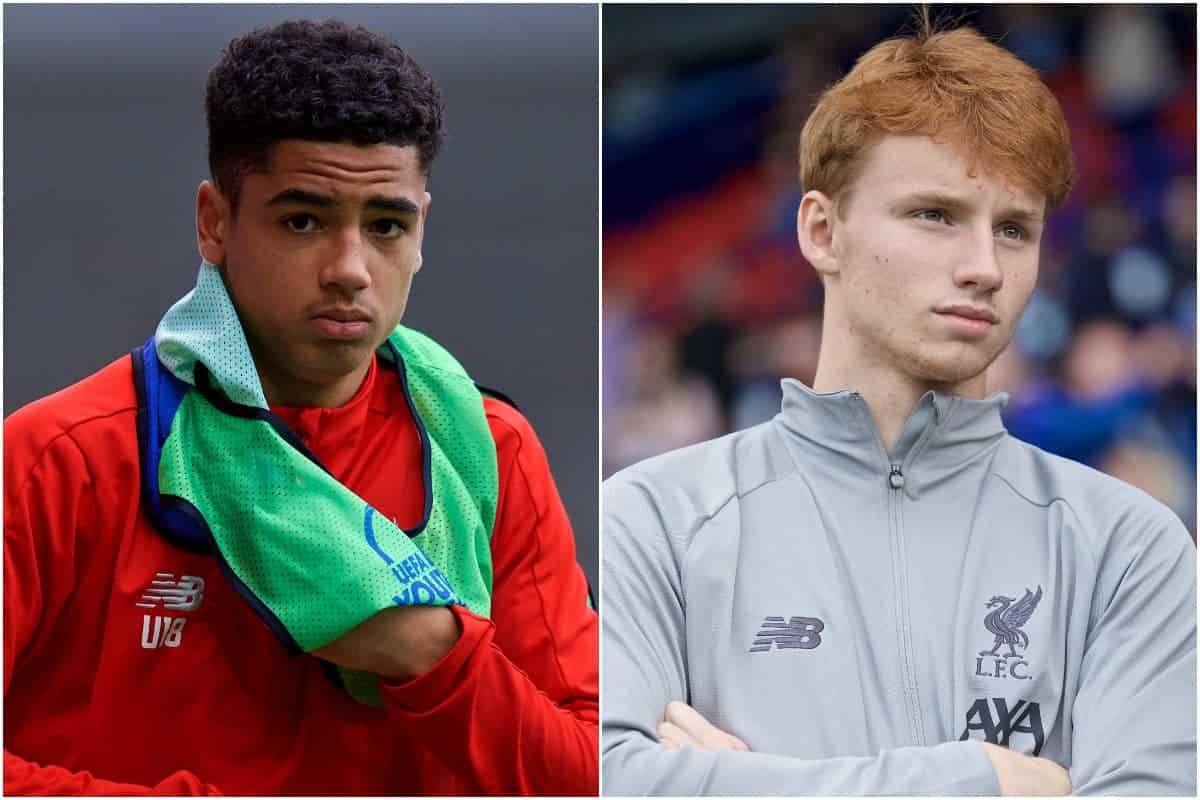 Dejan Lovren may not leave Liverpool this summer, but the club’s plan to part ways with the centre-back shows faith in Ki-Jana Hoever and Sepp van den Berg.

The Reds have recent previous in allowing long-serving, but increasingly peripheral, players depart if their reasonable terms are met.

Lucas Leiva left after 10 years on Merseyside in 2017, with the Brazilian joining Lazio for just £5 million as he was given Jurgen Klopp‘s blessing to pursue regular first-team football.

“When he left, we both had a little tear in our eye. It was really a special moment,” the manager reflected at the time, conceding that he was not able to give Lucas any assurances over his playing time.

This summer, Simon Mignolet was granted a £6.4 million switch to Club Brugge in his native Belgium, having spent a campaign as backup to Alisson and making it respectfully clear that he didn’t wish to do the same in 2019/20.

“The service he has given this club during his time here means I cannot ignore an opportunity for him that will impact so positively on his future,” Klopp said of his former first-choice goalkeeper.

“I think what he has done for LFC means he earns the right to do something that helps him in this moment.”

Lovren has hoped to follow their path this summer, with the Croatian setting his sights on a move away from Anfield after dropping down the pecking order.

Behind Virgil van Dijk, Joel Matip and Joe Gomez at centre-back, Lovren’s representatives held talks with both AC Milan and AS Roma, and the latter had been expected to seal a £15 million deal earlier in August.

Negotiations broke down between Roma and the Reds, however, as no official offer was forthcoming from the Serie A outfit.

Brief suggestions of a loan move to Bayer Leverkusen have been quashed, and it could be that Lovren is left to spend at least the first half of the season back with Liverpool.

Returning from ‘illness’ to take part in training ahead of the Reds’ first top-six clash of the campaign at home to Arsenal, the 30-year-old showed the first sign that he is preparing to stay.

But regardless of the side he is turning out for when the transfer window closes across the rest of Europe’s top leagues on September 2, a big statement has been made with the club’s stance on Lovren.

The latest valuation to emerge for the Croatian was just £15 million—the fee believed to be enough to make him a Roma player—which, given his reputation, is decidedly low.

Lovren, despite his detractors, is an international centre-back with at least five more playing years ahead of him, and having signed a four-year deal with Liverpool in 2017—with the option for a fifth—he is in a secure position in terms of his contract.

He is clearly well-liked within the dressing room and by Klopp, and that relationship may have influenced the Reds’ decision as it did with Lucas and Mignolet.

Departing without rocking the boat—as he did, it must be noted, in a tumultuous exit from Southampton—would be a comfortable situation after a campaign that saw him play just 1,261 minutes.

This is particularly so given the stock placed in two young defenders brought in over the past year, with Hoever and Van den Berg no doubt factoring strongly when Klopp and his backroom staff weighed up whether to allow Lovren to leave.

Hoever’s place on this carousel is fitting, as his debut for the club came replacing Lovren six minutes into his last regular run in the starting lineup.

The 17-year-old became the club’s third-youngest debutant when he came on in the 2-1 loss to Wolves in the FA Cup, and though this was an anomaly, Hoever is set for a long future with Liverpool.

Having helped the Netherlands win the Under-17 European Championship in May, Hoever grew in both stature and confidence over the summer and was one of the Reds’ standout performers in pre-season.

Van den Berg, meanwhile, was forced to wait for his first outing following a £1.3 million move from PEC Zwolle, and when it eventually came during the US tour, it was clear Klopp is taking a cautious approach with his transition.

But the lofty centre-back, also 17, is tipped to be fast-tracked into the senior setup once he adjusts to life in England, and English football.

The timeline for this adaptation is, of course, flexible, and it has been apparent in Van den Berg’s first forays into competitive action with the Liverpool under-23s that it will take time for the Dutchman to settle.

His biggest test yet came against Michy Batshuayi in the 3-0 loss at Stamford Bridge, and the youngster was culpable for the Chelsea striker’s opener after failing to judge the flight of a long pass.

Similarly, while his long-term role is earmarked as a centre-back, Hoever’s route to the first team may require a longer apprenticeship—plus, a stint serving as full-back cover.

Speaking earlier in August—after Hoever signed his first professional contract with the club—Klopp described him as a “sensational player,” and highlighted his second-half cameo at left-back against Napoli as “maybe his best 15 minutes in the pre-season.”

If Lovren does stay beyond midnight on September 2, immediate opportunities for Hoever and Van den Berg may dry up, as there is no way Klopp will overlook his No. 6.

It could also be argued that, for now, Fabinho will also be ahead of them if another injury crisis strikes and any two of Van Dijk, Matip and Gomez are sidelined.

But in the long term, the plan to allow Lovren to leave, with no sign of a senior replacement, is a real show of faith in the teenagers.

This is a similar situation to that of Rhian Brewster, who despite being yet to feature in a matchday squad this season, is the effective replacement for Daniel Sturridge.

Further parallels can be drawn with Caoimhin Kelleher, now third-choice ‘keeper, and Harvey Elliott, a 16-year-old signed with a view to a swift rise.

And if they are able to find a foothold at senior level when given the chance, their youth and significant potential bodes very well for the Reds’ future.

Their success would embody the changing ethos of the club in recent years, from the ‘quality over quantity’ shift in the academy, to the fading memories of the mediocre squad of 2014/15, to Klopp’s fruitful commitment to youth.