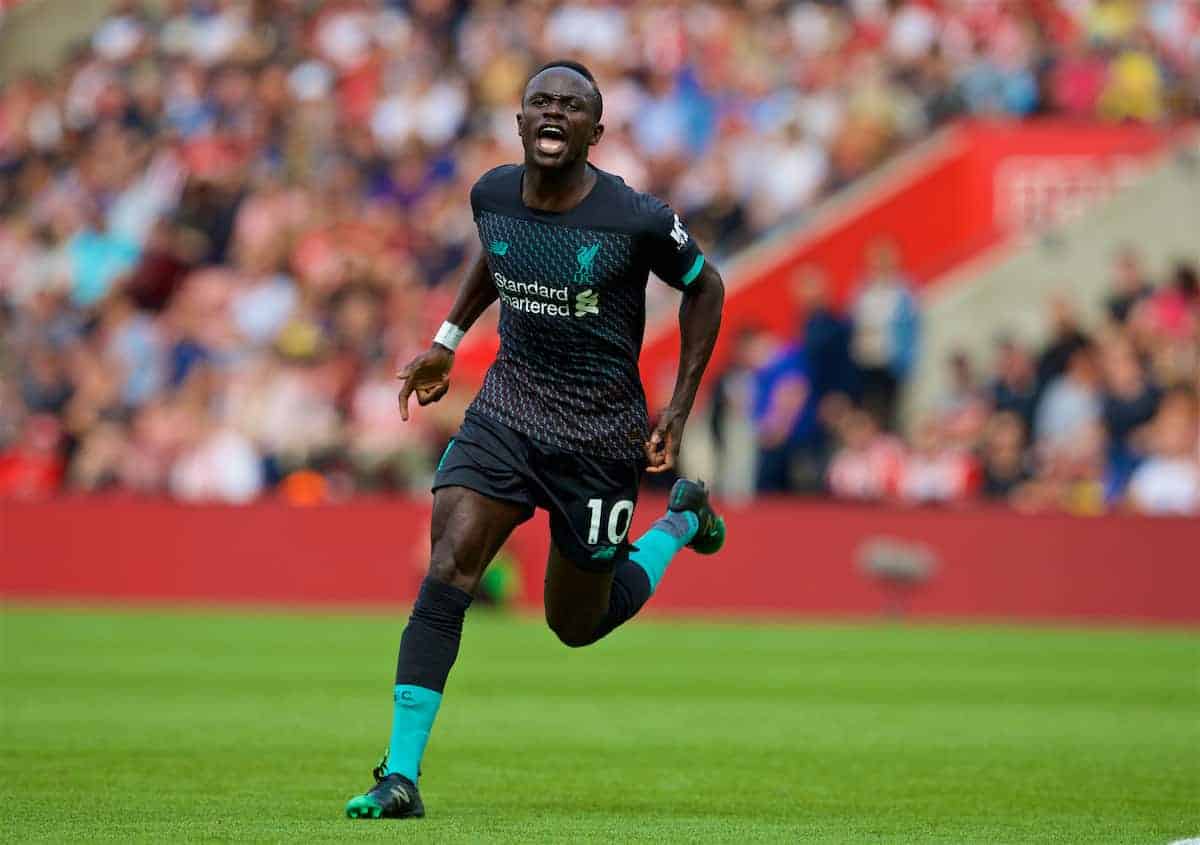 Liverpool produced another hit-and-miss display as they secured a 2-1 win at Southampton on Sunday, to keep their 100 percent record in the Premier League intact.

The Reds began the season with a 4-1 victory over Norwich at Anfield, but defensive frailties were apparent in both that and the UEFA Super Cup triumph over Chelsea in midweek.

Similar could be said of this weekend’s trip to St Mary’s, with injury to Alisson and the instalment of Adrian as stand-in stopper doing little to calm the nerves.

It was a difficult first half in Hampshire, but fortunately Sadio Mane kicked into gear in stoppage time, firing a brilliant curled effort beyond Angus Gunn to make it 1-0.

And Jurgen Klopp clearly had words in the dressing room, as Liverpool emerged for the second 45 a different beast, pushing relentlessly for a second.

Mohamed Salah, Roberto Firmino and Andy Robertson all had fine chances to double the lead, but Gunn’s saves and poor finishing kept the lead a slim one.

Eventually, however, Firmino was able to fire past the ex-Man City youngster to give the Reds command of the tie, cutting inside and sending the ball low into the bottom corner.

That was not to be the last of the drama, though, as Adrian‘s shaky performance ultimately led to a shocking error from the Spaniard.

Receiving the ball from Virgil van Dijk‘s routine back pass, the No. 13 contrived to kick it straight at Danny Ings as he pressed in the six-yard box, handing Southampton a way back into the game.

Fortunately it came too late, and Liverpool were able to hold on, with three points theirs as they return to Merseyside.

But with Arsenal to come next Saturday night, there were clear warning signs that need be to addressed.