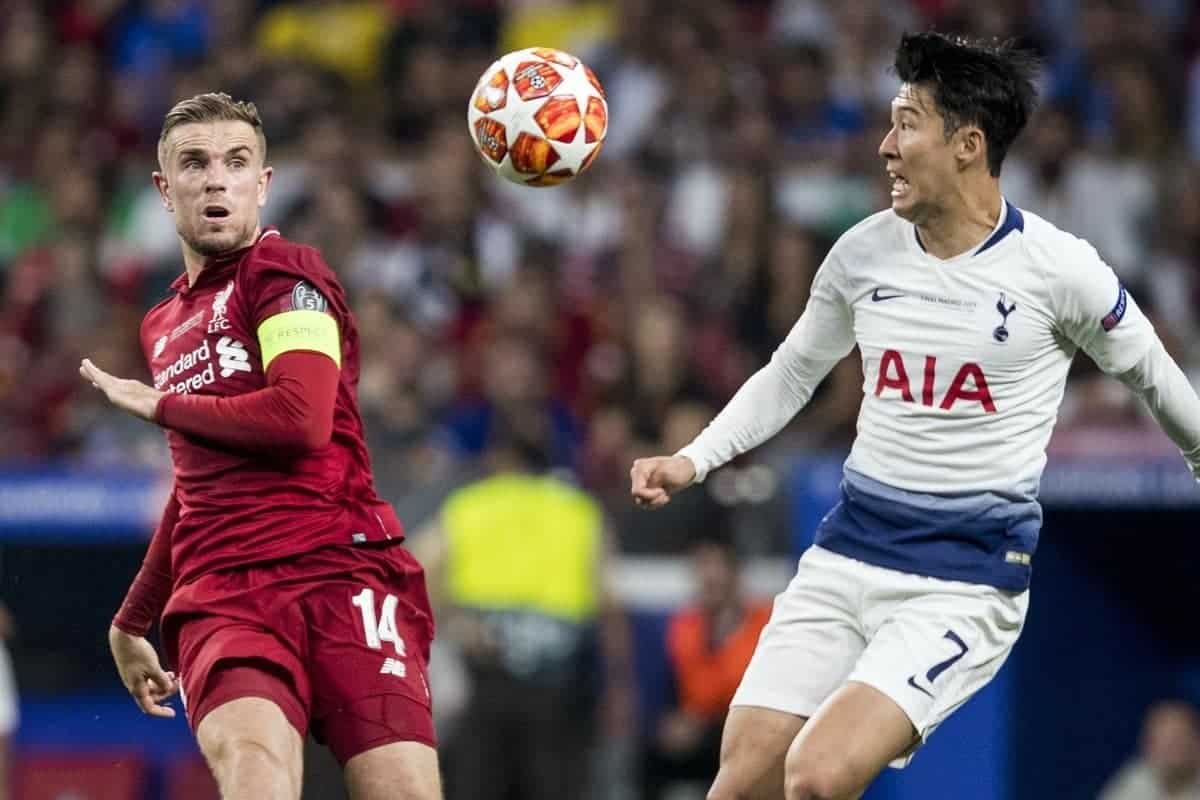 After the relative disappointment of only drawing 1-1 at Man United last weekend, the Reds bounced back in style on Wednesday.

Jurgen Klopp‘s men eased to a 4-1 win away to Genk in the Champions League, keeping the defence of their European crown on track.

Spurs head to Anfield with plenty of question marks surrounding them, even though they thumped Red Star 5-0 in midweek.

Mauricio Pochettino’s side have endured some dreadful results this season and there is a feeling that they may have reached the end of their cycle. 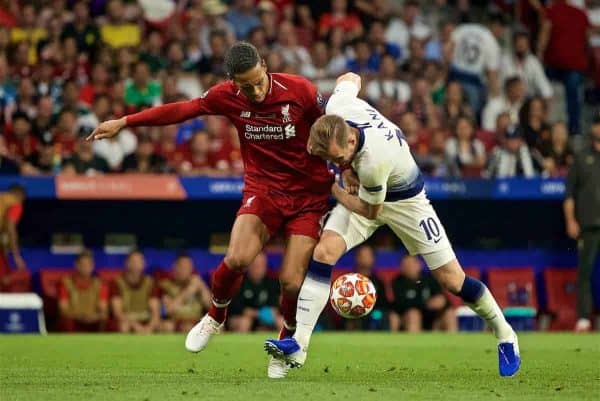 The north Londoners are still a side brimming with talent, however, with individuals who can win a game on their own.

Liverpool will understandably be strong favourites going into the game, but their recent performances haven’t been convincing throughout the 90 minutes.

If they aren’t at the races this weekend, Spurs could capitalise, as they look to avenge their defeat in Madrid back in June.

Should the Reds turn up and the visitors’ current woes continue, it will be another afternoon to cherish on Merseyside.

With Man City likely to be just three points behind by the time the match kicks off, the pressure will be on.

They are Klopp’s only injury concerns, however, with Trent Alexander-Arnold expected to return after missing the Genk victory with a virus.

Dejan Lovren may continue alongside Virgil van Dijk if Matip is out, although Joe Gomez remains an option.

It will be interesting to see what Klopp does in midfield, with six strong options at his disposal.

Fabinho is a certainty to start, as always, but the manager must then decide whether to be cautious or dynamic in his approach.

Gini Wijnaldum and Jordan Henderson could easily be restored, but the midweek performances of Alex Oxlade-Chamberlain and Naby Keita have provided serious food for thought.

Mohamed Salah, Sadio Mane and Roberto Firmino are all fit and available, with a rest likely coming their way against Arsenal in the League Cup on Wednesday.

Hugo Lloris is facing an extended spell on the sidelines for Spurs, after dislocating his elbow at Brighton earlier this month, but summer signing Ryan Sessegnon is closing in on inclusion. 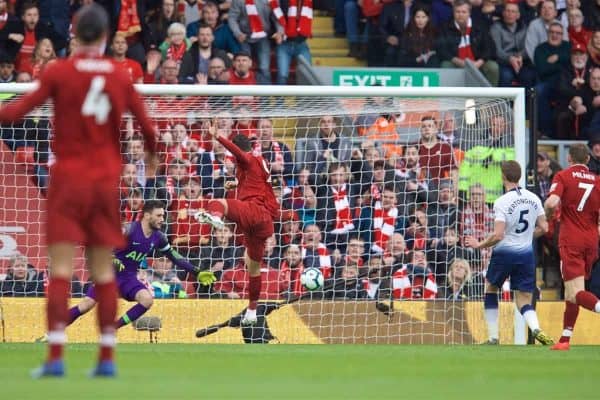 Spurs have only won twice at Anfield in the Premier League in 27 attempts.

The first of those victories came back in August 1993, when Nigel Clough’s opener was swiftly cancelled out by a Teddy Sheringham double.

Then in 2010/11, on the penultimate weekend of the season, the north London outfit won 2-0, thanks to goals from Rafael van der Vaart and Luka Modric. 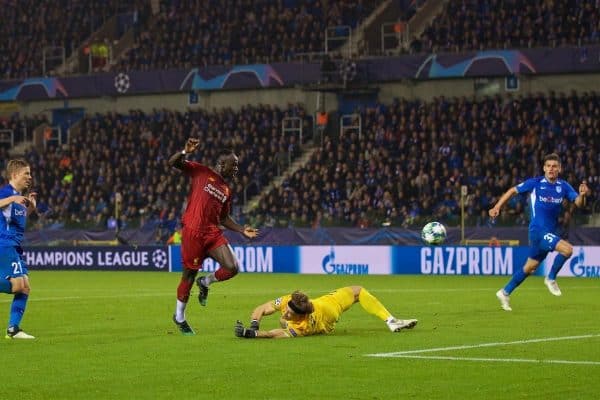 Speaking in his pre-match press conference, Klopp lauded the influence of Fabinho at the heart of Liverpool’s midfield:

“It was clear it will not be perfectly tuned with Oxlade and Naby around [against Genk], because they didn’t play a lot together in this formation. But it’s a possible formation, for sure.

“Fabby had a lot to do, to sort some little gaps which we left open in different situations.

Liverpool vs. Tottenham is live on Sky Sports Main Event from 4pm (GMT), with kickoff at 4.30pm.

Chris Williams is tasked with talking you through the action on This is Anfield’s matchday liveblog, keeping you entertained from 3.45pm.