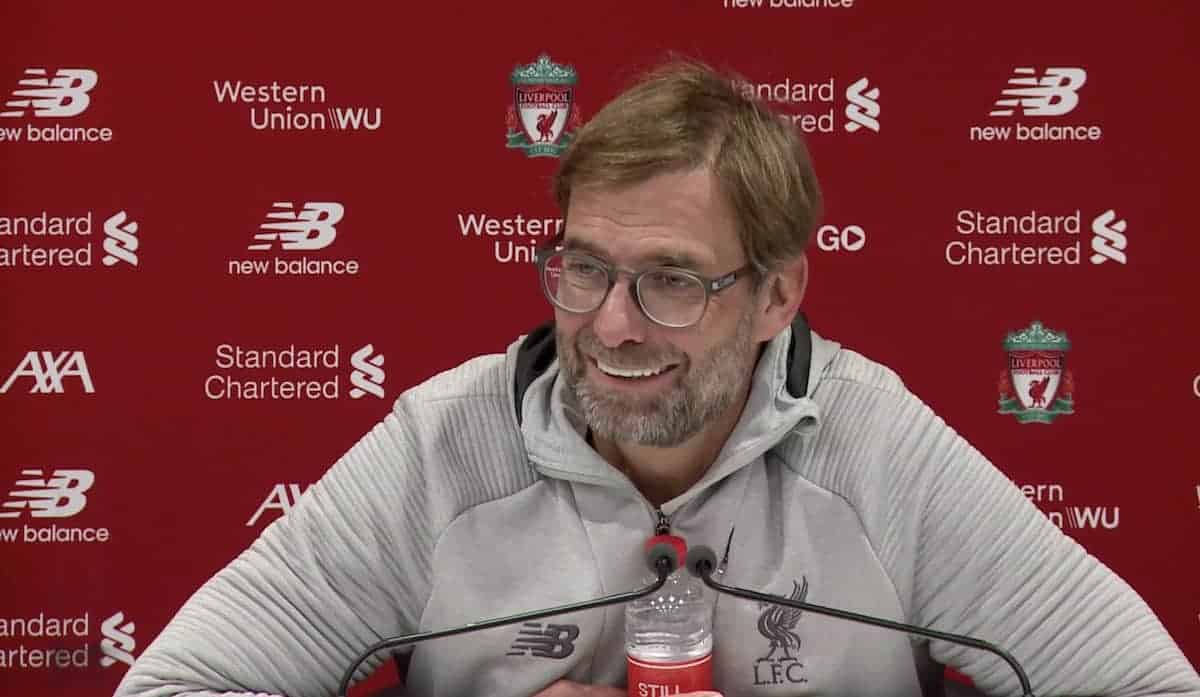 Jurgen Klopp said he “had so much fun” as he watched his young Liverpool fight back to defeat Arsenal on penalties in the League Cup.

It was a remarkable game that saw 10 goals in normal time, as Neco Williams made his Reds debut and six others made their first outings at Anfield.

Among those were Caoimhin Kelleher and Curtis Jones, the heroes in the shootout, and though it is unclear whether his side will be able to play their quarter-final, Klopp was proud of his players after the game.

“I pretty much enjoyed each second of the game, to be honest,” he told reporters.

“I don’t know the last time when I had so much fun in a football game.

“Because I saw so many really good performances.

“I was so happy and pleased for the kids, obviously, that they will remember their first night at Anfield for the rest of their lives!

“Then in the end they made it a proper, special football night.

“Yes, as a manager maybe I should think more or worry more about the goals we conceded, but I couldn’t care less.

“I couldn’t care less tonight, because the mistakes we made were obvious but that’s not important.

“For development the most important thing is that you react in the right way, because in a perfect football game all these boys can play, but a rather difficult game, that’s what we have to make them ready for.

“And it was a difficult football. They worked their socks off and played their soul on the pitch, I really loved it.”

There was one “little shadow” on the night, according to Klopp, in the form of a potential groin injury for Naby Keita, who was replaced by Jones early in the second half.

“I’m not sure but he slipped, I saw that,” the manager explained.

“And afterwards he was limping a little bit and so we have to see. Hopefully not too serious.”

It is unlikely, therefore, that Keita will take part in Liverpool’s next clash away to Aston Villa in the Premier League on Saturday.

But others may have given him food for thought, including Alex Oxlade-Chamberlain, whose long-range strike served as another reminder of his exceptional talent.