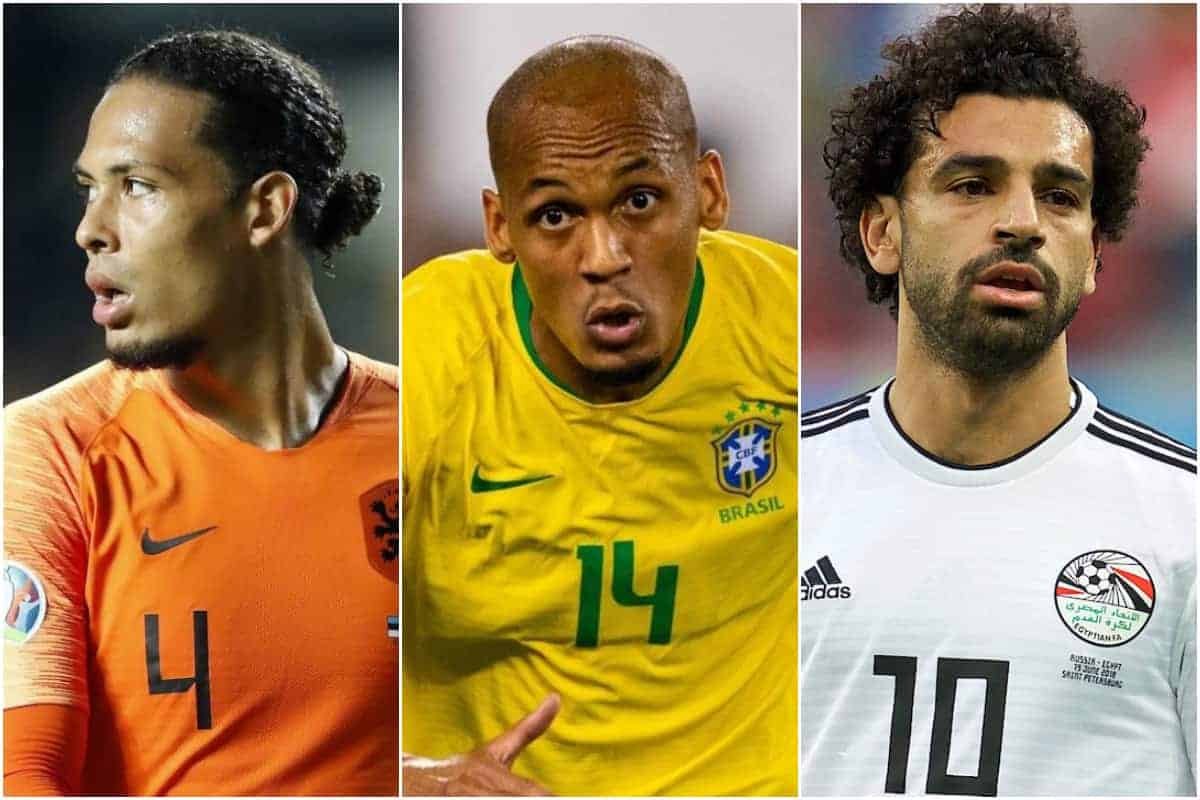 Liverpool will see 16 first-team players depart for international duty this month, with another eight academy talents and loanees also set for duty.

The Reds secured a vital win before the final interval of the year on Sunday, as they put Man City to the sword with a 3-1 victory.

It was a crucial result which extended their lead at the top of the table, and keeps momentum ahead of the trip to Crystal Palace next time out on November 23.

While some have missed out due to injury, suspension or simply falling out of favour, the majority of Jurgen Klopp‘s squad will now join up with their national teams for qualifiers and friendlies.

A four-strong group of Joe Gomez, Trent Alexander-Arnold, Jordan Henderson and Alex Oxlade-Chamberlain have been named in the England squad to play Montenegro and Kosovo.

Gomez is still under consideration for the clash with Montenegro despite an altercation with Raheem Sterling in training on Monday which saw the Man City winger dropped.

Alisson, Fabinho and Roberto Firmino are set for another long trip as Brazil take on Argentina and South Korea in Saudi Arabia and the United Arab Emirates.

Both Virgil van Dijk and Gini Wijnaldum should feature heavily as the Netherlands face Northern Ireland and Estonia, while Divock Origi is in the Belgium squad for clashes with Russia and Cyprus.

Andy Robertson reported for Scotland duty for Euro 2020 qualifiers against Cyprus and Kazakhstan, ahead of a playoff in March, but has since withdrawn from the squad.

Despite concerns from Liverpool over his ongoing ankle problems, Mohamed Salah will have scans in Egypt with a view to taking on Kenya and Comoros.

Naby Keita is also due to kick off Africa Cup of Nations qualifiers as Guinea visit Mali and host Namibia, while Sadio Mane will be part of the Senegal squad to play Congo and Eswatini.

Loanees Harry Wilson (Wales) and Liam Millar (Canada) round off the senior call-ups.

At youth level, Taiwo Awoniyi is with the Nigeria under-23s, Kamil Grabara captains the Poland under-21s and Rhian Brewster has been named in the England under-21s squad.

Caoimhin Kelleher was part of the Republic of Ireland under-21s selection—after initially being named in Mick McCarthy’s senior group—but has pulled out of their clash with Armenia.

Harvey Elliott was also due to be in the latter squad, but has been withdrawn.

Among those overlooked were Adam Lallana, Marko Grujic and Curtis Jones, while Dejan Lovren is suspended for Croatia and Xherdan Shaqiri misses out for Switzerland due to injury.

Liverpool in the November International Break