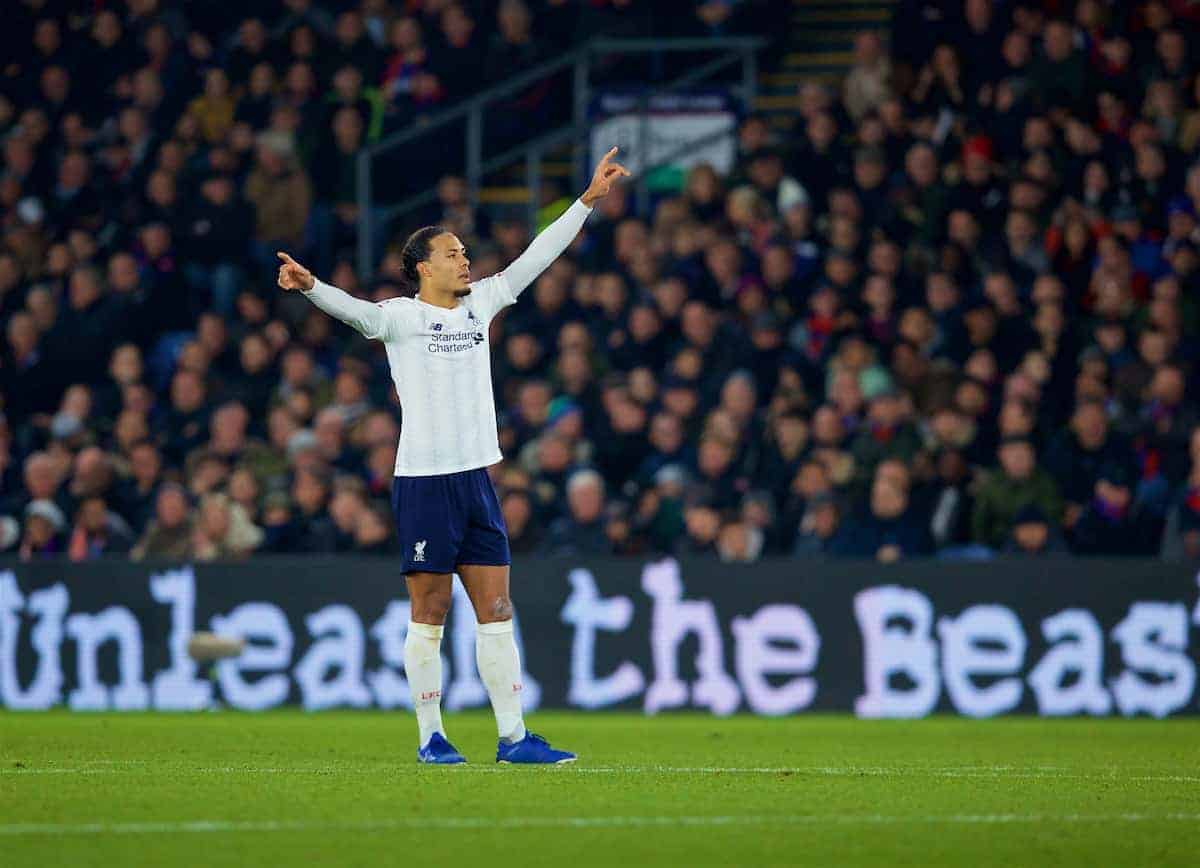 Liverpool battled their way to another late win, 2-1 at Crystal Palace, with Virgil van Dijk and Sadio Mane the standout players.

The Reds made the trip to Selhurst Park knowing victory would crank up the pressure on their rivals, on what proved to be another nerve-wracking afternoon.

A forgettable first half saw the two sides head in goalless, but Mane found the net early in the second, finishing well.

Wilfried Zaha looked to have earned a point for Palace, but Roberto Firmino‘s strike with five minutes left clinched the win for Liverpool.

Here we compare our player ratings with those from the Liverpool Echo, the Mirror, the Independent, WhoScored, FotMob and the TIA readers. 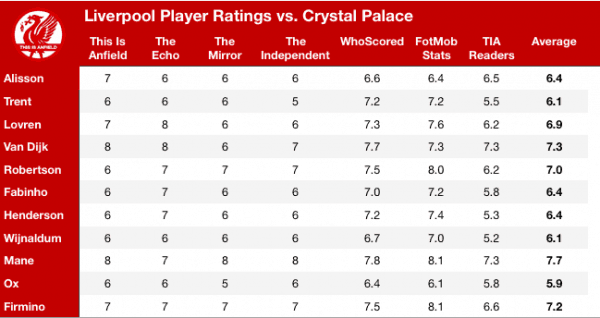 Mane (7.7) received the highest average rating, as he again proved to be Liverpool’s most potent attacking player.

The Senegalese took his goal well and was a constant menace to the Palace defence, working his socks off at the same time.

This is Anfield’s Henry Jackson hailed Mane as “indispensable” to the Reds at the moment, while Matt Maltby of the Mirror felt he “stretched Palace’s defence all game.”

Van Dijk (7.3) was excellent at the heart of the defence – he was arguably unfortunate not to receive a higher average than Mane.

The 28-year-old’s aerial prowess was crucial, according to the Echo‘s Ian Doyle, with FotMob highlighting that he won five duels in the air.

Jackson believes Liverpool’s No.9’s strike could be a “huge moment in the title race”, as he outlined his importance.

On a day when a number of Reds players struggled to hit top gear, Alex Oxlade-Chamberlain (5.9) took home the wooden spoon.

Maltby thought he “cut a lonely figure in attack”, struggling to enjoy the same level of influence as he does in midfield.

There is little time to rest for Liverpool, who host Napoli in the Champions League on Wednesday evening.