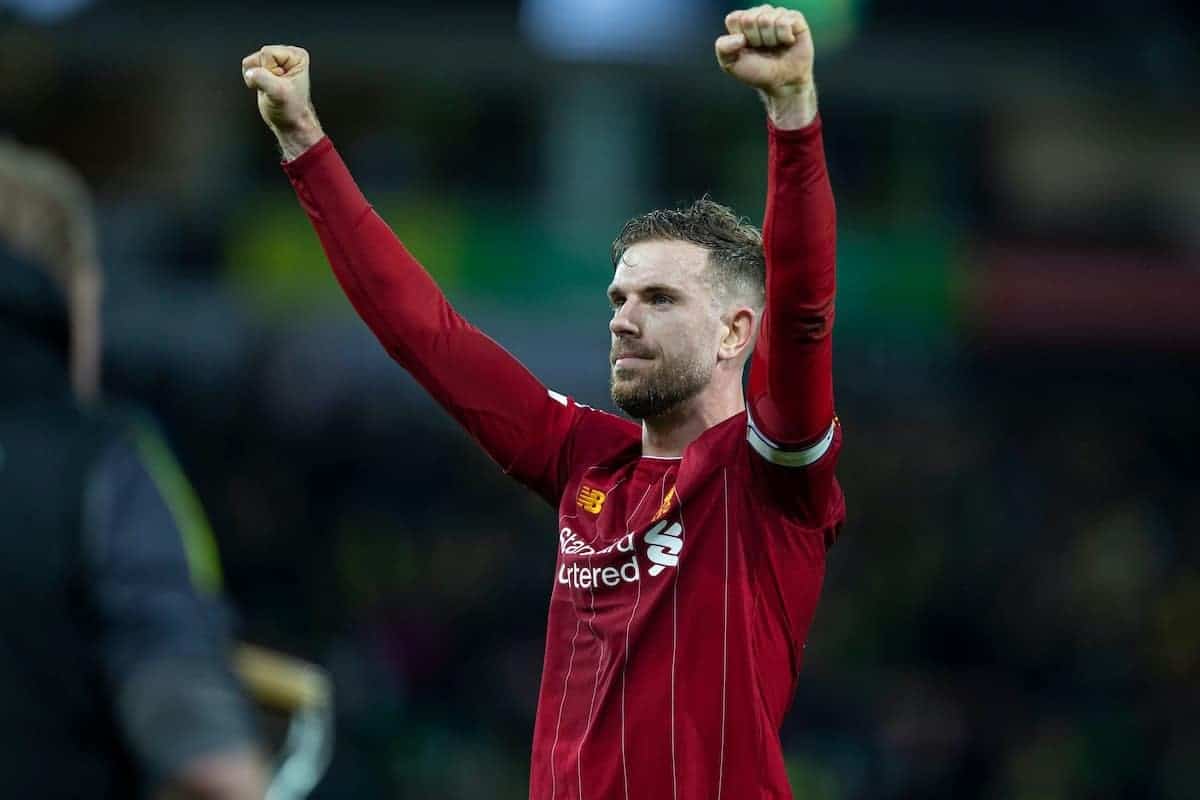 Liverpool battled hard to grind out a 1-0 victory away to Norwich on Saturday evening, with Alisson a colossus between the sticks yet again.

The Reds returned to action after their winter break as top visited bottom in the Premier League.

Jurgen Klopp‘s men were given a stern test in a wind-affected match, however, and it looked for a while as though points would be dropped for just the second time this season.

As has become the norm in 2019/20, though, Liverpool found a way to win, with substitute Sadio Mane brilliantly firing home a late winner.

The Reds are now 25 points clear of Man City and just five wins are required to seal a first league title since 1990. 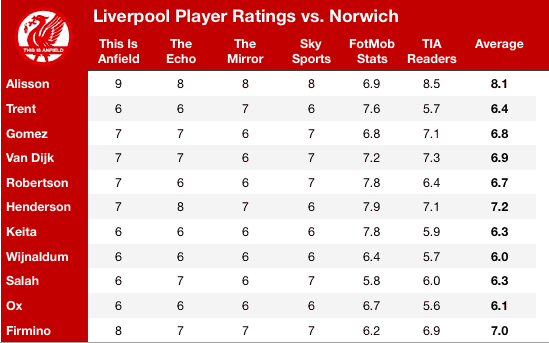 Alisson (8.1) showed once again why he is such a pivotal member of this Liverpool team, taking home the highest average rating.

The Brazilian recorded his 10th clean sheet in his last 11 league games, making a wonderful first-half save and also thwarting Teemu Pukki in the dying seconds.

In second place was Jordan Henderson (7.2), who didn’t hit the level he has found in recent weeks, but still impressed in the middle of the park.

FotMob highlighted the fact that the skipper won four duels and made six ball recoveries, also providing the assist for Mane.

Roberto Firmino (7.0) was the only other player to average at least a seven out of 10 rating, catching the eye with his quality.

Jackson gushed over an “outrageous scooped pass” to Gini Wijnaldum before the break—a moment that summed up the 28-year-old’s unique magic.

Mane didn’t start, so failed to earn an average rating, but his impact should not be ignored, with Doyle hailing the Senegalese for bringing “much-needed thrust to the Liverpool attack.”

Naby Keita (6.3) and Mohamed Salah (6.3) both received low ratings, although the pair still contributed despite not hitting top gear.

Darren Wells of the Mirror said Keita “looked a little rusty and missed a sitter,” while FotMob noted that Salah lost three of his four duels.

Gini Wijnaldum (6.0) finished bottom of the ratings among starters.

Looking ahead there is little rest for Liverpool, who return to Champions League action on Tuesday night.

The Reds head to the scene of last season’s final win over Tottenham, the Wanda Metropolitano, for the first leg of their last-16 tie against Atletico Madrid.