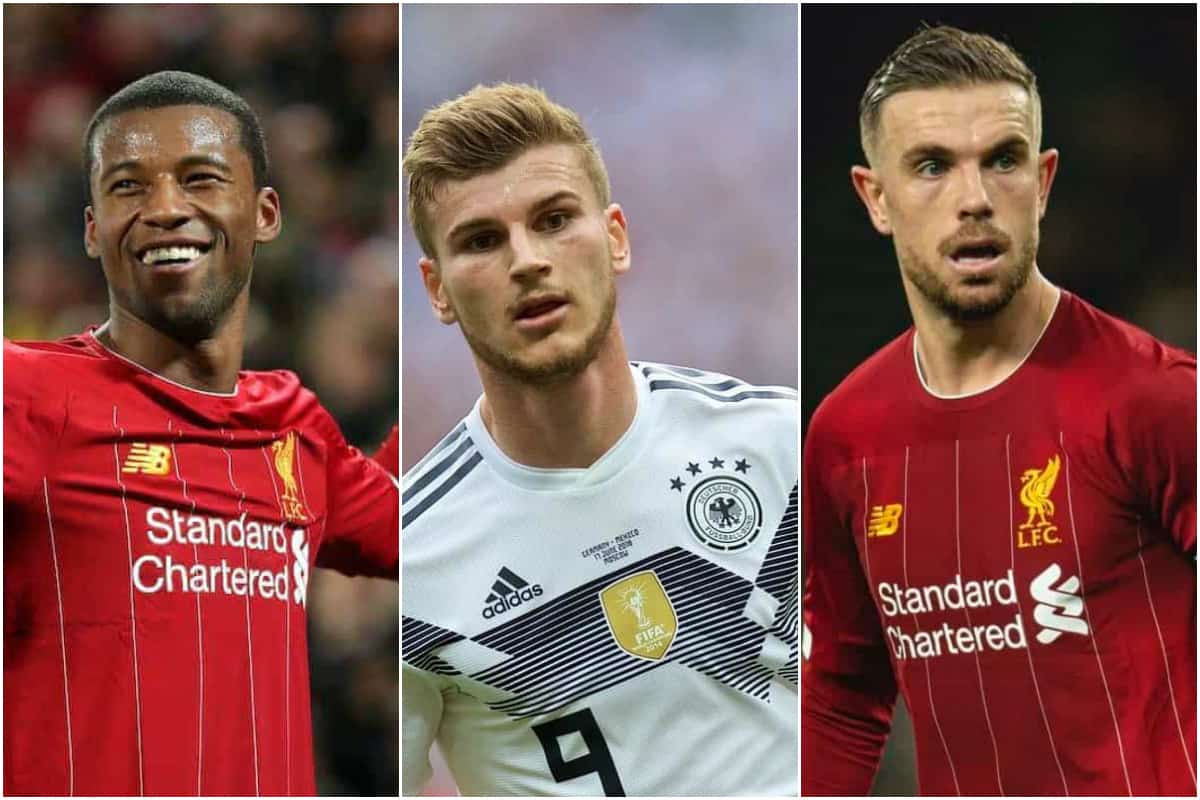 Liverpool beat West Ham on Monday night and today we have all the reaction, the news around the squad and look ahead to the week.

Bargain hunting in the Bundesliga

Liverpool have long been linked with Timo Werer, with the Leipzig striker causing more headlines this week after praising Jurgen Klopp.

Now, latest reports out of Germany suggest that his price tag is even lower than previously expected, with Sport 1 claiming that he can be signed for as little as an initial €30 million.

That price would come with a “guarantee of performance-related bonuses,” which would presumably be what are normally classed as add-ons, such as the Reds’ league and European progress and Werner’s goals and achievements.

Previous reports have suggested that the exit clause Werner has will expire midway through the season, so we can expect this to continue developing and providing further revelations over the coming weeks.

Especially when he bats his eyelids the way of Anfield after every goal.

The captain’s importance has been questioned at times over the years, but he keeps bouncing back and proving himself even more.

Now even without playing his influence is being felt, as fans and players alike pointed to Monday’s up-and-down display against West Ham as proof of his impact.

Both full-backs said that Henderson’s absence is bad for the team, in terms of leadership and helping out the team with his enormous work-rate, with Andy Robertson saying “the quicker he’s back the better.”

Hendo can do no wrong right now – don’t back against him getting another critical goal in a big game to further showcase his captaincy skills.

It wasn’t the most straight-forward of matches, but Liverpool kept their winning run going in the end on Monday night.

No slowing down for Gini 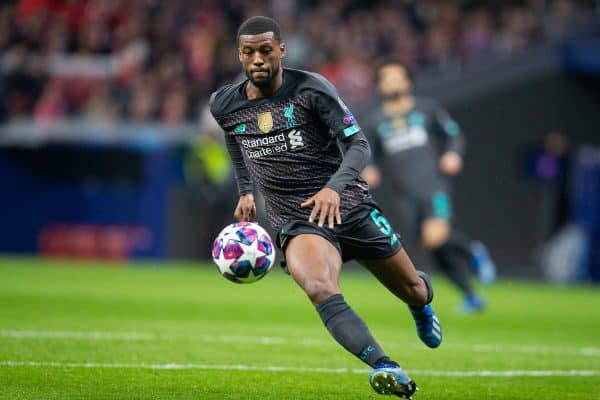 Monday night’s goalscorer Gini Wijnaldum has hit the headlines a few times of late, with questions over his contract situation with the Reds.

He’s got another year left to run after this season, but it’s the last likely period where the Reds would sell or renew the contract of the Dutchman.

Whatever happens, don’t expect Wijnaldum to be dropping down the European ladder: if he leaves Liverpool it’ll be for another big team.

The No. 5 says he wants to “play at a high level until I’m 38” – nine years from now – while also potentially finishing his career at one of his former clubs in his homeland: PSV, Feyenoord or Sparta.

He still has plenty to give, so don’t be surprised to see him agree to extend his Anfield stay a while longer.

Great chat with Trent on MNF. Click here if you can’t see the video below.

Serge Gnabry has had a remarkable ascent to the top with Bayern, but it wasn’t always that way. BBC Sport’s Alex Bysouth looks at the forward’s rise.

And the Independent‘s Melissa Reddy looks at how Trent Alexander-Arnold has redefined the right-back role after another exceptional outing for the Reds.

Take your pick of the Champions League games, but Chelsea vs. Bayern perhaps has more potential for more goals. Both at 8pm on BT Sport.