Thirteen years before his goal won the Merseyside derby for Liverpool, Everton turned down a six-year-old Curtis Jones due to concerns over his “cocky” attitude.

Jones is considered one of the brightest talents to emerge from the Reds’ academy in years, and there is a strong possibility he establishes himself in the first team in the future.

Next season could see his opportunities increase beyond the eight outings handed to him so far this season, particularly as Adam Lallana is due to depart on the expiry of his contract.

The 19-year-old has already announced himself on the senior stage, of course, with his stunning curled winner in the FA Cup win over Everton in January, while he also netted the decisive penalty in the League Cup victory over Arsenal in October.

But according to The Athletic‘s Simon Hughes, there was a chance Jones could be lining up for the Blues instead, only Liverpool’s rivals turned him down as a youngster “because he modelled himself on Cristiano Ronaldo.”

Everton are said to have overlooked Jones as he was deemed “too cocky” as a six-year-old, but the Reds had no such fear.

“It was concluded that with his birthday coming late in the school year,” Hughes writes, “a social maturity may arrive later than with other players.”

After Jones’ shootout winner against Arsenal, Jurgen Klopp admitted the midfielder “has no issue with self-confidence,” adding that he “absolutely doesn’t struggle in that department,” and this is a clear character trait for the teenager.

This was echoed by Neil Critchley as he prepared to make him the club’s youngest-ever captain in the FA Cup, with the then-U23s manager saying: “Self-belief is probably not one of his weaknesses, but that is also why he is who he is.”

There is no suggestion that Jones is a disruptive influence at either the academy or Klopp’s first-team squad—to the contrary, he has led the U23s by example this season, and is clearly well-regarded at Melwood.

It appears as though Liverpool have harnessed his “cocky” nature to their advantage, with Jones’ commitment to meeting the demands of Klopp’s system allowing his self-confidence to become a key quality, not a negative factor.

Whether he would have signed for Everton even if they made an approach is another question, as a boyhood Red, but it highlights a power shift in the two clubs’ recruitment at youth level that Jones is now shining at Liverpool.

Liverpool 1-1 Burnley: Player Ratings – What the media and statistics say 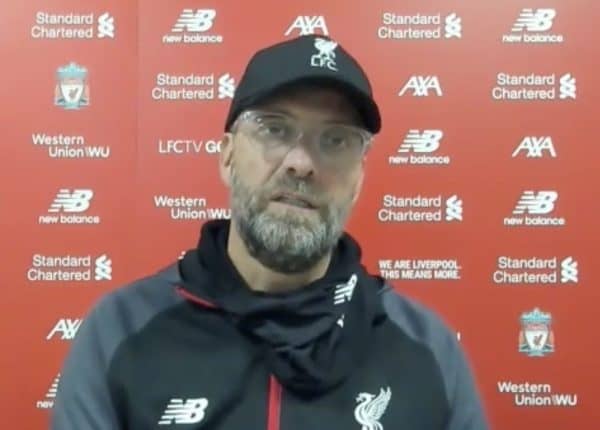 Liverpool 1-1 Burnley: Player Ratings – What the media and statistics say 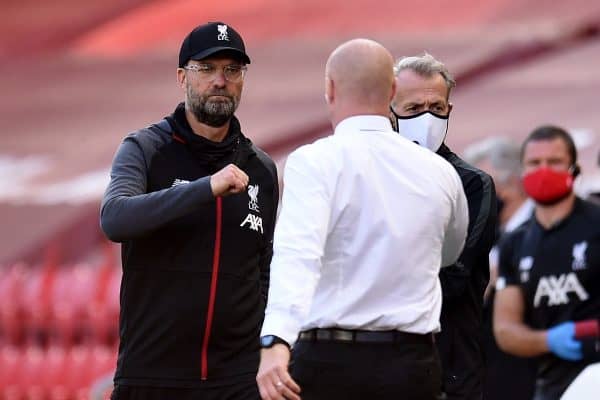 Video: Watch the goals and highlights from Liverpool 1-1 Burnley

The good, the bad and breaking the points record – Debating Brighton 1-3 Liverpool