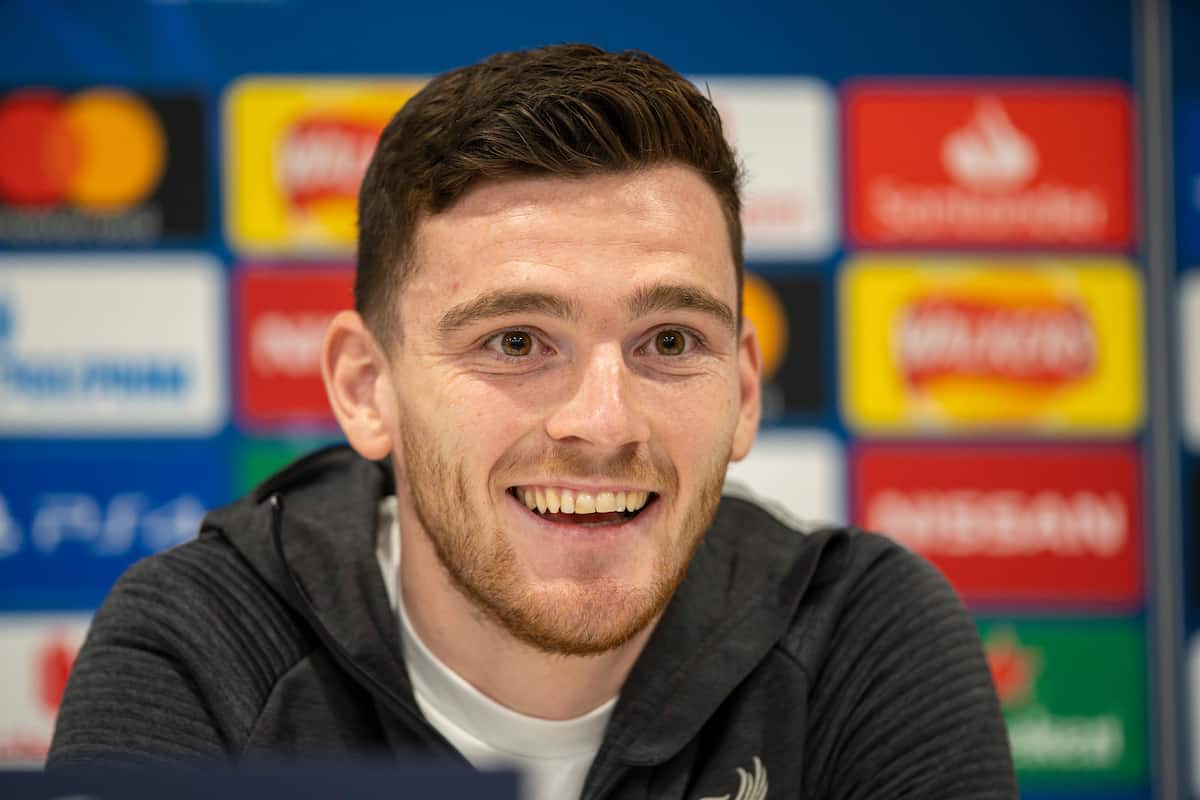 Andy Robertson wants the play “the Liverpool way” as his side aim to overcome a defeat at Atletico Madrid last time out to reach the Champions League quarter-finals.

The Reds suffered a 1-0 loss in Madrid in the first leg of their last-16 clash last month, with Saul Niguez’s fortunate early opener followed by a staunch defensive display by Atletico.

Jurgen Klopp‘s message, and those of his players, after the game was that it was “only half-time,” and with the return leg to be played at Anfield they could have a big advantage.

However, speaking to reporters on Tuesday, Robertson insisted the Reds “can’t take for granted” to impact the home crowd can have.

“Up to this point they’ve made a huge impact, a huge difference, for us,” he said.

“But it’s something that us as players, and especially the fans, can’t take for granted.

“We can’t just show up and think the Anfield crowd is going to get us through, or they can’t think ‘it’s going to be noisy so I don’t need to take part’ or whatever.

“We know what task we’re coming up against, we know how hard it’s going to be.

“Obviously the fans react off our performance, so hopefully we kick off to a fast start and get them right behind us, and hopefully it can be another special Anfield night.”

In Madrid, the Reds failed to fire a single shot on target, with the defeat kicking off a disappointing run of results that heralded three losses in four games.

Asked if he was contemplating the prospect of bowing out of the Champions League at the last-16 stage, as Liverpool defend the European Cup, Robertson conceded this is always the case in knockout games.

But he called upon the Reds to play “the Liverpool way” and take the fight to Atletico at Anfield.

“We think of all outcomes, we did that when we played against the teams over the last two years, even when we’ve gone into games in the lead,” he insisted.

“It’s a knockout competition, and if you’re not are your best on the night then you go out, whether you go into the game in the lead or you go in behind.

“It’s no change, for us we know tomorrow night we could be out of the Champions League, if we’re not at our best or things don’t go well.

“But we think about the positives, we think about trying to give a 100 percent performance, and if we play the Liverpool way, the way we know, then at least we can walk off knowing we’ve given our all.

“Whether that’s good enough, we’ll wait and see, but we believe that if we put in the performances then we can beat any team.

“It’s up to us to show that, but we need to be at our best to break this team down and if we do that then I believe we can create chances and hopefully score some goals.” 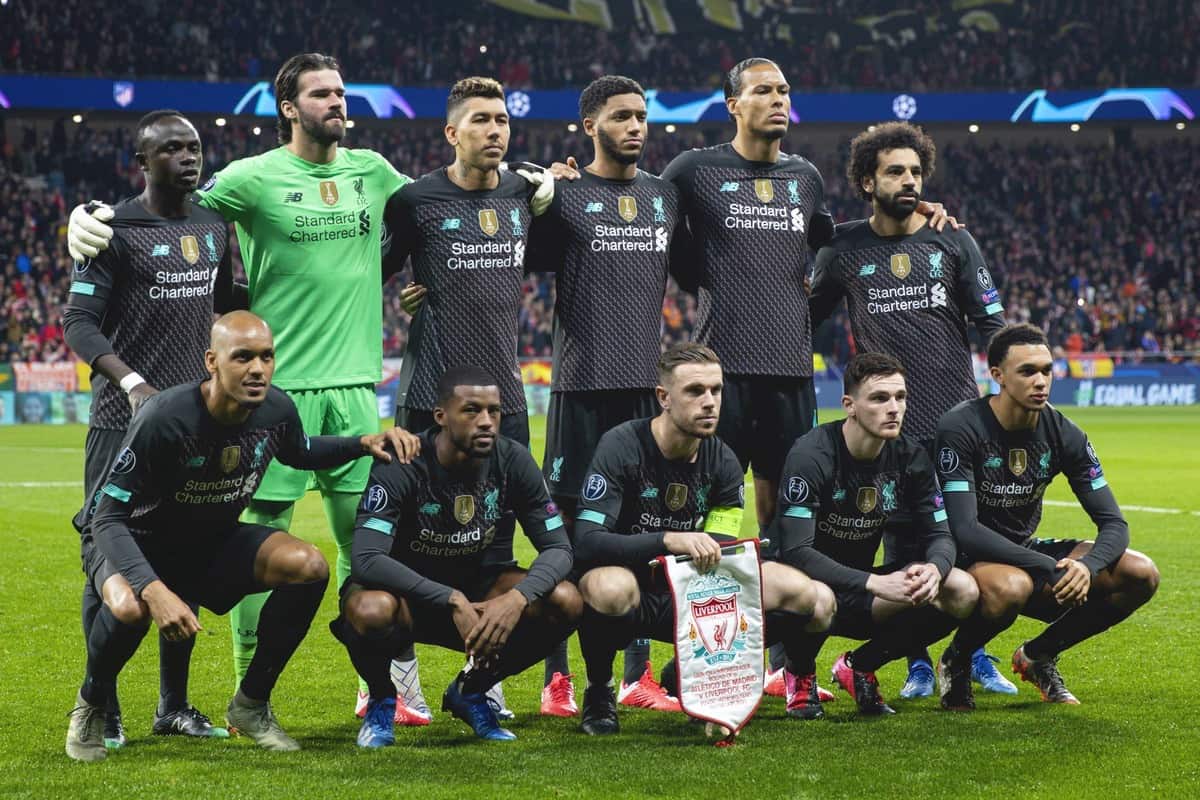 Speaking after the first leg at the Wanda Metropolitano, Robertson bemoaned Atletico’s “falling over” throughout the game, with Diego Simeone’s side taking a cynical approach to nullifying the Reds’ threat.

At Anfield, the hope is that is different, but the Scot believes the “experience” gained in Madrid will aid Liverpool as they aim to “stay clear and stay calm.”

“We have experience of coming up against them now, we had that one game and to be honest I thought over there we dealt with that pretty well,” he continued.

“Of course it’s frustrating at times, but it’s not going to change. We’re out of control of that, it’s up to the referee or officials or whatever to deal with it if it’s getting too much.

“But for us we need to focus on our game, we can’t be getting annoyed at stuff we can’t control, we need to stay clear and stay calm in our heads.

“And if we do that it gives us the best possible chance to perform at our highest level.

“I think [the game] over there has helped us to experience that, and hopefully we know how to deal with it and we can show that tomorrow night, stay calm and create the chances we need to create.”