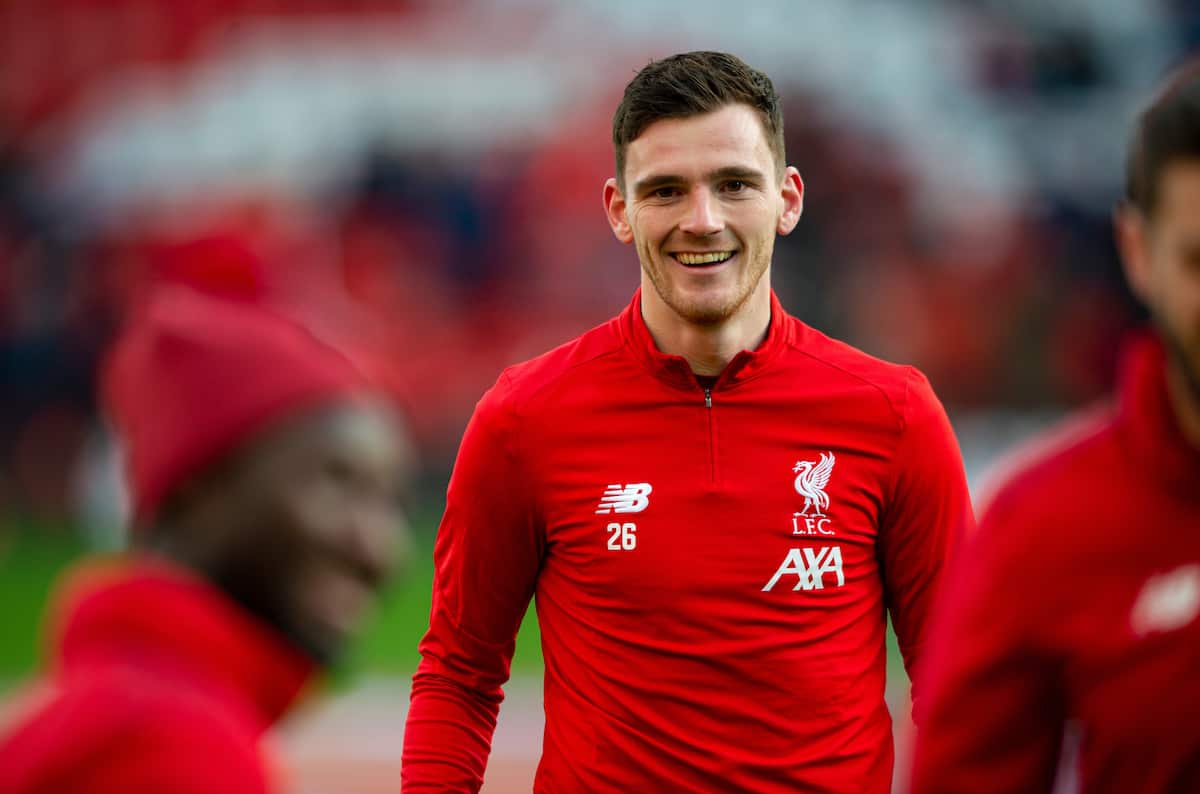 Andy Robertson has been praised for dropping into an online training session for the youth of Scotland, continuing to set the example for the next generation.

Robertson’s rise to a world and European champion has been well documented, from being released by boyhood club Celtic and working part-time whilst at Queen’s Park to a stint at Dundee United and Hull.

Throughout that time the Scot has been generous with his time and money in both his local and wider community.

Since football and normal life came to a halt in mid-March, the 26-year-old has made an “extremely generous” donation to a mental health charity in Scotland, supported foodbanks and reached out to elderly supporters from the city, no doubt among countless other examples which have not been publicised.

And the latest testament to his character is maintaining his presence at Glasgow based Pro Academy, a professional coaching project for youth which was launched in association with Robertson.

But his commitment extends beyond just the weight of his name as when given the opportunity to return home he has dropped into sessions and the current pandemic has not stopped him from checking into an online session.

Head coach of the academy, Craig Watson, was full of praise for Liverpool’s No. 26 for his desire to give back to the next generation in Scotland.

“He’s an example for kids all over the country, not just in Glasgow where we’re based,” he told Fife Today.

“He went to school a stone’s throw away from where we train and whenever he’s up he’ll pop in and see the kids. They thrive off it.

“He came through school, just like them, and was a regular Joe.

“His story is one of a kind and we’re all jealous of it, but you have to admire it at the same time.

“His schedule is non-stop to be honest. It’s madness. Even throughout the coronavirus, when he’s in his house, he’s getting tested, has loads of classes and fitness work as well as keeping in contact with his team.

“So it’s great that he took the time to drop in for a 15-minute chat and do a bit of training with the kids.”

And they couldn’t have asked for a better role model.