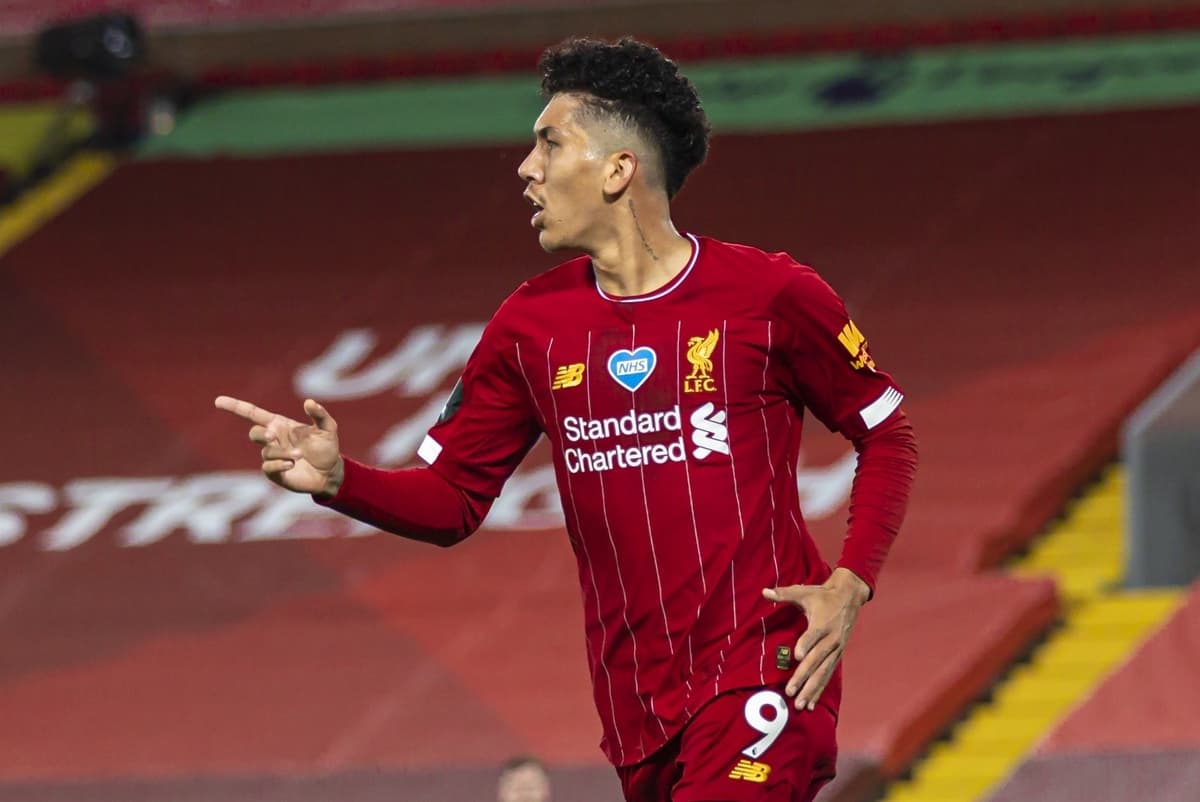 A number of players caught the eye in Liverpool’s 5-3 victory over Chelsea at Anfield, with Naby Keita again thriving for the Reds.

The Premier League champions had enjoyed a week off to prepare for the game and it showed, as they outplayed their opponents.

Keita rifled home the opener via the underside of the crossbar, before a trademark Trent Alexander-Arnold free-kick made it 2-0.

Gini Wijnaldum volleyed a third goal into the roof of the net, but Olivier Giroud reduced the arrears just before the interval.

Roberto Firmino, Tammy Abraham and Christian Pulisic all got goals, prior to Alex Oxlade-Chamberlain putting the icing on the cake late in the day.

Here we compare our player ratings with those from the Liverpool Echo, Squawka, The Redmen TV, FotMob and the TIA readers. 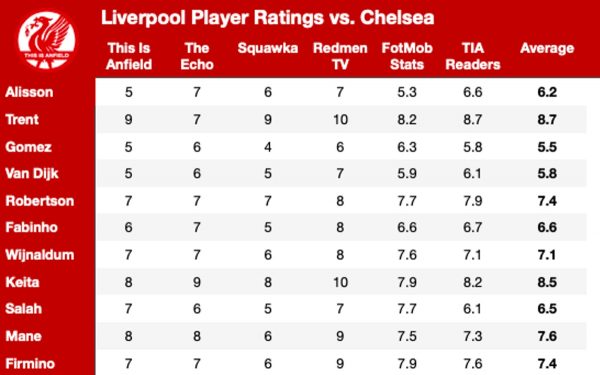 Alexander-Arnold (8.7) was voted Liverpool’s star man overall at Anfield, as he again outlined why he is arguably the world’s best full-back.

The 21-year-old was given the Man of the Match award by TIA’s Karl Matchett, who rightly described his free-kick as “unreal.”

Ian Doyle of the Echo hailed Alexander-Arnold’s “superb cross” for Firmino well-taken header, as he matched his assist tally from last season.

In second place was Keita (8.5), who has really found his feet since football made a much-awaited return after lockdown.

The Redmen TV pointed out that the Guinean was “unpredictable, hard to deal with and carries the ball forward,” even saying his stunning strike will be watched “in years to come.”

Taking home the bronze medal was Sadio Mane (7.6), who was again a constant threat with his pace, movement and quality.

Matchett brilliantly stated, “if there’s a stronger player in the Premier League, let them bring forth their challenge now,” while FotMob highlighted 12 duels won and an 88 percent pass completion rate.

Joe Gomez (5.5) had a game to forget, and was “completely rinsed for Abraham’s goal,” according to Squawka.

There’s now just one game remaining for Liverpool in this historic season, with the Reds travelling to Newcastle on Sunday afternoon.

Let’s finish with a bang, lads.