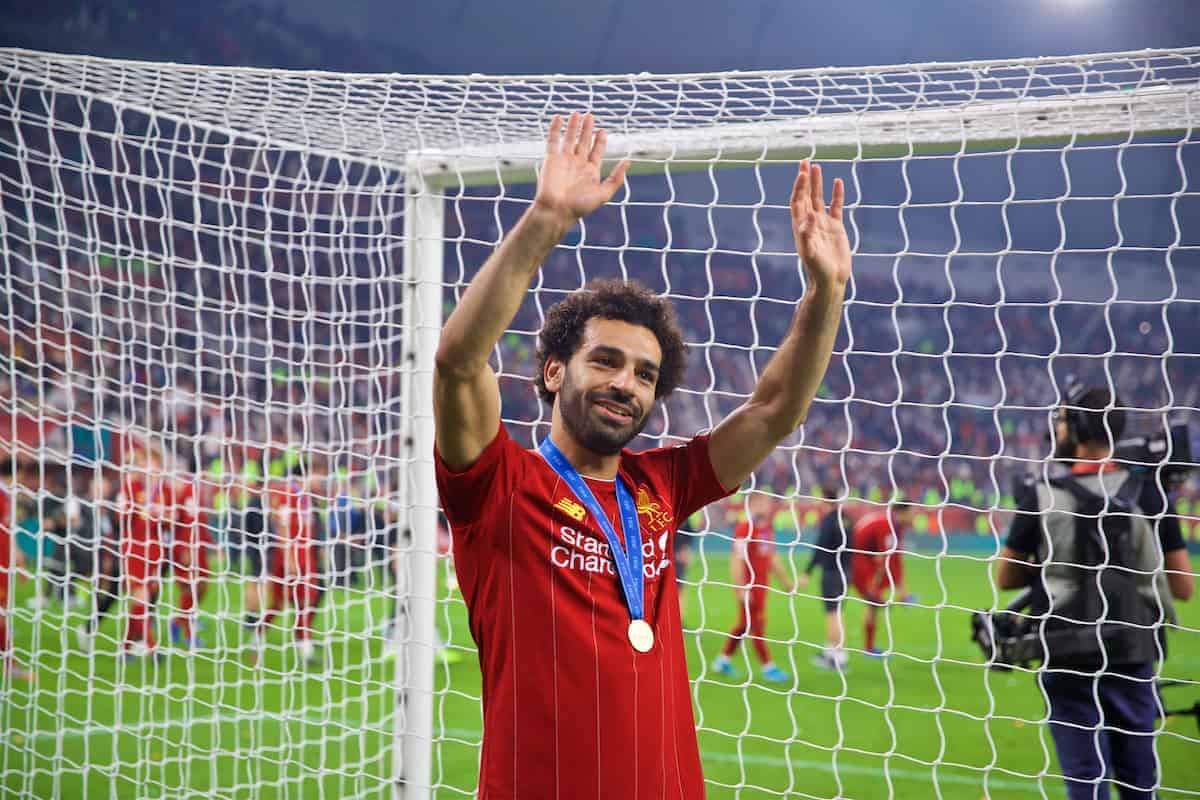 Mohamed Salah has expressed his joy at winning the Premier League with Liverpool, and dismissed any suggestion he could leave, saying he wants to “stay for a long time.”

The 28-year-old is, again, the Reds’ top scorer, with 21 goals in 41 appearances so far this season, bringing his tally to 92 in 145 games since joining the club.

With eight more to go, he is likely to break Robbie Fowler’s record for the fastest to 100 goals for Liverpool in the Premier League era, and will sit third in the club’s all-time list if he does so within the next 19 games.

His form since joining from Roma in a £36.9 million deal in 2017 has been nothing short of phenomenal, and though there remains a belief he is underrated in some quarters, he is cherished by Jurgen Klopp.

Salah has been repeatedly linked with moves away from Merseyside due to his feats in front of goal, but these have been regularly quashed by his agent.

And in an interview with BeIN Sports, Salah reiterated his love for Liverpool, and insisted that he is hoping to “stay for a long time.”

“I can’t describe my feelings after we won the league after 30 years,” he explained in his native Arabic.

“I’m very happy. I enjoy the atmosphere here. I love this place and I hope to stay for a long time.

“The atmosphere here is different to any other place.”

Though it should come as no surprise that Salah is committed to the Reds, it is always great to hear a key player pledge his long-term future to the club.

At 28, the Egyptian could be nearing his peak years, and that he is not seeking another big move is an indication of how Liverpool have grown under Jurgen Klopp, from hopefuls to top of the pile.

Anfield is now a premier destination again, and it is unlikely any of Salah’s team-mates, from Alisson to Sadio Mane, would be seeking an exit in years to come.

Salah’s vow comes after a similar testimony from Andy Robertson, who in the wake of the Premier League title triumph said “why would any of us want to leave?”

“There is no better team in the world just now than Liverpool,” he added, and there is little arguing with that.