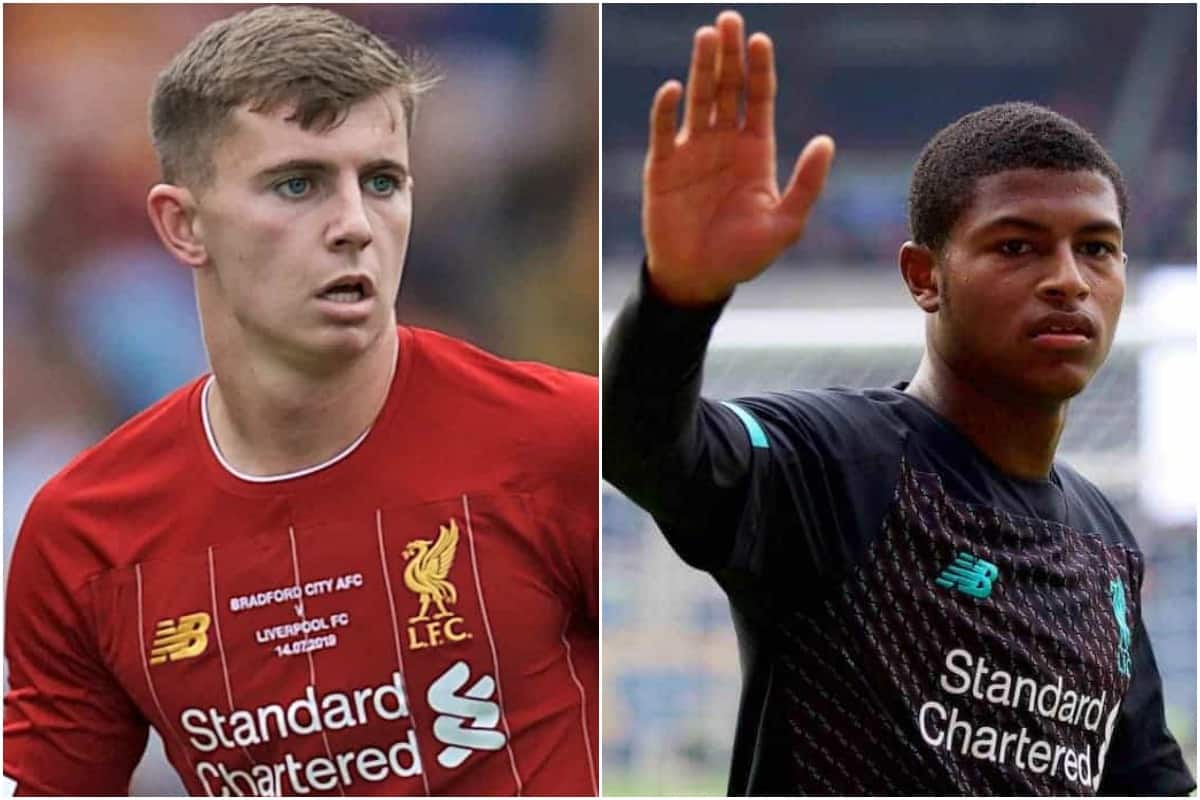 Ben Woodburn and Rhian Brewster are set for two different trajectories in pre-season and beyond, with the former finding himself on the receiving end of loan interest from Germany.

The two young Reds both spent time on loan last season in search of first-team experience, with Brewster landing at Swansea in the Championship and Woodburn at Oxford United in League One.

Both would see their respective sides make the play-offs, only to fall short, and are now in a waiting game as to where their next step lies for season 2020/21.

For Woodburn, who made 16 appearances for Oxford with a return of one goal and five assists in a season which was derailed by two separate metatarsal injuries, a third career loan spell is on the agenda.

The 20-year-old who debuted for Liverpool in 2016, has spent time with Sheffield United and Oxford United and a switch overseas is now reportedly on the cards, with Germany’s Fortuna Dusseldorf the interested party. 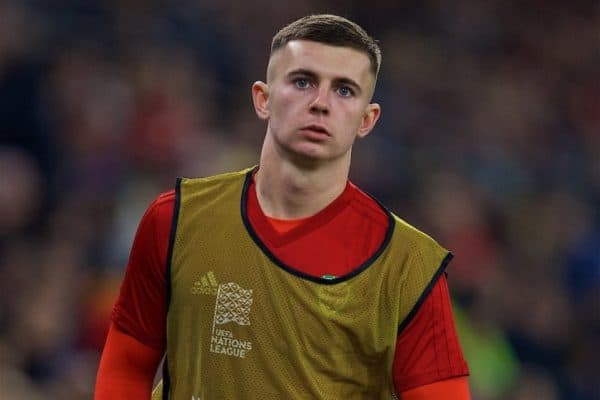 Relegation at the end of last season will now see them ply their trade in 2. Bundesliga, offering another shot at a pressured environment for an immediate return to the top-flight.

A report from the Sport Mail goes on to state that a “move to Germany or Holland” is likely “for his next development step,” which would see Woodburn follow in the footsteps of fellow Reds Marko Grujic, Nat Phillips and Taiwo Awoniyi.

While the trustworthiness of the source remains to be seen, at 20 years of age another loan spell would be in the best interests of the Welshman as he looks to take the next step and find a level of consistency which has so far evaded him.

For Brewster, he will first meet up with Jurgen Klopp‘s first team for pre-season training which could involve a trip to the usual destination of Evian, France should travel be permitted at the time.

A chance to stake a claim for a spot at Liverpool in 2020/21 will then await the striker, with the hopes that his 11-goal return at Swansea can act as a springboard for the year ahead, one which could bolster Liverpool’s options in attack.

And while Brewster and Swansea have signalled that they would welcome another loan spell, a place with Liverpool or at another topflight club could prove more beneficial than another stint in the Championship.

The team will reconvene at Melwood on August 15, with fellow youngsters Grujic, Phillips, Kamil Grabara and Harry Wilson, who has already attracted Premier League interest, likely to be there on the first day before decisions are made on their future.