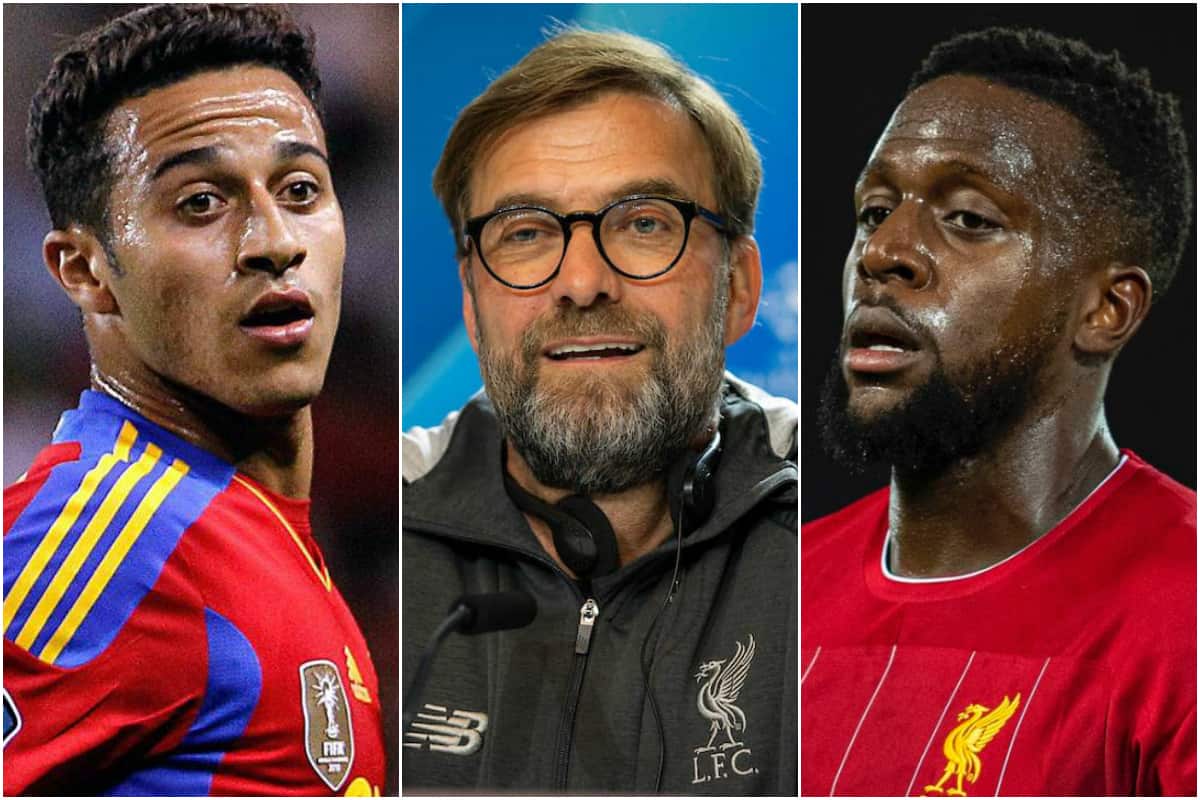 Liverpool forward Divock Origi is linked with a Premier League move away, as the Reds learn just how busy they’ll be at the start of 2020/21.

Recent reports have been heavily linking Liverpool with a move for Talles Magno, the 18-year-old Brazilian nicknamed ‘the new Neymar’.

But the Reds hold no current interest in signing him, say the Evening Standard.

Considerations such as obtaining a work permit for the teenager mean Liverpool aren’t in the running for his signature, as while he’s uncapped the Reds would face the same problems as when they bought Allan, who never played a match for the club.

Reports in Brazil had suggested the Reds were front-runners and the player wanted a move to Anfield.

But they now appear to be either wayward or else club-orchestrated to up the bidding from interested parties.

Divock Origi knows he has a bit of a battle for any game time at all at Liverpool, with a well-established front three ahead of him.

It’s no surprise, then, that other clubs are taking an apparent interest in the Belgian—who has come up with massive goals for the Reds at times.

The Mirror say Aston Villa are particularly keen on him for this summer, as Dean Smith looks to push the club away from the relegation battle.

No price is mentioned, but Villa are well-known to be after Ollie Watkins of Bournemouth as well, so it could be that Origi is an alternative – much like when the Reds looked at both Jamal Lewis and Kostas Tsimikas.

We promise Villa fans we won’t get moody with them if they don’t follow up an initial bid with a second email after rejection.

Get ready for ALL the games

If you thought the past six weeks or so has been busy with matches…just wait until you see what could be Liverpool’s complete calendar for 20/21 – with the Euros at the end of it!

Stupid negotiations of the day

We always knew Sancho to United would be a very annoying saga to watch, right?

But this is pretty funny, and peak-Woodward: Dortmund are “bemused” at United’s negotiating tactics, are largely ignoring any demands from the club and the Old Trafford chiefs apparently initially offered Sancho himself a pay-cut to leave Dortmund and move back to the Premier League.

Still can't get over the fact that the last game Alisson Becker has lost at Anfield was on April 24th, 2018 – when Liverpool beat Roma 5-2 ? #LFC pic.twitter.com/No75eHyyit

A “perfect storm” is gathering over Real Madrid, writes Sam Wallace in the Telegraph. Is it all about to come crashing down around the superclub which can’t spend any money this year?

And a look at the remaining Champions League quarter-final ties and where they might be won and lost, by Raj Chohan in the Independent.