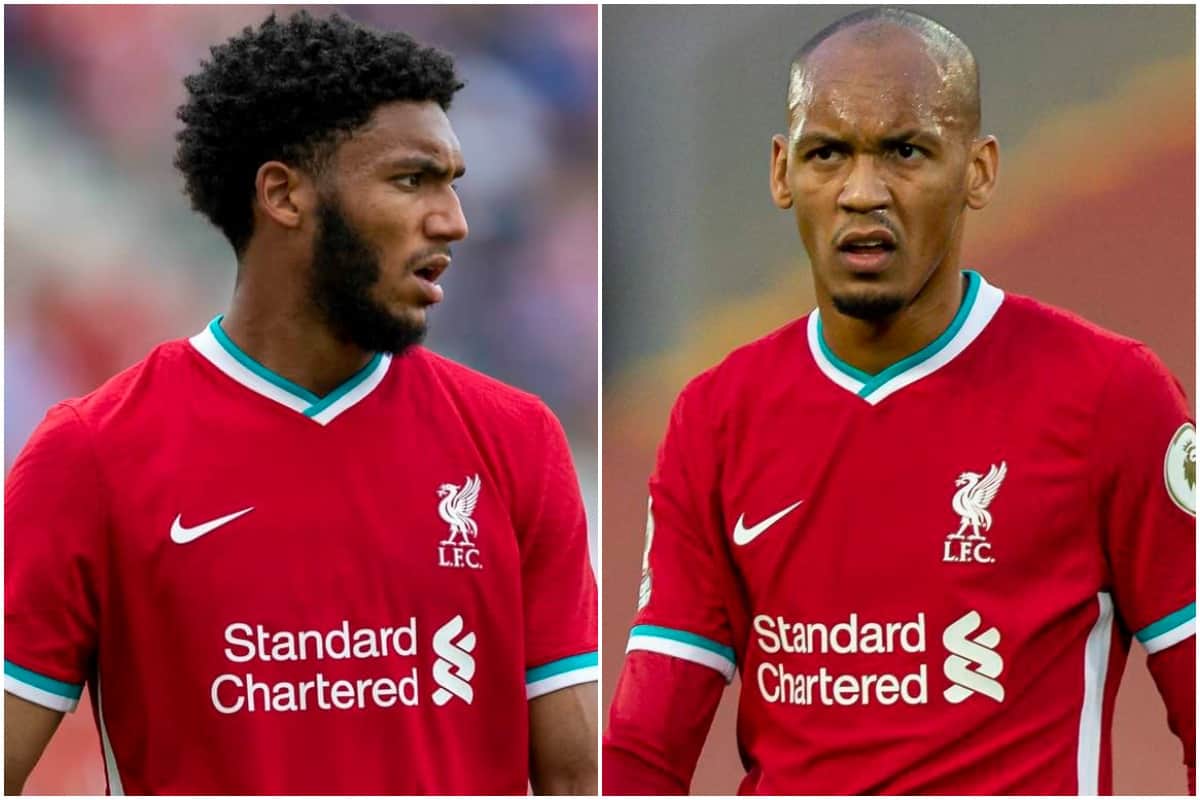 A host of familiar faces will return for Liverpool against Arsenal, but Jurgen Klopp has a number of key decisions to make across two departments.

The Reds return to Anfield for their third Premier League game of the season, aiming to maintain their 100 percent record in the top-flight and extend their home unbeaten run to 61 games.

After naming a much-changed side for the midweek match at Lincoln, Klopp is set to restore a full-strength starting XI as he looks to topple the Gunners for the first time in 2020.

There are still a number of decisions to be made in both defence and midfield, however, with both form and injury comebacks to consider – with Thiago and Alisson‘s availability now thrown under question.

Here’s how Klopp could lineup his side against Arsenal in the Premier League.

It appeared to just be a case of one in and one out for Liverpool from their last Premier League game, with Jordan Henderson ruled out with a thigh injury while Joe Gomez is back in contention after recovering from a minor knock.

With 10 changes made in mid-week, the boss will restore familiar faces across all departments – but a simple case of how he assembles his defence and midfield was thrown into question with two late concerns to key players.

A full debut for Thiago was expected, but he faces a late fitness test with an unknown injury – with Alisson joining him under a cloud of doubt after failing to train in recent days.

The Spaniard’s absence would ensure Fabinho returned to midfield with Gini Wijnaldum and Naby Keita occupying the remaining two midfield slots, leaving Gomez to return to his post at the heart of defence.

The likes of Takumi Minamino, Kostas Tsimikas and Curtis Jones, who excelled against Lincoln last time out, will be named as substitutes. 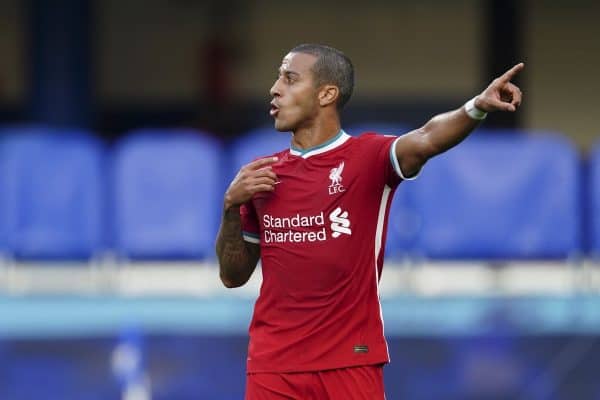 A second successive game with 10 changes are in the offing, with Virgil van Dijk the only player to be retained in the XI – where the captain’s armband will be his once more.

The Dutchman could then be reunited with Gomez at the heart of defence after playing alongside Fabinho and Rhys Williams in the last two games respectively, reuniting the familiar back five – should Alisson prove his fitness.

Trent Alexander-Arnold and Andy Robertson would round off the back-line, who are in search of their second clean sheet of the season.

And it could be a case of Fabinho returning to his familiar holding role in the absence of Henderson, with Naby Keita and Thiago tasked with flanking the Brazilian – the latter of whom will be making his full debut if he does recover in time.

The attack will remain in-tact, with Sadio Mane, Mohamed Salah and Roberto Firmino leading the line – where the latter will be aiming to add to his eight career goals against the Gunners.

The personnel in this XI presents the flexibility to also shift into a 4-2-3-1 system, with Fabinho and Thiago deployed in a double pivot: 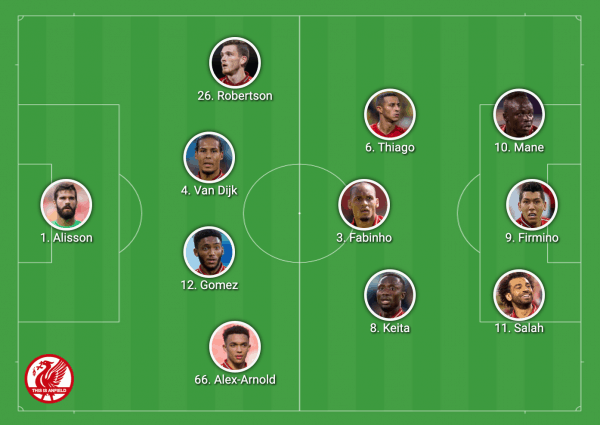 Injury concerns could force a shuffle in the pack as while there is certainly a case for Fabinho to hold onto his place at centre-back following his impressive showing at Chelsea, Thiago‘s absence would no doubt see his immediate return to midfield.

In turn, it would see the Brazilian joined by Keita and Gini Wijnaldum in the middle of the park, where hopes will be that James Milner is available to provide cover on the bench.

Gomez would then slot in alongside Van Dijk and Alisson‘s absence would pave the way for Adrian‘s second successive start and his first in the Premier League since Bournemouth‘s visit before lockdown.

The front three would remain unchanged from Stamford Bridge, while Trent and Robertson would round off an XI aiming to maintain the Reds’ winning momentum: 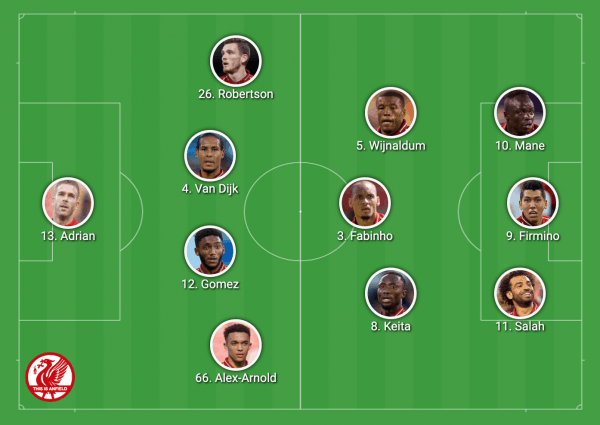 Much will rest on Alisson and Thiago‘s fitness as Klopp looks to settle on an XI to plot Arsenal‘s downfall, but the likes of Minamino and Jones are likely to count themselves unlucky to miss out.

No doubt all eyes will be on who gets the nod on Monday evening, with an unexpected selection headache now on the cards after it appeared as though the boss would be spoilt for choice.