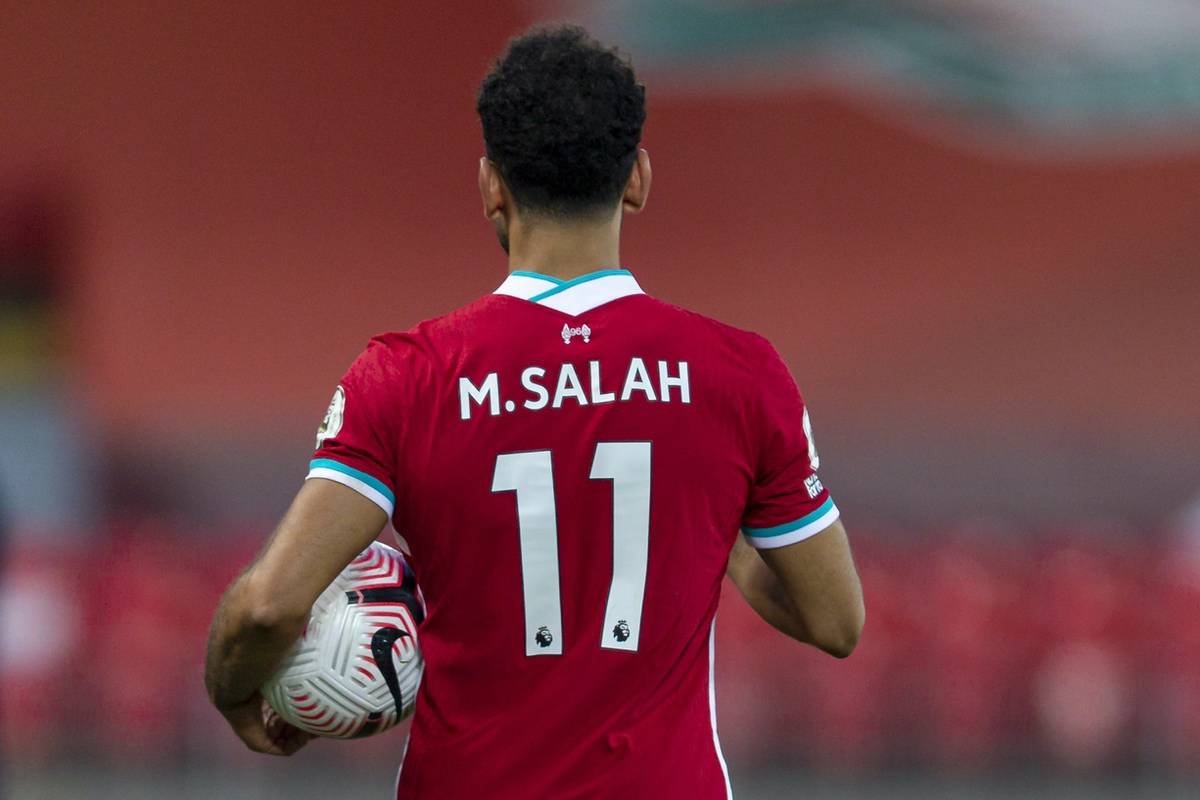 Liverpool were forced to wrestle their way to a 4-3 win over Leeds on the opening day of the new Premier League season, with Mohamed Salah‘s performance earning widespread acclaim.

The Premier League champions needed to dig deep to register their first three points of the campaign as they narrowly edged a seven-goal thriller.

The newly-promoted Leeds lived up to their billing as a side set to make a loud return to the top-flight as they pulled the Reds back on three separate occasions.

Mohamed Salah would net a hat-trick in a man of the match display to drag Jurgen Klopp‘s side across the line, with Virgil van Dijk also opening his account with a thumping header.

A lacklustre defensive performance, however, would see Jack Harrison, Patrick Bamford and Mateusz Klich all on the scoresheet for the visitors.

Liverpool would ultimately see the job through thanks to the Egyptian king netting his second penalty of the night at the death.

Here we compare our player ratings with those from the Liverpool Echo, ESPN, Sky Sports, The Redmen TV, FotMob and the TIA readers. 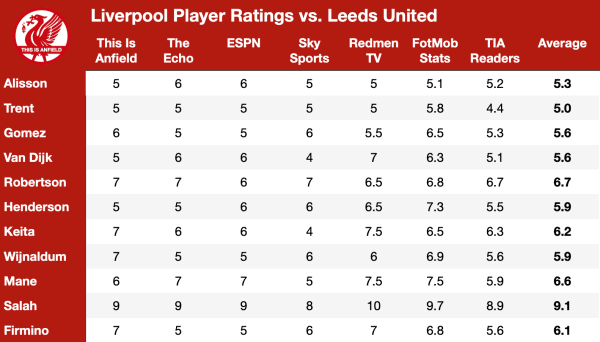 Liverpool’s No. 11 (9.1) was the clear standout on the night, displaying a superior touch and feel for the game which sent out an early statement of intent.

He was awarded Man of the Match by TIA’s Karl Matchett, who aptly commented that “the magic is back in his boots.”

ESPN, meanwhile, lauded Salah’s “cool, calm and collected” demeanour which sealed the win for the Reds and clinched his third hat-trick for the club.

There was a noticeable drop for second place, however, with Andy Robertson (6.7) next in line after an energetic display from left-back which saw him collect his first assist of the season.

The Echo‘s Ian Doyle was left in no doubt that he was “easily Liverpool’s most competent defender” having “offered threat going forward, and stood firm at the back.”

Rounding off the top three was Sadio Mane (6.6), who provided a constant presence on the left and an avenue to goal, wayward finishing aside.

Ultimately, with exception of Robertson, it was not a night for Liverpool’s defenders with Trent Alexander-Arnold (5.0) picking up the wooden spoon ahead of Alisson (5.3) and the centre-back pairing (5.6).

There is leniency in the fact that it is was the opening game of the season and the likes of Trent and Jordan Henderson had little to no pre-season, but there is plenty of room for improvement.

And Klopp will no doubt be eager to see his side make positive steps to returning to their defensive best when they meet Chelsea next Sunday afternoon.