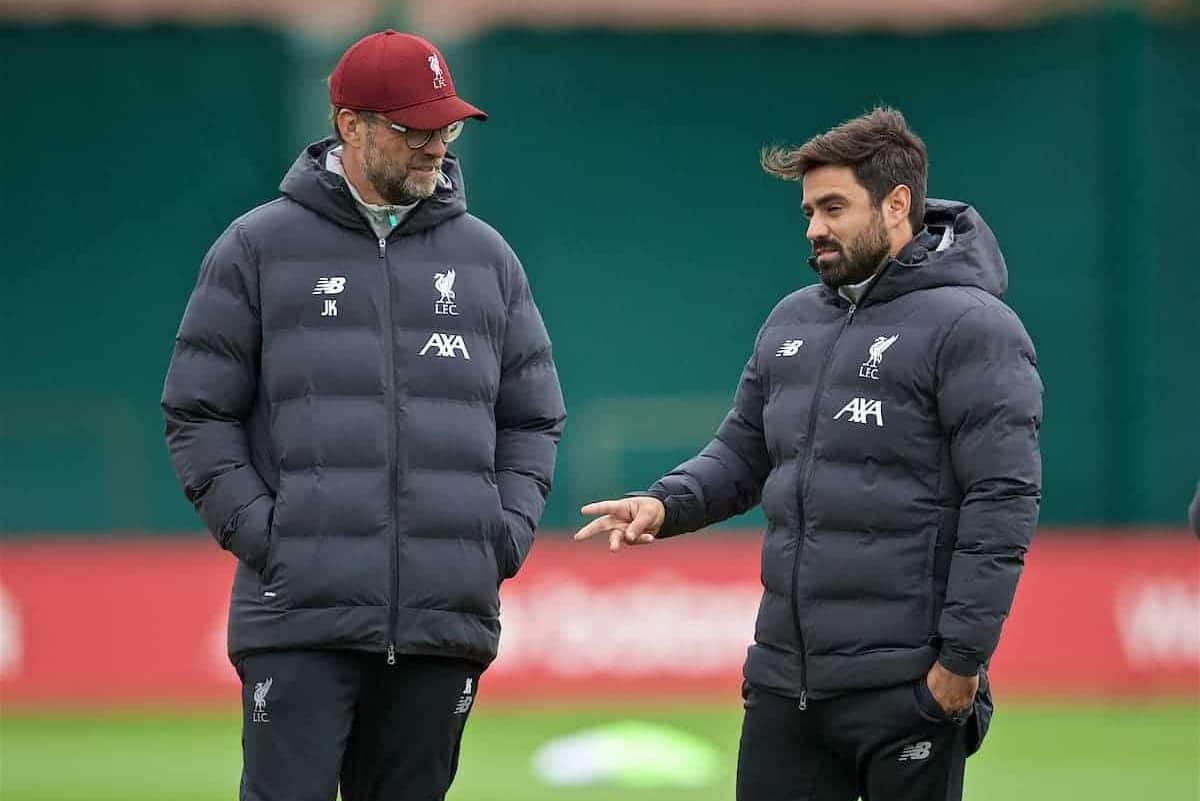 Liverpool’s elite development coach Vitor Matos has said “I believe it will happen” when it comes to ambitions of being a manager, but he is in no rush to leave the club.

Matos was one of the most important additions for the Reds last season, arriving in October from Porto and playing a key role in the progress of a number of the club’s young players.

His biggest success story has arguably been Neco Williams, with the right-back emerging from academy obscurity to take up a first-team role and earn a new five-year contract.

Jurgen Klopp will be hoping Matos can continue to serve as a vital link between Liverpool’s youth and senior ranks, as the quality at Kirkby continues to grow along with the manager’s desire to reward their progress.

Matos gave an extensive interview with the publication Record in his native Portugal this week, and discussed the prospect of becoming a manager in the future.

“Right now, what worries me is Liverpool,” he said.

“It’s amazing to be able to live with people like Jurgen and Pepijn, I’m fulfilled and motivated.

“We never know what will come next, but I believe it will happen. I don’t know when it will be, but I’m not worried about it.”

The 32-year-old’s pathway has mirrored that of Pep Lijnders, and he may be warned off rushing into management by the Dutchman’s difficult, short spell in charge of NEC Nijmegen in 2018.

While there are a number of changes being made to Klopp’s medical team this summer, he will be looking to maintain the core of his dugout staff, with Matos joining Lijnders as part of the regular group in training and on matchdays.

Reflecting on his first season with Liverpool, Matos described it as “a fantastic year,” and interestingly added that he now feels “more responsibility” in his role.

He concluded: “I think I was successful and that I managed to evolve.”

Klopp would not stand in the way of any of his staff members if they have ambitions of moving into a leading role in management, as was evidenced by Lijnders’ move back to the Netherlands and Neil Critchley‘s mid-season exit to take over Blackpool in March.

But Matos is an increasingly important presence at the club, and given his specialist duty, the manager will be hoping to hold onto him for as long as possible.