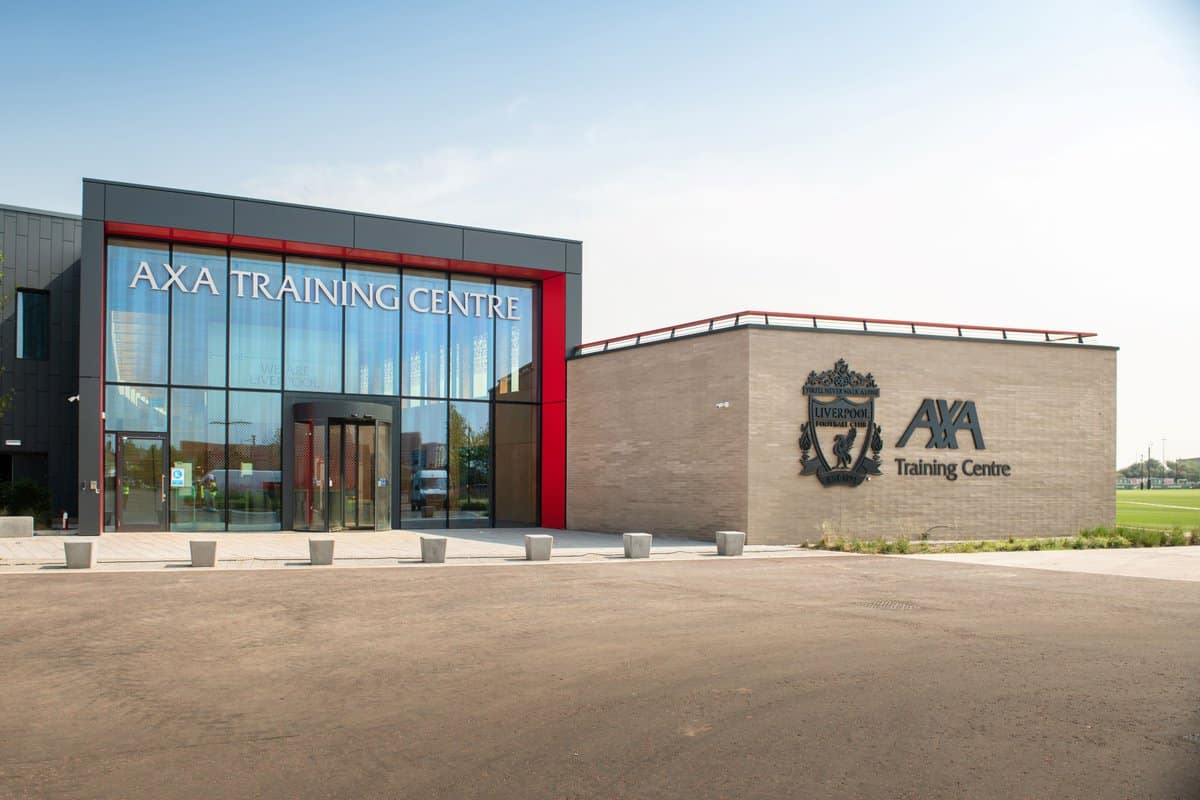 Liverpool have confirmed their new training facility in Kirkby will be named the AXA Training Centre, after agreeing a naming rights deal with the insurance firm.

AXA have sponsored the Reds’ training kits since 2019, as one of a number of lucrative commercial deals struck by the club in recent years.

With Jurgen Klopp‘s side due to move to their new £50 million training ground during the November international break, AXA have now expanded their partnership with the club to found the AXA Training Centre.

The club confirmed on Tuesday morning that their association will be “focused more holistically on training as a whole and [AXA will] become the club’s official training partner, incorporating all LFC training apparel.”

It is the first time Liverpool have sold naming rights to their training ground, and comes after 70 years at Melwood.

Planning application for the addition of AXA Training Centre signage has been submitted to Knowsley Council and, pending consent, will take pride of place around the Kirkby site.

Anfield is yet to see a naming rights deal put in place, but it is an area that owners FSG have been open to agreeing as it would bring in considerable funds to the club.

It is unclear much Liverpool’s deal with AXA will be worth, but back in 2013, Man United‘s eight-year sponsorship deal with AON – which saw their Carrington training ground become known as the AON Training Complex – was reported to be worth around £180 million.