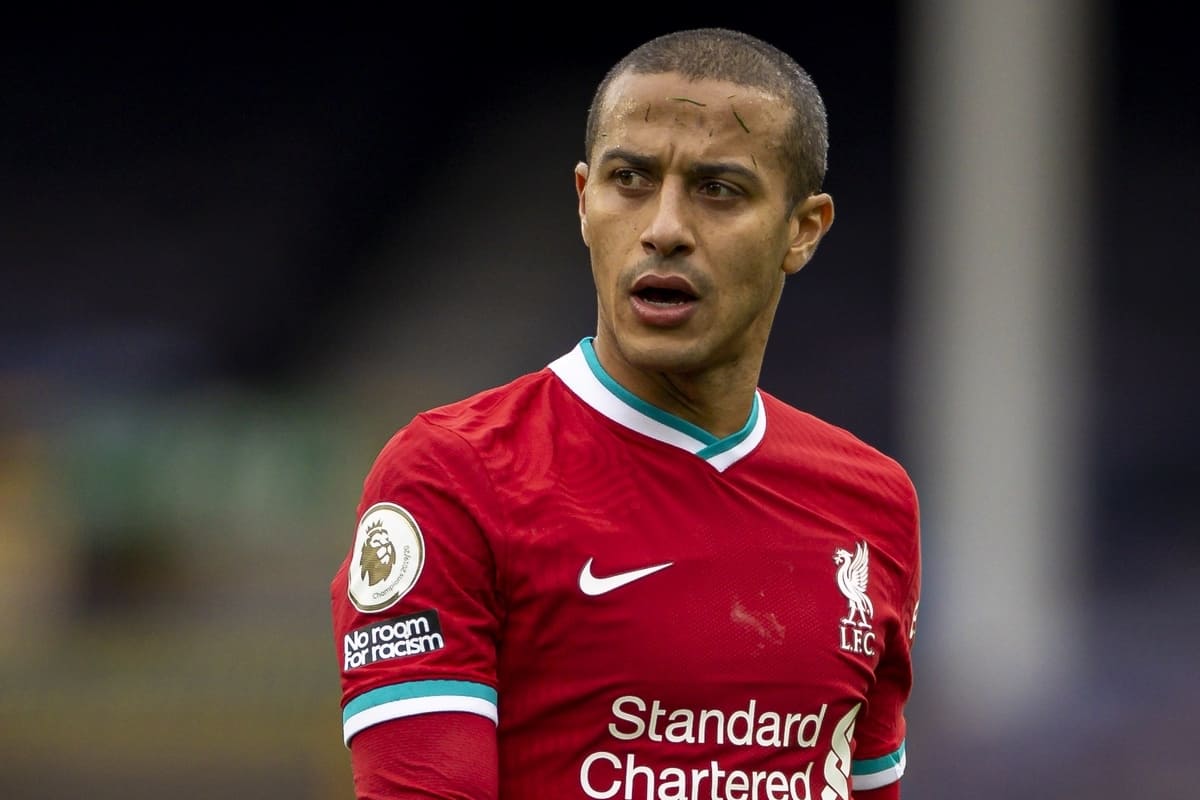 Liverpool are hopeful for the return of Thiago for the visit of Leicester later this month, with the Spaniard recovering from a knee injury suffered in the Merseyside derby.

Thiago has missed the last six games due to a reckless challenge from Everton striker Richarlison in the 1-1 draw at Goodison Park last month, though he has since resumed light training.

It had been hoped that the midfielder would be back for the Premier League clash with West Ham on October 31, but he remained sidelined and has gone on to sit out of further meetings with Atalanta and Man City.

Omitted from the Spain squad for the November international break, Thiago has been given further time to rehab his injury, which will continue when Jurgen Klopp‘s squad report to their new training ground for the first time.

According to the Mail‘s Dominic King, the 29-year-old could then be in contention for the upcoming clash with Leicester, with the club hopeful “he will be ready to return.”

It had been speculated that Thiago had suffered a setback due to his absence in the buildup to the trip to Man City, but there is no report that this is the case.

Thiago will have missed over a month of action by the time he returns to the field, having already missed three games earlier in the season due to COVID-19, with this having been a disappointing start to life at his new club.

The £25 million summer signing has played just 134 minutes so far, but has immediately impressed with his quality on and off the ball.

His availability for the visit of Leicester, which is currently scheduled for November 21 but is still subject to change, is a major boost for Liverpool, and could coincide with the return of Fabinho.

Fabinho is currently out with a hamstring injury but has also been pictured in light training at Melwood, and while he was also omitted from the Brazil squad, this suggests he could be in contention against the Foxes.

It is unlikely that both will come straight back into starting roles in Klopp’s midfield, but it surely won’t be long until they resume first-choice status.

Their presence could enhance the Reds’ new 4-4-2 system, while also providing flexibility as the manager navigates a host of other injuries, with Trent Alexander-Arnold the latest on the treatment table.

Naby Keita is also now back fit, though Liverpool will be hoping for no further fitness issues or COVID-19 cases as 17 first-team players depart for international duty this month.