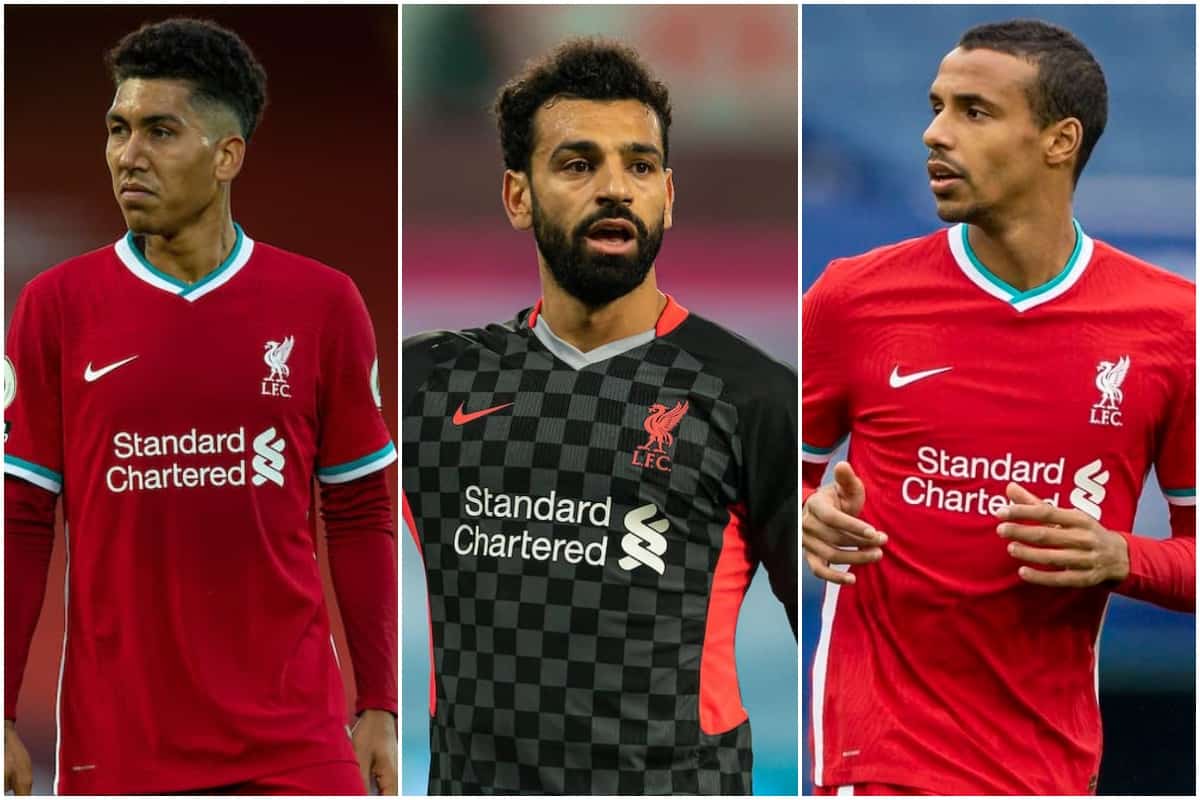 Liverpool host Atalanta at Anfield on Wedneday night; ahead of the game we’ve got injury news, Klopp’s thoughts and more.

Salah back – but no Bobby in training

Liverpool’s training session on Tuesday afternoon revealed Mo Salah is very much back in the frame for involvement against Atalanta.

The Reds involved a couple of players in the group who aren’t eligible for the game – defenders Nat Phillips and Billy Koumetio – and it’s apparent that the numbers are way down, with Leighton Clarkson likely to again be in the matchday squad.

That’s due to the likes of Thiago and Jordan Henderson still not being available in midfield, while at least one of Fabinho and James Milner must continue in the defensive line.

But there was also no Roberto Firmino in training ahead of the Wednesday night game, though at this stage there’s nothing to suggest it’s overly worrisome.

Win this one and we’re already through.

Matip helping the Reds through crisis

Joel Matip has quickly become one of the most important players in the team again, with injury ravaging the back line and experienced heads in short supply.

He says he’s keen to step up and provide know-how and leadership for the Reds, in the absence of some of the usual faces.

“I always try to play my part and try to be the best player I can be. If I can help some players at the moment more then, of course, I would really like to do this.”

Meanwhile, facing Diogo Jota simply comes as another chance for the defence to improve their own game, as the new forward adds to the Reds’ already stellar attack, says Matip.

“He brought extra quality but we have a lot of quality in our team,” he said in the pre-game press conference.

“Every training is a challenge, especially for a defender, and you can improve. It’s a challenge you enjoy, to play against the best players, even in training.”

Next up, on and off the pitch

No time to stop, there’s too much going on in the next few days and weeks!

Hypocritical story of the day

Solskjaer says Anthony Martial must not get lazy and settle for dropping in and out of the starting line-up, which is quite something for a man best-known for being a substitute in his playing days.

Massive heart emoji and all the feels.

?? Who else is missing this?

? The last time You'll Never Walk Alone rang out around Anfield back in March.

Your pick of the Champions League Liverpool warm-ups. We’d recommend PSG vs Leipzig for the intrigue and individuality. 8pm, BT Sport.