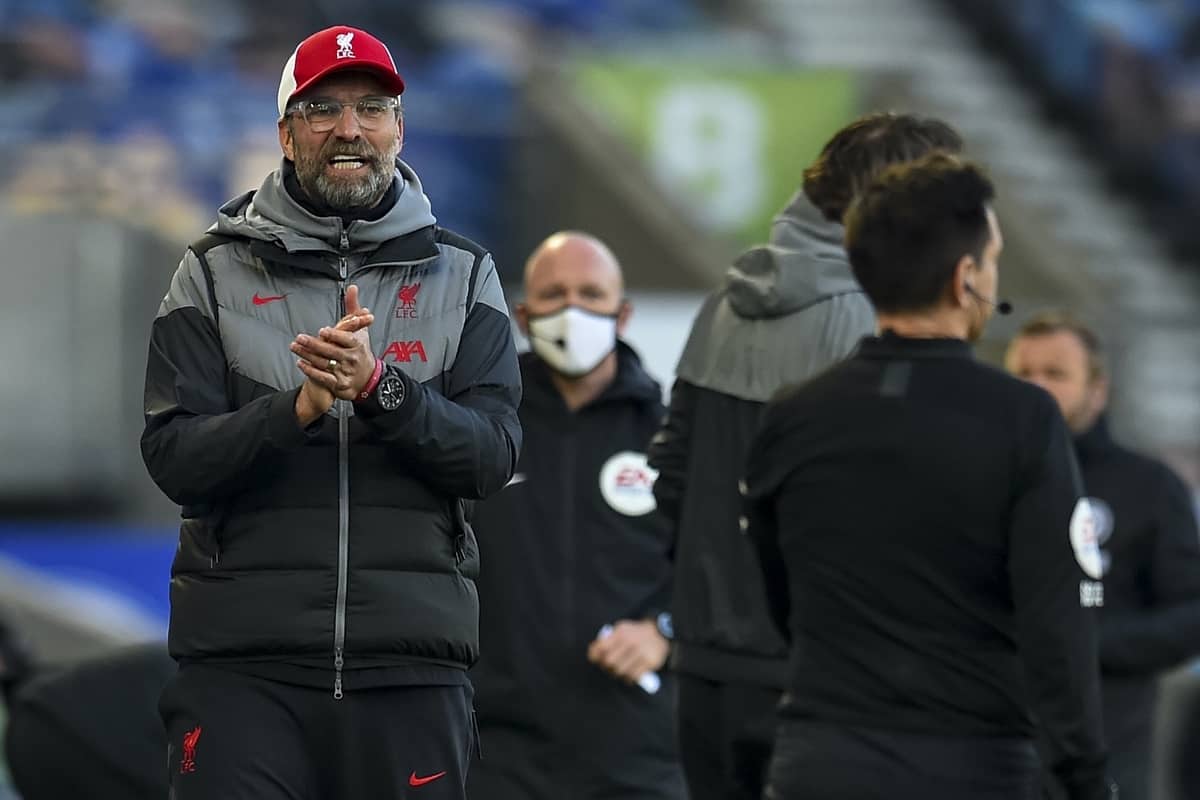 Jurgen Klopp has elaborated further on his disenchantment with VAR in football, explaining that issues it was brought in to address were “better before” it came in.

At this point, it would be difficult to find a football fan who is in favour of VAR – and that is at the crux of the problem, with technology hampering entertainment.

But as issues continue in both the Premier League and Champions League it is becoming abundantly clear that few managers or players are supportive of its use either, with the fallout of Liverpool’s 1-1 draw at Brighton showing that.

Jordan Henderson admitted that he “would rather play without it,” while James Milner went even further in saying: “[I’m] sure I’m not alone in feeling like they are falling out of love with the game in its current state.”

Problems with VAR arose again in midweek as a number of decisions marred a 1-1 stalemate away to Midtjylland, after which Klopp said: “I used to be one of the people who said VAR is a good idea but I’m not sure I’d say that again.”

Giving his views further ahead of Sunday’s clash with Fulham, the manager argued that the state of play was “better before.”

“We played in Midtjylland, it was freezing cold, we have three or four decisions and altogether it was, for sure, 10 or 12 minutes and it was really cold,” he explained.

“Of course, with all the things, how it’s dealt with now, here in this country – and the Champions League was not much better, to be honest – why would somebody say ‘come on, it’s brilliant, let’s stay like this!’.

“We wait always, we stop celebrating after goals, we wait constantly about everything.

“A lot of things are not like they were before, that’s the truth. But like I said, when it first came up, the idea of VAR, I was rather in favour of it.

“I’m not sure we all thought it through properly. How long would it take to get the right decision? How much will that take away from a game that we loved before?

“That’s all true, but I don’t have expectations. What I don’t like about it, it would be really nice if other people – you have an opinion about it as well – write it down and don’t make stories only with what we [managers] said.

“Because yes, I said it once like this now, I might have been wrong but I don’t know 100 percent. It’s nothing about the tight decision against us, it’s in general.

“I think if you change something, there should just be improvement, and that’s for sure not the case. That’s it.”