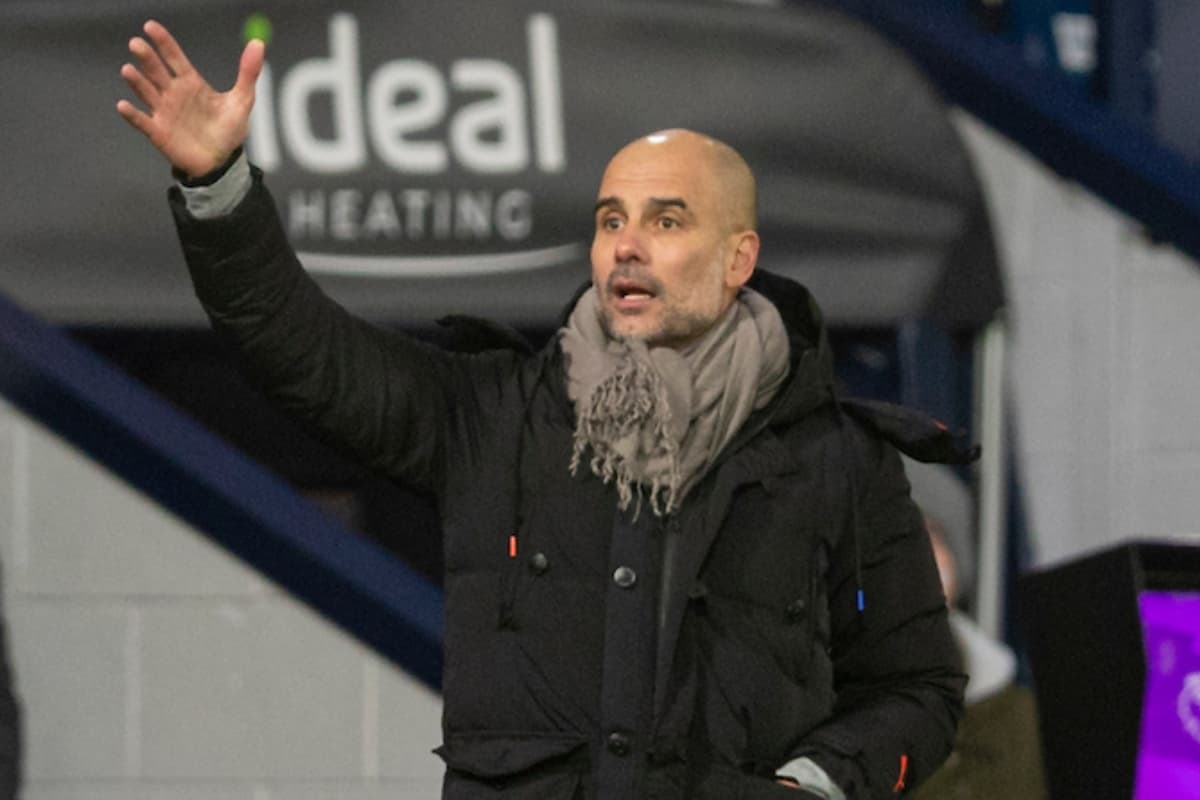 Man City are to remain without both Kevin De Bruyne and Sergio Aguero for their trip to Anfield on Sunday.

Pep Guardiola’s side will head to Liverpool in the bid to extend their seven points gap over the reigning champions, but they will have to do it without two of their key men.

That being De Bruyne and Aguero while summer arrival Nathan Ake is still not matchday ready, Guardiola confirmed to the press on Friday.

“[The squad is] same like the previous game. Sergio, Kevin and Nathan not available – the rest fit,” the City boss explained.

De Bruyne has missed City’s last four matches after picking up a hamstring injury in their win against Aston Villa in January, where the initial prognosis was an absence of between four-six weeks.

A highly influential figure, in his 23 outings in all competitions to date the Belgium international already has 15 assists and three goals to his name.

His absence is one which takes a key threat away from City, but they have dutifully managed to push on with the long list of talent they possess having won all four matches in his absence with an aggregate score of 11-1.

On the other hand, it’s been anything but smooth sailing for the club’s leading goalscorer as injury and COVID-19 related absences have restricted Aguero to just nine games in 2020/21.

And he will not be adding to his tally against Liverpool as he requires time to return to match fitness.

For Liverpool, meanwhile, there is positive news regarding Ozan Kabak who was given the green light to be up for selection against City after receiving international clearance.

While Alisson has made his training return after a bout of illness in midweek and both Fabinho and Sadio Mane are set to return to “parts of team training” on Friday.