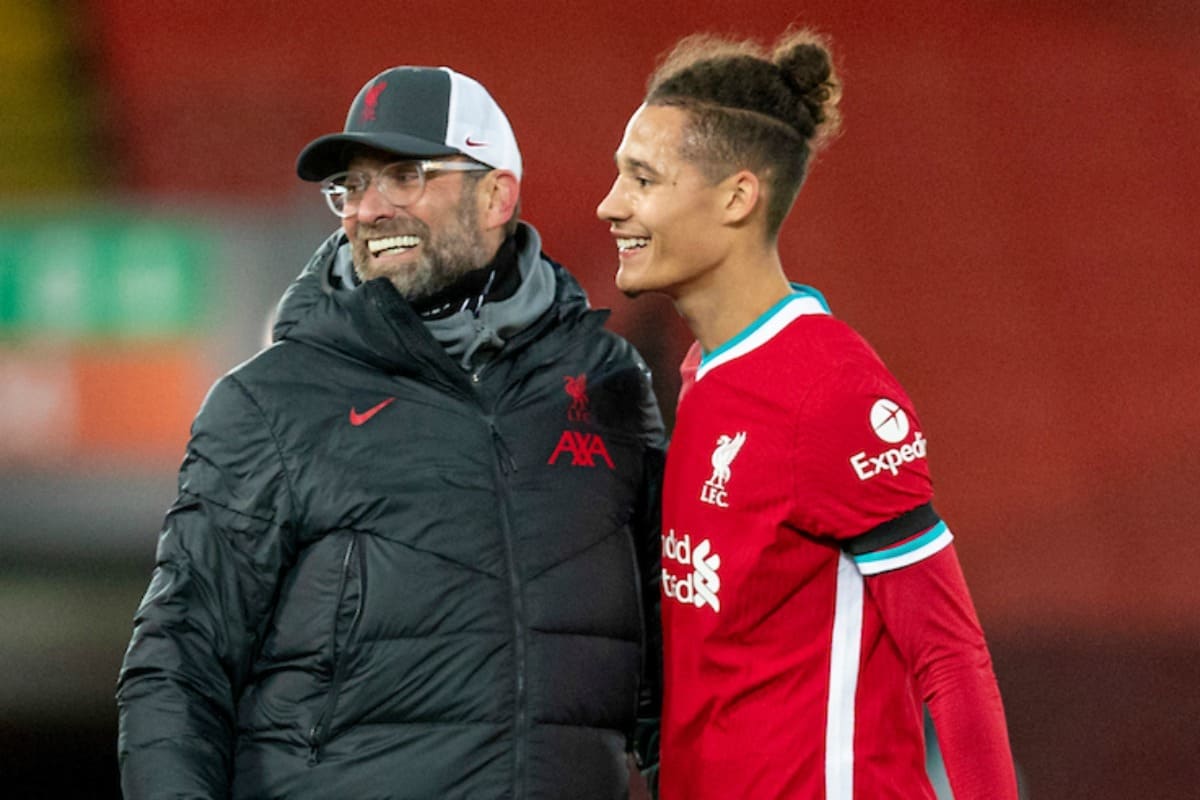 Jurgen Klopp has hinted that Rhys Williams will return to the Liverpool under-23s squad following new arrivals at centre-back, with an “open race” for a first-team spot.

The Reds finally addressed their long-term problem at the back with the signings of Ozan Kabak and Ben Davies, though it is doubtful either will be ready to start against Brighton on Wednesday night.

On a wider scale, the arrivals of two new centre-backs finally provides Klopp with options again, despite Joel Matip joining Virgil van Dijk and Joe Gomez on the treatment table for the rest of the season.

Beyond Kabak, Davies and Williams, Fabinho, Jordan Henderson and Nat Phillips have all played at the back in this difficult campaign so far, but the manager has targeted consistency in his first-choice pairing going forward.

It is unlikely he has settled on that yet, particularly as Davies and Kabak are yet to be given a chance in training, but Klopp appears to have decided that a stint with the U23s would benefit the newly 20-year-old Williams.

Sepp van den Berg‘s loan to Preston has left a hole in Barry Lewtas‘ back line, and Klopp has stressed that his No. 46 “needs to play football.”

“For Rhys, for example, it’s different,” he told reporters on Tuesday, when asked about Williams and Phillips’ chances of regular game time.

“Rhys played super games for us. People forget immediately these kinds of things, but we won with Rhys as a centre-half.

“Of course, they have a future here, but for Rhys, the problem is he didn’t play often enough now to get a kind of rhythm.

“So he needs to play football in his age, it makes no sense to either play a few minutes or sit on the bench for two, three games.

“We can give him now the opportunity again to play football and improve, so that’s good.”

If Williams drops down to the U23s, at least on matchdays, Klopp is left with three specialist centre-backs and two capable stand-ins in Fabinho and Henderson, and he has described the tussle for starts as “an open race.”

“The rest is an open race, if you want,” he said, seemingly ruling Williams out of regular contention.

“The players who are here [for longer] actually have a little bit of an advantage, that they know what we are doing.

“But the new players come in and I know they are full of ambition and want to start immediately. That’s all good, so that helps us keep it going.

“The last few weeks it was always the last two men standing play centre-half pretty much, and the rest would build the team around that.

“We then make decisions like we always do usually in a football season, but that we couldn’t do in the last few weeks. Now we can do that again.

“So, as I said, Nat and Hendo worked really good, Fabinho is not too far away so he can play the position obviously, but we now have options again.

“With all the games coming up, that was the thing we had to make sure, that we have these options.

“Then it’s always about the players: to work for a chance, to use the chance. That’s how it is.”