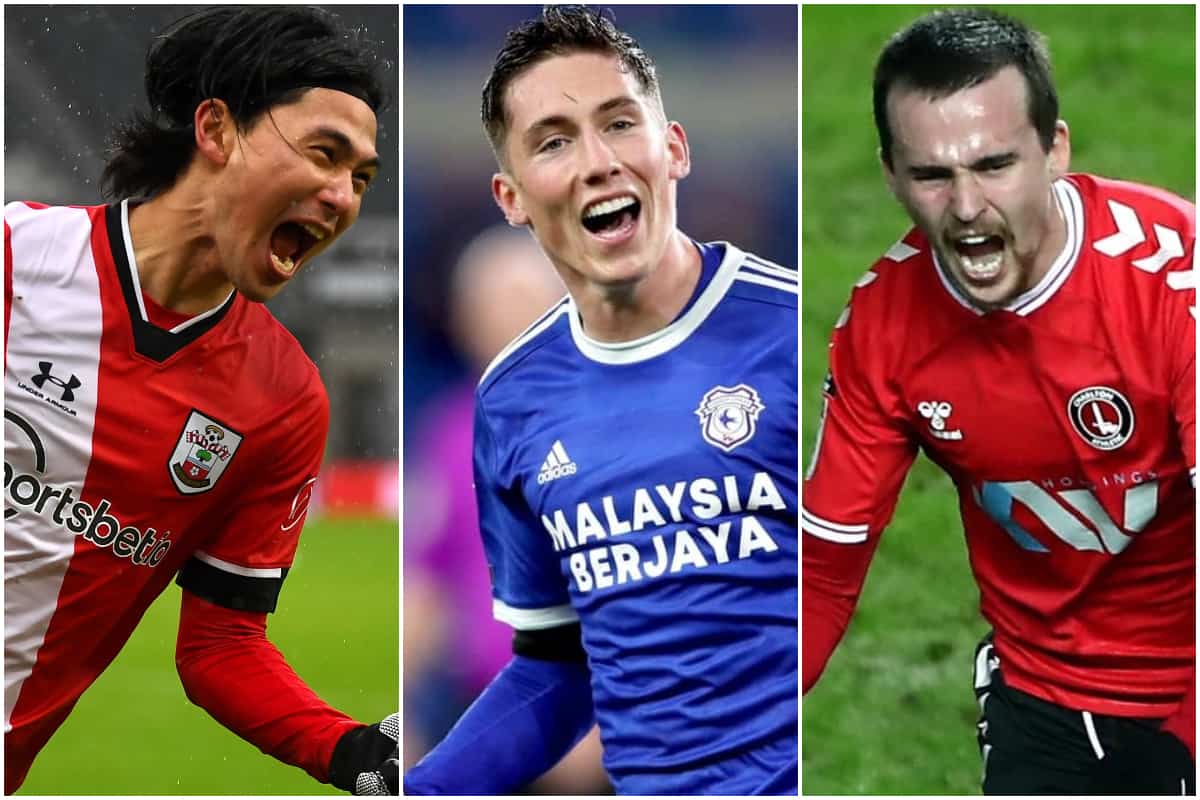 It was a weekend to forget for Liverpool in the Premier League, but a positive one for those out on loan as Takumi Minamino scored on his debut and three others assisted.

Following his surprise move to Southampton on deadline day, it took Minamino just 30 minutes to get his name on the scoresheet as he begins his loan at St Mary’s.

Unfortunately, the 26-year-old’s powerful left-footed strike amounted to nothing as the Saints suffered a 3-2 loss to a Newcastle side that ended the game with nine men due to a red card and an injury.

But it serves as a strong start for Minamino, who left Liverpool in search of the regular top-flight football that Jurgen Klopp hopes will revitalise his career before returning to Anfield next summer.

Anything you can do, I can do better! ??

Southampton are right back in it after Minamino gets HIS debut goal for the Saints! ?

It's all happening at St. James' Park… pic.twitter.com/pQUzxCx1jh

“It’s always good when you come in and immediately score. It was a fantastic goal, I think,” Ralph Hasenhuttl told reporters after the game.

Hasenhuttl added that “he showed in some other movements also that he can help us in the 10 position,” with the Japan international having started in the left supporting role in Southampton‘s 4-2-2-2 formation.

Minamino could keep his place in the Saints’ side on Thursday night, for a trip to Wolves in the FA Cup fifth round, as he looks to find his feet in English football.

Elsewhere on Saturday, Harry Wilson and Sheyi Ojo both teed up goals as Cardiff secured a morale-boosting 2-0 win away to rivals Bristol City.

It was a first start for Wilson under Mick McCarthy, having been demoted to the bench for the previous draws with Barnsley and Millwall while Ojo took advantage, and the Wales international looked to have taken his new manager’s challenge to “impress” on board.

Lining up in the No. 10 role – with Ojo again up front alongside Kieffer Moore – Wilson laid on the first goal at Ashton Gate with a brilliant free-kick from the right, nodded in by Curtis Nelson.

Ojo then set up the result-clincher as, after picking up the ball from Moore on the right, the 23-year-old faded a brilliant cross in for his strike partner to head home.

Liam Millar was the third Reds loanee to tally an assist, with the Charlton winger driving forward on the left flank and, after evading three Rochdale defenders, played it to Chuks Aneke who turned and fired home in a 2-0 win.

It was less positive for Harvey Elliott in the Championship, with the 17-year-old effectively playing up front for Blackburn in their 1-0 loss to QPR.

The 17-year-old, who played the full 90 minutes but only created one chance, reflected on a poignant occasion at Loftus Road after the game, having been a mascot during QPR’s 3-2 win over Liverpool in 2012:

Sepp van den Berg also made his debut as a 72nd-minute substitute in Preston’s 2-1 loss to Rotherham – with a start for fellow new arrival Liam Lindsay suggesting he is not yet first choice – while Adam Lewis came on in stoppage time as Plymouth drew 2-2 with Portsmouth.

In Denmark, Kamil Grabara made it two consecutive clean sheets as AGF Aarhus sealed a 1-0 win over Lyngby, while Taiwo Awoniyi endured a frustrating afternoon in Germany as Union Berlin lost 1-0 at Mainz.