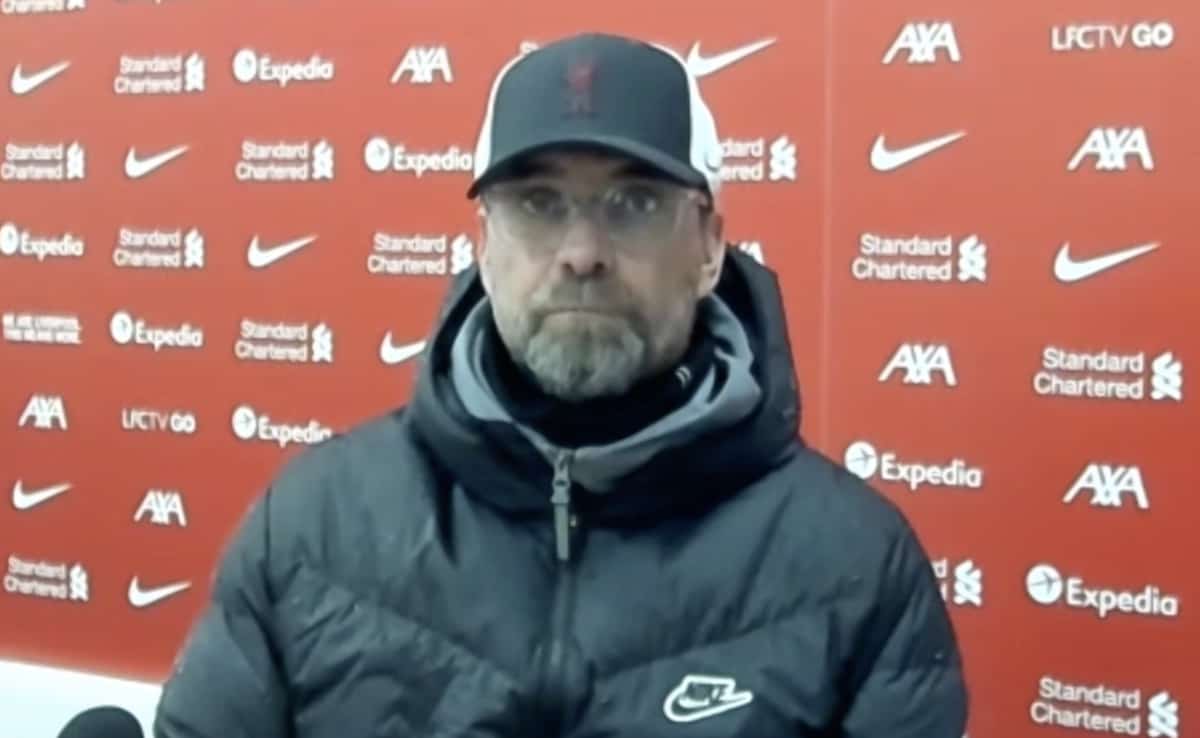 Jurgen Klopp spoke of the mental fatigue which plagued his side in their loss against Brighton on Wednesday evening, where Liverpool were void of any attacking impetus.

It was a performance lacking any cutting edge for Liverpool as they succumbed to yet another Anfield defeat, this time at the hands of Brighton.

The evening proved a frustrating one for the Reds as possession could not be converted into any meaningful chances on goal, which made it three league outings without finding the net on home soil.

With the game arriving three days after the win at West Ham and only one outfield change made to the XI, fatigue was always going to be a factor and it was the mental side which the boss noted.

“They were fresher than us tonight, they did more good things than we did and we lost too many easy balls,” Klopp told reporters.

“The best way to defend [against] Brighton is to keep the ball, to play football yourself but we didn’t create a lot. 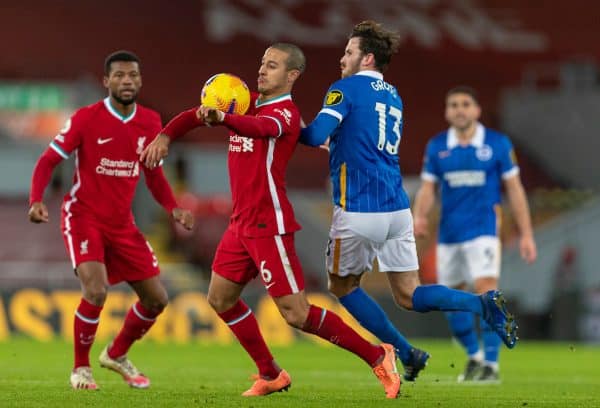 “I’ve said it a lot that, for me, tonight the team looked fatigued, mentally fatigued and that leads to not the best legs as well.

“It was a tough week and today we were not fresh enough, which means we were not good enough to break their formation.”

There were also words on the gap to Man City in the title race and the need “to play better” and to simply focus on the next game rather than the final destination.

And there was a brief update on the fitness of both Diogo Jota and Sadio Mane, with the latter likely to be touch-and-go for Sunday’s clash with City.