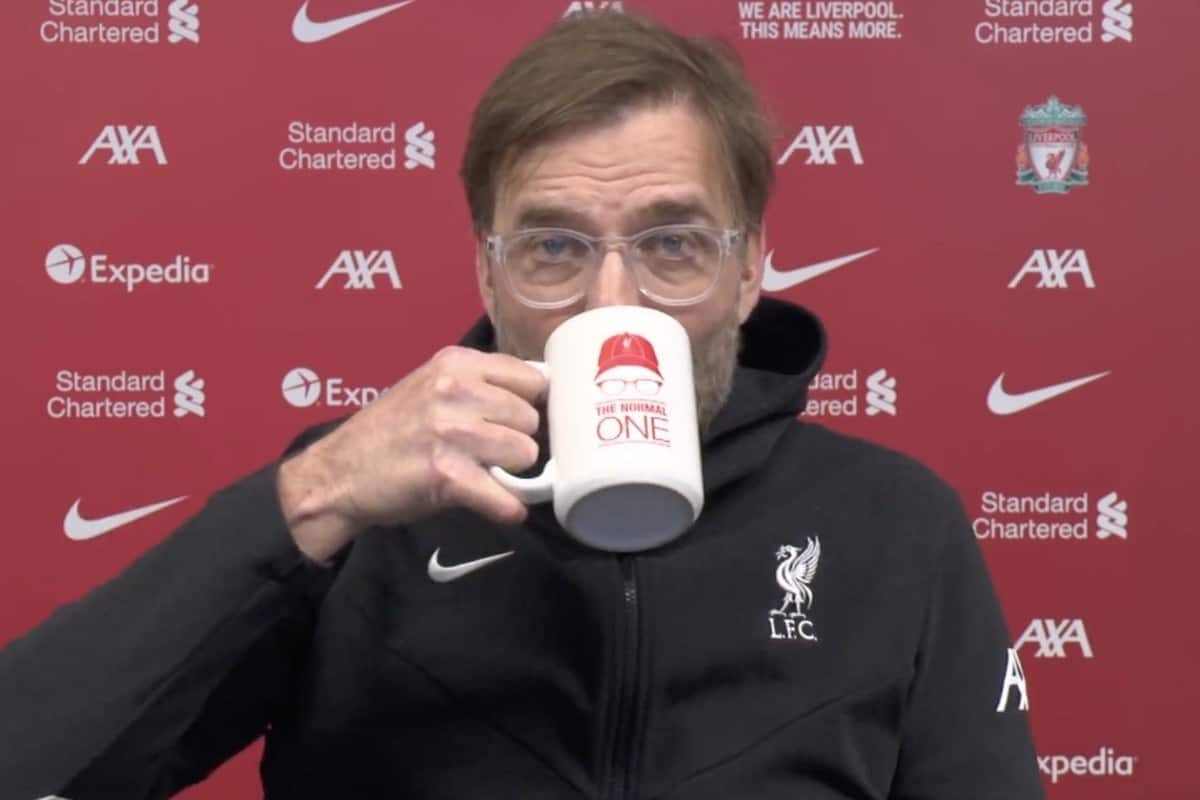 Jurgen Klopp spoke of his “respect” for the job Graham Potter is doing at Brighton, praising the “football-playing” approach that has the boss regularly tuning in to their games.

The Reds welcome Brighton to Anfield on Wednesday evening as they search for three successive league wins after twice returning from London with all three points at Tottenham and West Ham.

The results have been exactly what the doctor ordered after a tumultuous period after Christmas, where Liverpool are now slowly climbing back up the table with 21 games of the season gone.

Next up are a Brighton outfit who sit seven points above the relegation zone, but the common consensus is that their performances do not warrant such a position.

And Klopp spoke highly of the Seagulls ahead of the clash, complimenting their approach to the game while in the midst of fighting for their place in the top-flight.

“I don’t have words to say how much I respect what Graham is doing there,” Klopp told reporters

“I don’t understand it, that’s the Premier League. The way they play is unbelievable, they have a clear idea – good players in the right positions and in the end they lose games anyway.

“It makes it really strange but they stick to their idea and I respect that a lot, and against Tottenham, it paid off.

“It was a well deserved three points and they could have scored earlier in that game. They are a football-playing side.

“I think you can say Brighton are fighting to stay in the league with the points they have, but it’s really nice that they can show you can fight while playing this style of football.

“I often, not because Adam Lallana is there, try to see them as often as I can and I know how good they are. It will be a tough one, they defend well and they attack especially well so we have to be ready.”

As expected, the boss was asked a number of questions pertaining to the new additions of Ben Davies and Ozan Kabak, who are unlikely to start on Wednesday, in addition to the departure of Takumi Minamino.

There was also a word on the season-ending injury to Joel Matip and the need to believe in a “miracle” for Virgil van Dijk to feature again this season.