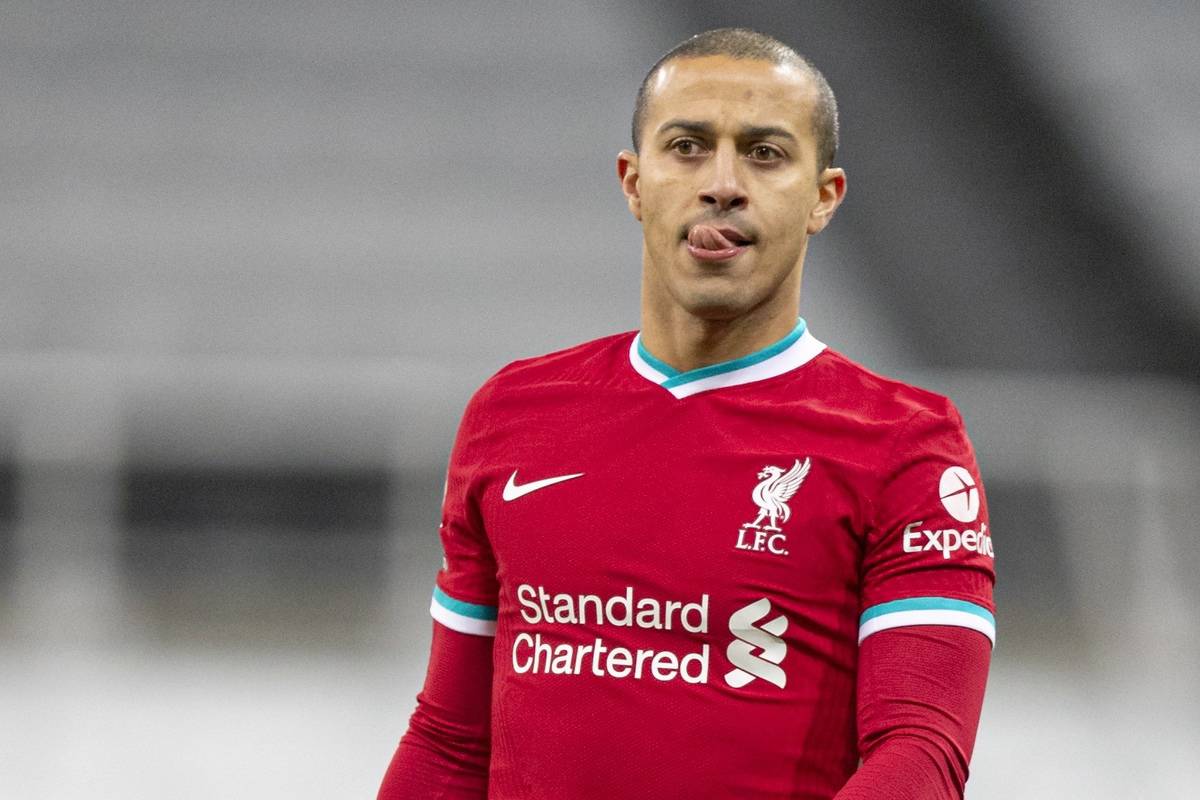 Thiago admits he had “options to return” to Spain to play in LaLiga, but that it was an “easy decision” to join Liverpool and “live the experience” of the Premier League.

The Reds pulled off an excellent deal last summer by agreeing a £25 million fee with Bayern Munich for Thiago, though it has been a tough start to life on Merseyside for the 29-year-old.

He is growing into Jurgen Klopp‘s side, however, and has established himself as a key player following a period of injury and illness earlier in the campaign.

Thiago has previously spoken about the adjustment period required upon his move from Germany to England, and in an interview with AS, the No. 6 has revealed that he turned down the relative comfort of LaLiga for another challenge at Anfield.

“I had options to return [to Spain], but it was clear to me,” he explained.

“[The reason for] leaving Bayern was to be able to live the experience of the Premier League, a very competitive league.

“When I got the call from the coach and the club, it was an easy decision to choose the destination, but it was difficult to choose if I really wanted to leave Bayern.

“In the end it happened and I am very happy.”

Thiago went into further depth about the change in style at Liverpool, where the options in attack allow him to play both long and short passes, while in the Premier League he says “you live continuously in a duel.”

However, while there have clearly been teething pains in his first months under Klopp, he feels there is a similarity between the Reds and his former clubs in that they all have a “winning gene.”

“In the end, what we all want is to play in a winning style,” he reflected.

“I have been lucky enough to play for two teams that throughout their history have had a winning style, like Barca and Bayern.

“And right now I am in one, Liverpool, which also has that winning gene.

“It is a time of evolution, of learning. You have to be better than the previous year if possible.”

It is a testament to Thiago‘s ambition that, on the back of winning the Champions League with Bayern, he opted against the ‘safer’ option of LaLiga – and possibly a return to Barcelona – for a new test in England.

This speaks volumes about the player and the man, and should benefit Liverpool greatly moving forward.